This chilly thriller will plant roots in your subconscious and linger there for weeks. 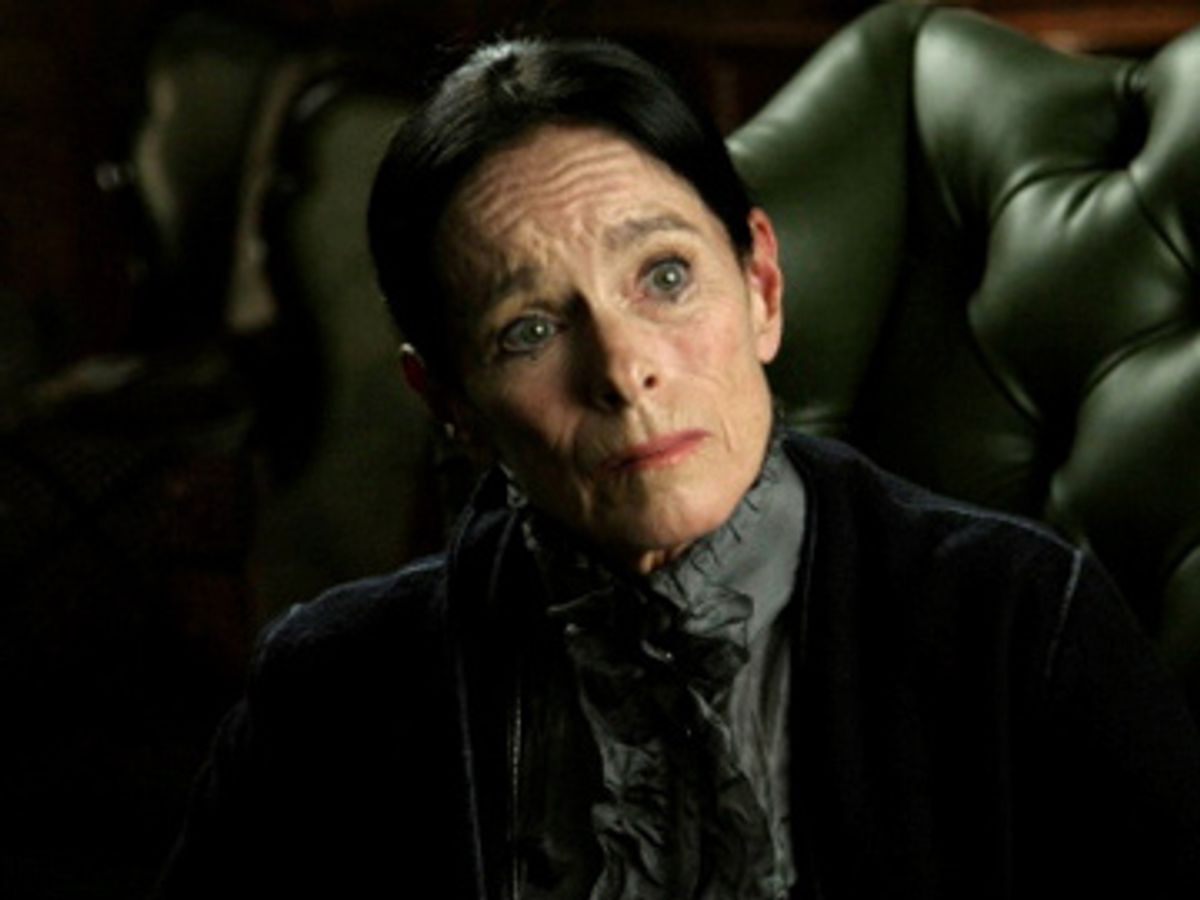 Much of the media attention devoted so far to "The Orphanage," a gothic thriller that marks the feature-film debut of Spanish director Juan Antonio Bayona, has resulted from the picture's apparent connection to Guillermo del Toro and his international hit "Pan's Labyrinth." Bayona is indeed a protégé of del Toro's, and the latter not merely produced "The Orphanage" but also helped present it to the press last May in Cannes, in a rollout modeled closely on the one that generated such enormous buzz for del Toro's film a year earlier. (I myself attended a breakfast meeting with del Toro and Picturehouse head Bob Berney to talk about Bayona's picture, and here I am writing about it seven months later. Mission accomplished. The food was great!)

There's no such thing as bad publicity, or so they say, but at some point Bayona and his movie have to stand or fall on their own, and in fact "The Orphanage" is nothing like "Pan's Labyrinth" or any other of del Toro's adventurous fantasy pictures. It's a cannily constructed woman-in-a-haunted-house yarn with a certain chilliness at its core and a murky theological undercurrent. When I first saw "The Orphanage," I found it an overly clinical genre exercise whose sentimental moments felt forced, but it will also plant roots in your subconscious and linger there for weeks. If you're looking for parallels, it's much closer in mood and spirit (ha!) to Alejandro Amenábar's 2001 hit "The Others," which is to say it belongs to the universe of ambiguous, psychological ghost stories pioneered by Henry James' "Turn of the Screw."

Bayona builds his film around a series of oppositions or dichotomies, both technical and thematic. First of these, perhaps, is the fact that "The Orphanage" is a careful, elegant work that looks a little rough around the edges; it was shot largely with natural light and employs minimal special effects. (There are a few, and one of them is especially shocking amid the film's mode of low-key naturalism.) The coastal landscape of Asturias, in northwestern Spain, is more Atlantic than Mediterranean; so the sunlight is a bit weaker and the shadows a bit deeper than you might expect from Europe's warmest, sunniest nation.

Into that sunlight and those shadows comes Laura (Belén Rueda), an angular, worried-looking redhead who has persuaded her husband, Carlos (Fernando Cayo), to buy the abandoned orphanage where she was raised. They hope the fresh air and rugged setting will provide a wholesome environment for their chronically ill adopted son, Simón (Roger Príncep). Against the advice of everyone around her, Laura even intends to reopen the facility as a home for children with mental disabilities.

Mind you, implying that there is anyone around Laura is slightly misleading. Carlos and Simón almost seem like background players in her psychological drama; she barely notices them. Another of the film's seeming contradictions is that it focuses so intently on one character, played by Rueda with marvelous control as a bundle of barely suppressed neuroses, who always remains just beyond our understanding. Laura's good intentions toward her intended charges, and her love for Simón, can't quite mask the pain of her own childhood, or the fact that there are hidden secrets in the orphanage, or in her, or simply in the world.

As in any self-respecting movie of this kind, it's the sensitive child who begins to make contact with the mysterious outer (or inner) otherness. Simón has always had imaginary friends, so when he meets an invisible child named Tomás in a cave near the beach and invites him home, Laura thinks nothing of it. Bayona builds the tension in minimal, implacable, Stephen King-like fashion as ordinary objects begin to move inexplicably around the house, and Tomás -- along with five other children Simón "meets" -- insists on playing an increasingly sinister game of hide-and-seek, one in which increasingly precious things are hidden and become ever more difficult to find. During a party meant to welcome the new arrivals to the orphanage, Laura herself sees a strange masked child who may be Tomás, and Simón himself disappears.

Certain vulnerable viewers (that is, parents of young children, such as myself) should approach "The Orphanage" with extreme caution. Everything that happens in the second half of the movie, and maybe the first half too, is subject to interpretation, but by anybody's interpretation the story takes some tragic and upsetting turns. Let's put it this way: When Simón goes missing, Laura and Carlos are surrounded by frustrating but compelling clues about what's happened to him. There's a creepy old lady (Montserrat Carulla) who's been hanging around the place and seems to know more about Laura and her past than she should. The various mediums and mystics who descend on the family may be seers and may be charlatans, but one of them (Geraldine Chaplin, who has lived in Spain for many years, in a mesmerizing cameo) offers a blood-chilling spectral-vision tour of the old house that seems to unlock some of its buried secrets.

Bayona's final and most important thematic opposition is a simple one. At its most literal level, "The Orphanage" is a story about a marriage in trouble, and like all such stories it subtly demands that you take sides. Between Carlos and Laura, whom do you believe, and whom do you blame for what may or may not have befallen Simón? Those questions are woven through every second, every frame, of Bayona's film. How you answer them will determine whether you take "The Orphanage" at its most evident meaning, as a saga of ghostly visitations and spiritual redemption, or see it as something darker and more desolate than that.