Clinton pitch: She's whatever you want her to be 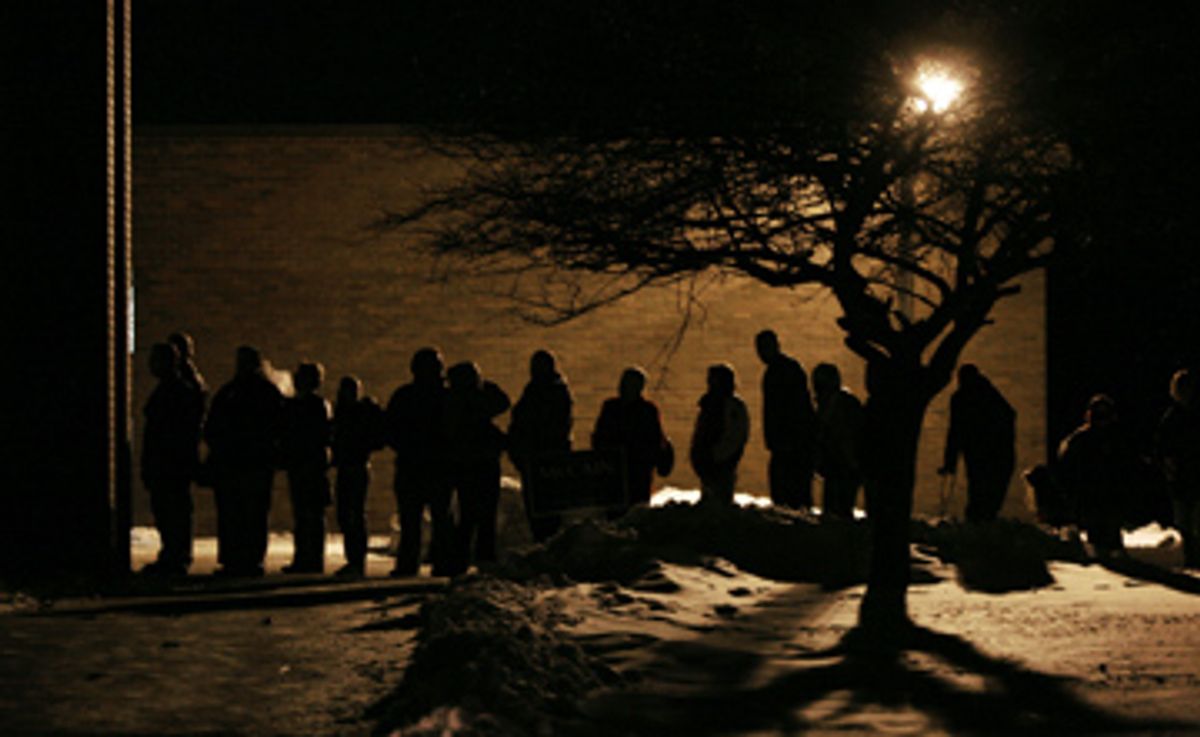 As Iowans begin caucusing -- and we're hearing early word of a large Democratic turnout that could bode well for Barack Obama -- the New York Times is catching a glimpse of a "slick little spiral bound book" the Clinton campaign has provided to its precinct captains. It contains hints on how the captains can persuade caucus-goers who have cast their lot to non-viable candidates -- those drawing under 15 percent in the first round of causing -- to switch over to Hillary Clinton.

The gist of the thing: Here's how Candidate X appeals to caucus-goers. Your job is to persuade that candidate's supporters that "Hillary is similar."