The Illinois senator with magnetic appeal still faces a formidable foe in Hillary Clinton. But his decisive win in Iowa propels him toward the Democratic nomination. 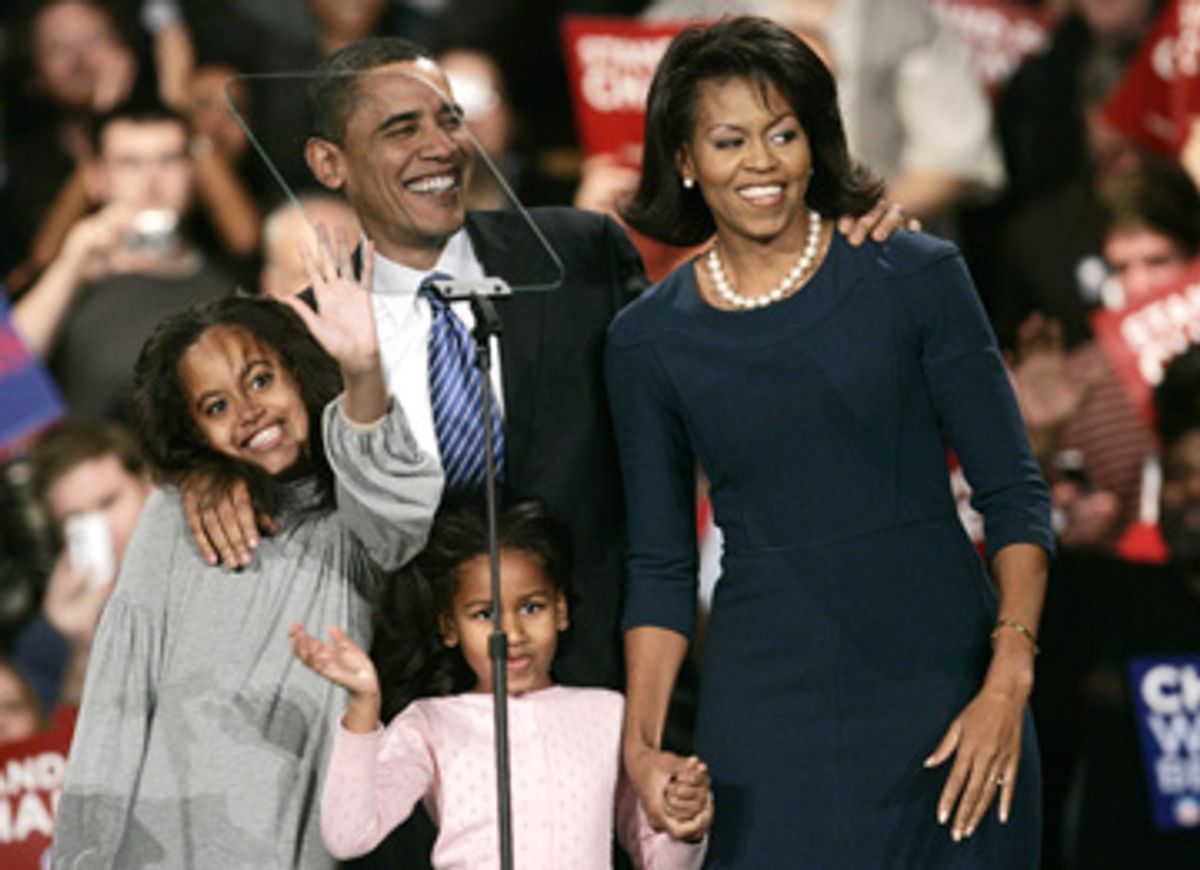 Early Thursday evening -- before Barack Obama's breakthrough victory had been signed, sealed and delivered -- Iowa attorney general Tom Miller looked out at the army of hope-mongers in his own home precinct. "I thought we had a chance to win," he said, "but nothing like this." Then Miller, who last February was one of the first major Iowa political figures to endorse Obama, said with wonder in his voice, "He's going to be the next president."

There are many rivers to cross before Obama is greeted with "Hail to the Chief." But this is the moment to marvel at what the first-term Illinois senator -- virtually unknown in the nation before his epic speech to the 2004 Democratic Convention -- has already achieved. A semireluctant candidate just a year ago, Obama defeated Hillary Clinton and the politics of inevitability in a state that destroyed anti-establishment candidates like Howard Dean and Bill Bradley. By leading the way to attract 236,000 Democrats to the raucous rough-and-tumble of a caucus -- nearly double the 2004 turnout -- Obama turned Iowa's first-in-the-nation contest into a virtual primary.

Despite her third-place finish in Iowa (a hairsbreadth behind John Edwards), Clinton remains a formidable foe with the money, institutional backing and comeback-kid tenacity to battle Obama through the Feb. 5 primaries and beyond. Political handicapping always carries the danger of overreacting to the last burst of news -- and "Hillary in a Hil' of a Fix" is certain to become the next campaign narrative.

The Clinton team had prayed for temperate weather to bring out its post-Social-Security-age women supporters. Mother Nature complied, but Clinton was still obliterated by both Obama-mania and the crazy-quilt rules of the Iowa caucuses. While precise numbers are not available (because the Iowa Democratic Party will not release first-round raw vote totals), Clinton appears to have been hurt by her inability to win over backers of other candidates. In Miller's Des Moines precinct, Clinton won only three of 42 votes that were up for grabs when other candidates did not meet the 15 percent threshold needed to win delegates.

New Hampshire, which was once touted as Clinton's firewall state, is apt to put more kindling on the Obama fires when it votes next Tuesday. Clinton's lead in most New Hampshire polls is likely to be wiped out when the next round of polling reflects the halo effect of Obama's Iowa idyll. New Hampshire is an affluent state that easily embraces cerebral reformers like Gary Hart (1984) and Paul Tsongas (1992). While the campaign in New Hampshire now will be truncated into five madcap days, the results from the first primary state will hover over the Democratic field until South Carolina votes on Jan. 26. It remains murky whether the Jan. 19 Nevada caucuses will be treated as a major contest or merely as a brief respite between the kickoff primaries.

John Edwards has become the Avis of the Iowa caucuses, always trying harder and always finishing second. The Edwards campaign -- which always knew that it would fall short if turnout exceeded 140,000 Democrats -- was bravely trying to put the best possible we-beat-Hillary face on an emotionally stinging defeat. Running third in all the New Hampshire polls and even weaker in South Carolina, the underfunded Edwards needed the burst of free publicity that would have accompanied a crowning victory in Iowa.

Thursday was a rough night for the candidates who boasted about their traditional experience in defiance of all the post-9/11 prattle about the importance of a long résumé. Bill Richardson -- the only candidate who has either been governor or run a Cabinet agency -- is heading to New Hampshire on a wing and a prayer after picking up only 2 percent support in the final caucus tallies. Joe Biden and Chris Dodd, who both campaigned gallantly to the end despite bleak prospects, dropped out Thursday night to return to the Senate, where they have collectively served for 62 years.

There will be many attempts in the next few days to define Obama's magnetic appeal -- and to explain why Iowa, one of the most monochromatic states in the nation, turned its love light on a candidate whose grandmother lives in a village in Kenya. It may be a case where emotion (the bring-us-together hopes projected onto Obama) trumps clear-eyed rationality (Clinton's here-are-my-programs approach to politics) and populist fervor (Edwards' crusade against "corporate greed").

It is striking how Obama's rhetoric differs from standard political oratory by being a statistic-free zone. In the closing days in Iowa, Obama might talk for 40 minutes in a tiny town like Perry while citing only one or two numbers. In contrast, Clinton on the stump is a human pocket calculator, constantly telling voters how much purchasing power they have lost under Bush (about $1,000) and how many jobs were created under Bill Clinton (lots!). Even Edwards spices his talks with a burst of numbers about the extent of poverty in America.

But for Obama, the only number that matters is his comfortable 8 percent victory margin over Edwards and Clinton. With the (winter) wind at his back heading into New Hampshire, Obama is now the favorite in a contest almost certain to give the Democrats either an African-American or a woman presidential nominee. But Hillary Clinton may soon be reminding voters that one candidate managed to make it to the White House despite losing both the Iowa caucuses and the New Hampshire primary -- and that late bloomer was none other than Bill Clinton in 1992.