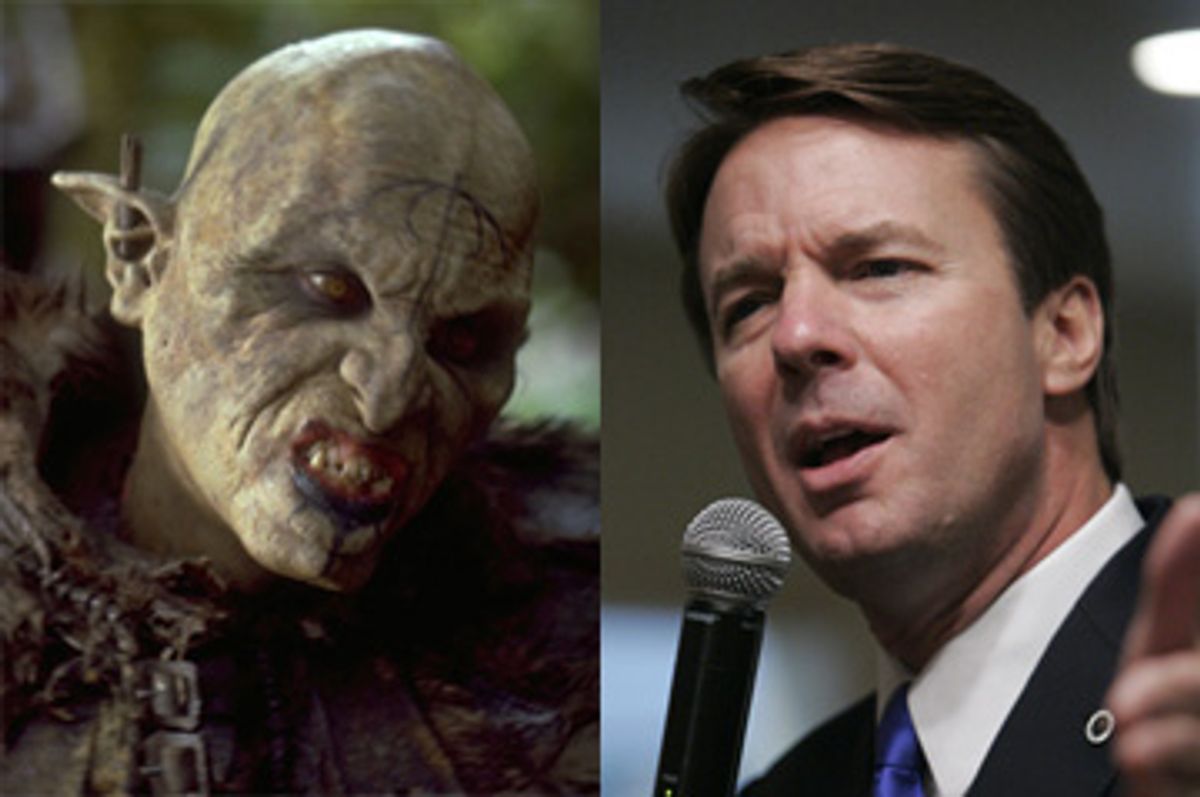 John Edwards is one classy guy. As some of you may have heard, an exhausted-sounding Hillary Clinton got a bit choked up on Monday while speaking to voters in Portsmouth, N.H. She did not cry, but her eyes got watery and her voice became congested when replying to a woman who asked her "How do you do it?"

"It's not easy," Clinton said, "and I couldn't do it if I didn't passionately believe it was the right thing to do. You know, I have so many opportunities from this country, and I just don't want to see us fall backwards."

Edwards, speaking to reporters in Laconia, N.H., later in the day, took advantage of Clinton's emotional display to helpfully point out, "I think what we need in a commander-in-chief is strength and resolve, and presidential campaigns are tough business, but being president of the United States is also tough business." Oh, we've loved him in the past, when he behaved like a presidential candidate who cared about women and women's issues; when he hired Kate Michelman as a campaign advisor; when he talked persuasively about poverty and class, issues at the very heart of the struggle for equal opportunity and justice in the United States.

But with this small, small utterance, Edwards has revealed so much more about himself than we ever knew. About how he's such a tough man (with such shiny tough hair) that despite being unable to actually win elections himself, he's strong and resolved enough to pick the meat off the carcases of the former front-runners like a big, tough, strong vulture.

Edwards, who repeatedly sided with ascendant Barack Obama over struggling Clinton in Saturday's Manchester debate, seems to be running with unbridled enthusiasm for second place in the Democratic presidential primaries. Clearly, Clinton's show of emotion -- which is already being picked apart by other critics as a manufactured moment designed to showcase a humanity they believe her not to possess -- gave him just the opportunity he needed to point out what a weak-willed, watery-eyed lady she really is.

For the record, Obama was asked about Clinton's welling up, and told reporters, "I didn't see what happened ... [but] I know this process is a grind, so that's not something I care to comment on."