On foreign policy, he is talking up his visits to the Holy Land. But it may really be about courting believers in Armageddon. 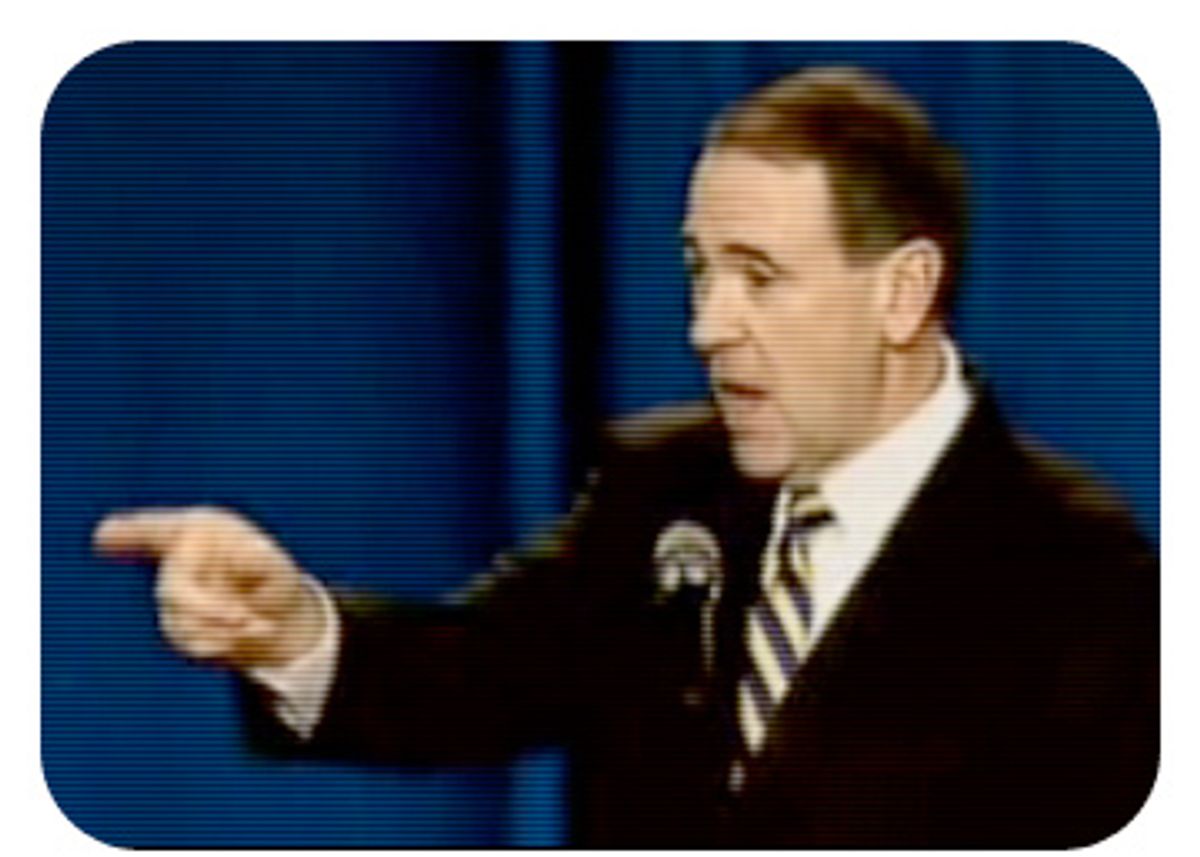 Ask Mike Huckabee if being governor of Arkansas gave him enough foreign policy experience to be president of a nation at war, and he's got a ready answer. At a press conference here Thursday, he ticked off 12 countries and two continents he'd visited to prove his experience. Usually, one country in particular stands out from the list. "I've been to Israel nine times," he said.

Huckabee said the same at a debate in New Hampshire a couple of weeks ago, also mentioning Iraq and Afghanistan at the time. A few days after that, at another debate in Myrtle Beach, S.C., he lectured Ron Paul on the Middle East. "We've got one true ally in the Middle East, and that's Israel," Huckabee said. "It's a tiny nation ... I've literally traveled from Dan to Beersheba, and I understand something of that nation and the vulnerability of it." Again and again on the campaign trail, Huckabee cites his trade missions as governor -- as well as his earlier, church-affiliated trips to the Holy Land -- as proof that he'd make a credible commander in chief.

Huckabee's posturing on foreign policy boils down to two things: Get tough on terrorists, and stand strong with Israel. "As president, I will always ensure that Israel has access to the state-of-the-art weapons and technology she needs to defend herself from those who seek her annihilation," Huckabee states in a brief on his campaign Web site.

Huckabee's frequent Holy Land name-dropping is no doubt part of his campaign strategy -- he's a small-state governor trying to burnish his foreign policy credentials in a race against rivals, including a war hero. But there could be less than meets the eye with his professed experience with Israel. Indeed, his background with visiting the close U.S. ally appears to have much more to do with his religious beliefs than issues of U.S. national security.

A former Baptist pastor, Huckabee is aggressively courting votes from his fellow evangelical Christians, which could have much to do with all the Israel talk. One of his prominent supporters of this ilk is the Rev. Tim LaHaye, who has mixed foreign policy and radical theology into a bestselling formula. LaHaye's "Left Behind" books -- more than 65 million copies sold -- use the Middle East as the backdrop for a story involving the Antichrist (the U.N. secretary-general), Armageddon (a massive Mideast war) and the Second Coming (but only after the Rapture brings true believers to heaven and leaves non-Christians behind). LaHaye and his wife, Beverly, the founder of the right-wing advocacy group Concerned Women for America, have known Huckabee for 25 years. They endorsed Huckabee last month around the same time that Huckabee formed the Iowa Pastors Coalition, a group of ministers backing his campaign. The group helped win him enough support from conservative Christians to beat Mitt Romney in the key opening caucuses there.

LaHaye's books seem like what you might get by crossing Jerry Falwell and Tom Clancy. The novels combine the Book of Revelation with international intrigue, using a literal interpretation of the Bible. After believers are whisked away in the Rapture, the Antichrist-led United Nations rules the world during a time of war, earthquakes and plagues. Only by accepting Jesus as their savior can people make it through the chaos. Israel is important mostly as a setting for the battle between good and evil that takes place there.

LaHaye's Web site makes clear that he often uses the same literalist approach to interpret current events. "Satan, and radical Islamists, would like nothing better than to thwart the plan of God to warn mankind with chaos (like we are now experiencing) before the rapture when all Christians will be taken suddenly to heaven," he wrote after Hamas won Palestinian elections two years ago. After Sept. 11, LaHaye said the world was in a "time of stage setting" for the seven years of "severe judgment and persecution" the Bible says is coming before Christ returns. U.S. foreign policy isn't as important to the novels as events in the Middle East, LaHaye explains in a FAQ on his Web site: "It's not explained in the Scriptures, thus we give it such a minor role. There are no clear prophecies regarding the U.S. in the Bible."

By talking up his trips to Israel, and with his ties to figures like LaHaye, Huckabee may be looking to win support from people who share the books' radical vision, without scaring off other voters who don't spend time thinking about the Apocalypse.

"We need to stand behind Israel, because I belive that Israel is God's chosen country, and Israelites were his chosen people," said Gloria Questad, who heard Huckabee speak Wednesday at North Greenville University (motto: Where Christ Makes the Difference). "That's what it is according to the Word." Questad and her husband, Bruce, live in Vancouver, Wash., but they were visiting Greenville, S.C., to see their son, who goes to college here. They're firmly behind Huckabee. "He's a God-fearing man and a Christian," Bruce Questad said.

Religious leader Don Moore downplays Huckabee's fascination with the end times. "That never was something that seemed to be a preoccupation of his," Moore said, who served as the executive director of the Arkansas Baptist State Convention when Huckabee was its president in the 1990s. "I would doubt that Mike would be too interested in that." And Huckabee advisors insist that he doesn't bring his personal religious beliefs into discussions on foreign policy or otherwise. "The only time it comes up is when you guys (in the press) ask," said Jim Pinkerton, a senior policy advisor to the campaign.

But that's not exactly the case. In the battle for South Carolina, Huckabee is spending considerable time at churches or church-affiliated institutions upstate, in places like North Greenville. Still, when he talks about his faith, he tends to place it in the context of social justice and economic populism, rather than foreign policy.

In fact, Huckabee's Israel trips seem to have little bearing beyond the surface talk in his campaign linking it with foreign policy readiness. Huckabee led one trip as governor of Arkansas to Israel in 1999, at which point he met with some Knesset members. But when asked about the trip by Salon, Huckabee's press secretary at the time, Rex Nelson, didn't even remember that the trip took place -- he recalled only trade missions to places like Japan and Mexico. And Huckabee's nine trips to Israel between 1973 and 1999 were mostly focused on the Middle East of a few millennia earlier. Huckabee aides said he led church groups, not government delegations, when he went, and the itineraries were narrowly tailored to religious sites.

Huckabee maintains that his foreign travel, including the trips to Israel, was good presidential preparation. "If you make a trip overseas, you have a better perspective of the world," he told Salon during a news conference on Thursday. "Some of the most enlightening trips, quite frankly, were the trips that were made in a personal capacity, because I didn't have anybody sort of leading me through the official version of what they wanted me to see and hear," he said.

In a Republican campaign that his rivals are trying to make about foreign policy, Huckabee has spent relatively little discussing what his would be.

"You have to forgive us -- in the middle of Michigan and South Carolina, we're not issuing 35-page policy papers on NATO," his advisor Pinkerton said.

But if his campaign doesn't start issuing them soon, voters may begin to wonder whether he's taking strategy tips for handling global affairs solely from a higher power.