Mobsters in a medieval wonderland 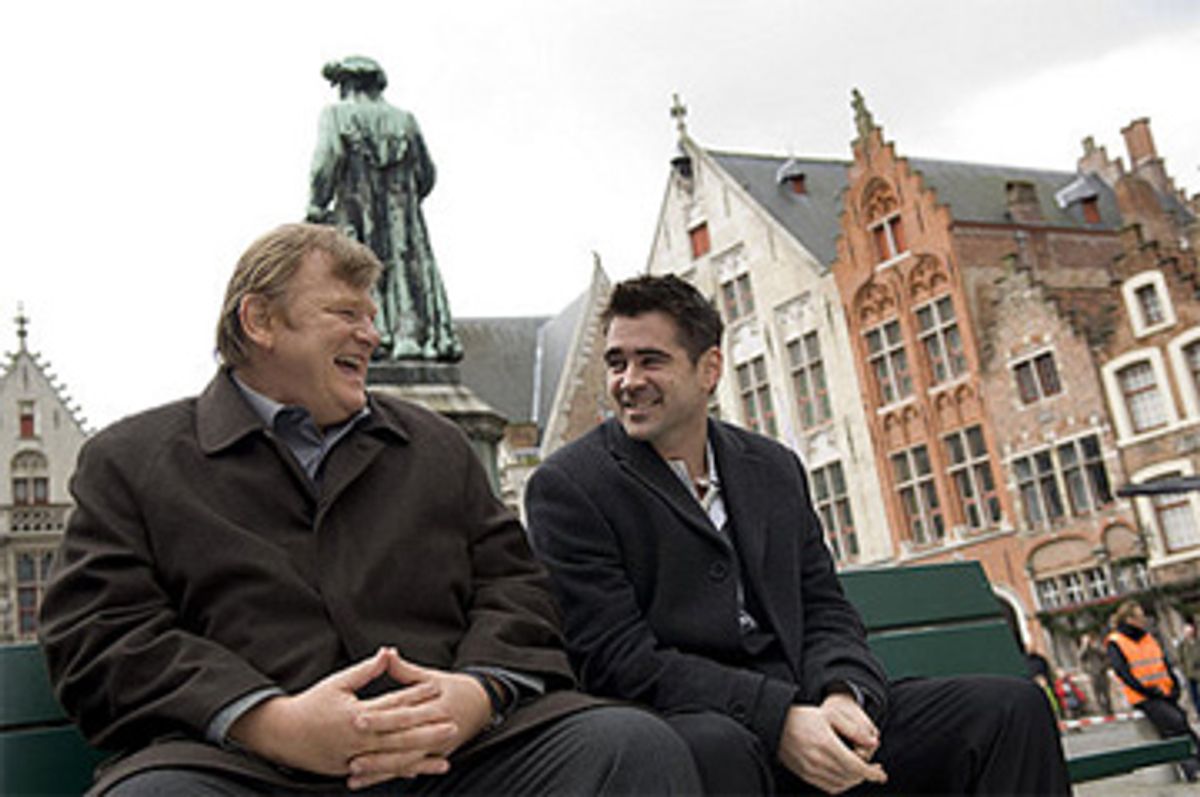 PARK CITY, Utah -- If there's a prime directive for opening-night films at Sundance, this is it: Keep everybody awake. People poured into this ski resort 40 minutes east of Salt Lake City by the thousands throughout Thursday afternoon, most of them having just emerged from long flights that began in the small hours, somewhere far away. Skies were leaden and the Wasatch wind was biting, but quite a few people hit the slopes before the festival's official kickoff. (You can ski free on your arrival day here.)

So by the time winter night descended on Park City with the force of a slamming freezer door, you could feel the fatigue as an almost tangible presence. Many of the new arrivals were planning to party long into the night, after all; wouldn't the perfect use of the early evening hours be a nice long nap? Take all these tired people dressed in fetching fleece and down fashions and bundle them into rows of comfortable chairs in a warm, dark indoor space, and the potential for epidemic stupor is high. Long, slow, contemplative film-going experiences are pretty much out.

Well, whatever you want to call "In Bruges," the film-directing debut of Irish-British playwright Martin McDonagh -- is it a thriller or a spoof of one? A dark comedy? An intellectual conceit? A religious allegory? -- it definitely isn't long or boring or slow. A loopy, violent fable about two London-Irish hit men who are sent, for unclear reasons, to the medieval Belgian city of the title, "In Bruges" is a deliberately unstable mixture of ingredients. It has scabrous, foulmouthed and frequently hilarious dialogue and it has earnest conversations about sin and the afterlife. Its hero is a handsome young fellow with his heart in the right place. He's also an ignorant bigot who, as we learn, has done something really awful. And that's not counting the fact that he hates Americans, punches out a woman in a restaurant, steals massive amounts of drugs from a woman while he's on a date with her, and karate-chops a dwarf.

OK, right now you're saying to yourself: Oh no, not another movie in which a dwarf gets karate-chopped! Actually, you may be saying that "In Bruges" so far sounds like yet another self-aware B-movie in the Tarantino-Rodriguez tradition -- and while that's not entirely wrong, it isn't right either. Simply assigning it to that category would undervalue the insistent and at least partly serious Christian symbolism running under the surface of the picture, the power of McDonagh's wild swings from vicious comedy to full-throated pathos, and the sheer loveliness of cinematographer Eigil Bryld's images of Bruges itself.

It also doesn't take into account the performance of Colin Farrell as Ray, the younger of the vacationing hit men (and the chopper of dwarves), which is by far the funniest and best work I've ever seen Farrell do in a motion picture. He always seemed less like an actor than like a natural-born movie performer, one of those good-looking Irish rascals with an innate ability to charm dogs, kids and old ladies (along with a significant number of younger ladies). Ray's just that kind of Celtic charmer himself, but Farrell plays him as a man almost visibly at war with himself at every moment, his natural puppy-dog enthusiasm under attack from his violent temper, his provincial narrow-mindedness and his amazingly ill-informed opinions on any and every subject.

Ray pronounces Bruges a "shithole" before he's even seen it, and refuses to allow the canals, cobblestones and glorious collections of Gothic architecture and medieval Christian art to change his mind. ("I'd never even heard of fuckin' Bruges," Ray tells us in voice-over during the opening credits. A beat later, resentfully: "It's in Belgium.")

Ray hates Bruges and can't wait to get back home, but of course he's the one who's going to fall in love in Bruges and become unable to escape the place. Ken (Brendan Gleeson), the senior member of the pair, views Ray with undisguised fondness and seems, at first, to be a mild, avuncular fellow delighted to while away a few weeks of his later life on Flemish paintings and 11th century altars. But if Ken isn't asking too many questions about what their boss back in London (Ralph Fiennes) wants them to do in Bruges besides climb medieval towers and ride canal boats, it may be because he already knows the answers, and halfway suspects the kind of sacrifice that will be demanded from him.

McDonagh is a dazzlingly gifted writer, as those who've seen his plays from "The Beauty Queen of Leenane" to "The Pillowman" will attest. He's well on his way to being a prominent filmmaker as well. Ray and Ken and Harry (Fiennes' Cockney crime lord) are certainly crime-movie archetypes -- solitary men of honor and violence, curiously loyal even as they seek to murder each other -- but such vividly colored examples that they seem like human beings too. The world McDonagh builds around them, even if a great deal of it is borrowed from other sources -- from Hollywood musicals and Nicolas Roeg films, from "Get Shorty" and Scorsese -- still somehow has a mythic sincerity at its core.

I had the odd sensation of really enjoying the caustic thrill ride of "In Bruges" the whole way, and then coming out into the frozen night feeling a little unsure about it. Its mixture of tenderness and brutality is deliberately awkward, but something about the blend didn't quite work for me in the final scenes, when McDonagh allows himself to be dragged into action-movie cliché. Or maybe that's just the exhaustion talking; I'm one of those Park City newcomers who badly needs some shut-eye.

Hey, speaking of newcomers, welcome to Beyond the Multiplex's new neighborhood, or at least its new apartment building. Kick off your shoes, have a seat, stay awhile! I'll be blogging reviews, news and notes from Sundance in this space over the course of the next week, and we've got at least one exciting new feature to add: Salon's Caitlin Shamberg will be arriving in Park City shortly to shoot video interviews and other multimedia material. Let us know what you think; it's a work in progress.

Once Sundance is over, I'll be back to covering the usual range of news from the indie-film world, but spread out across an entire week, which should provide more light and oxygen to smaller movies, DVD releases and a wider range of reporting. Look for my next Park City report over the weekend.