This schlocky horror movie about a teenager with teeth in her vagina lacks ... bite. 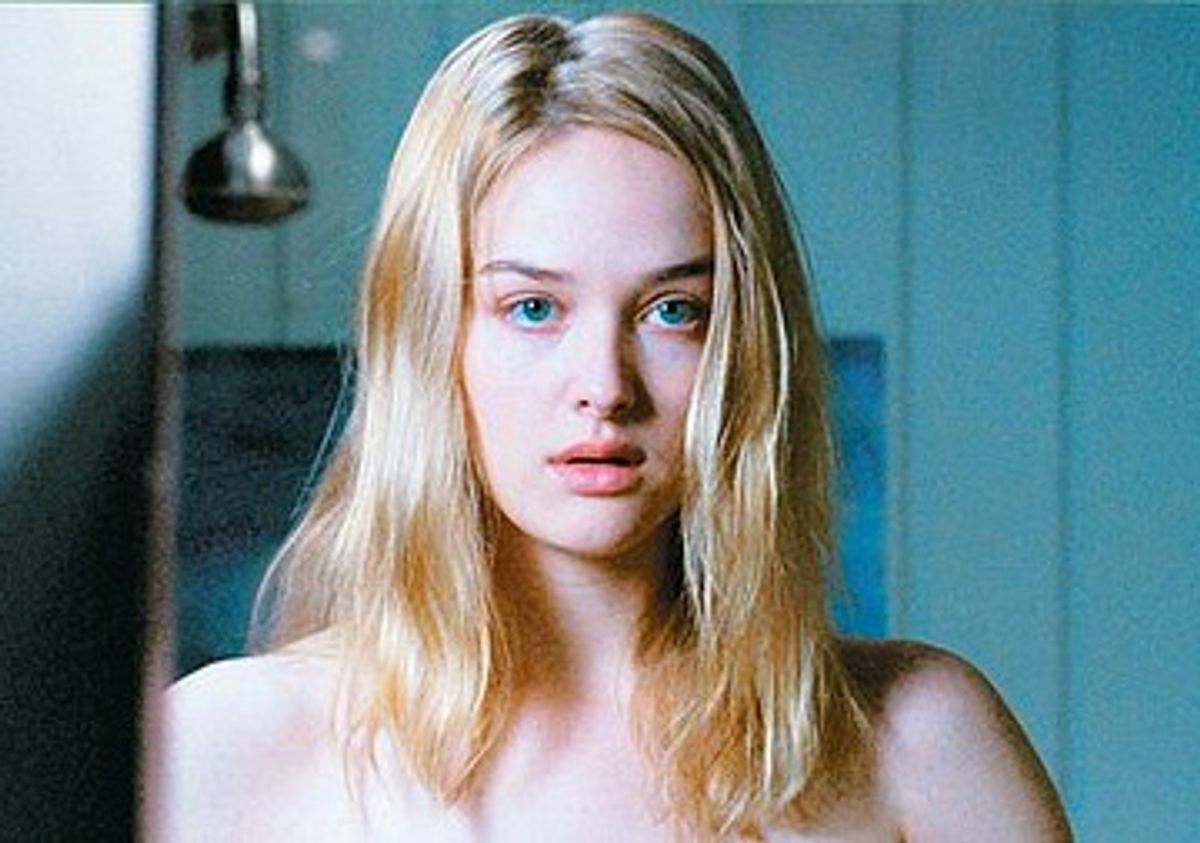 In Mitchell Lichtenstein's "Teeth," a teenage girl discovers that she's a living example of the vagina dentata: When she's sexually assaulted, those choppers chomp down -- they're her body's way of adapting to the more hostile side of mankind. The vagina dentata myth, a handy way of symbolizing male fears about the power of women, has been kicking around for centuries. "Teeth" uses the myth as a framework on which to hang assorted horror-movie conventions -- this is a beast that attacks from within -- and to make a few vague, watery observations about the nature of sexual politics. But the picture is unfocused and indistinct; there's a noncommittal quality to the filmmaking. "Teeth" hinges on one strong idea but doesn't know quite where to take it, wobbling awkwardly between going for laughs and making its semi-delineated points.

Jess Weixler plays Dawn, a sweet blonde who's the chief spokesperson for her school's chastity group. "We have a gift," she tells a group of classmates who have gathered around her. The idea is that you're not supposed to give away your purity to any old schmoe.

But when Dawn meets Tobey (Hale Appleman), a fellow chastity advocate, she finds herself dangerously drawn to him, an attraction that confuses her and eventually lands her in trouble. She also has to deal with the unwanted attentions of her stepbrother, Brad (John Hensley), who, as a toddler, lost the tip of his finger by sticking it in a place where he shouldn't have: The experience appears to have permanently warped his mind.

"Teeth" is mildly entertaining in places -- you can't beat a bloodied, disembodied penis for grim laughs -- but it's not nearly as deep or as thought-provoking as Lichtenstein clearly intends it to be. (He was inspired to explore the vagina dentata myth after first learning about it from one of his college teachers, Camille Paglia.) The picture has a certain earnestness in its favor, but it's dragged down by a lack of wit and energy. The chief reason to see it is Weixler's performance: She has a dewy, dreamy look about her, as if she'd just emerged, blinking, from the center of a giant flower. She's as surprised as anyone to learn that she's not the soft, helpless thing she appears to be. Weixler navigates the drama of that discovery with a degree of subtlety that defies the schlocky silliness of the movie around her. It's a pointed performance in a movie that mostly just gums its subject.