A memo from the Clinton campaign: Hey, look at Florida! 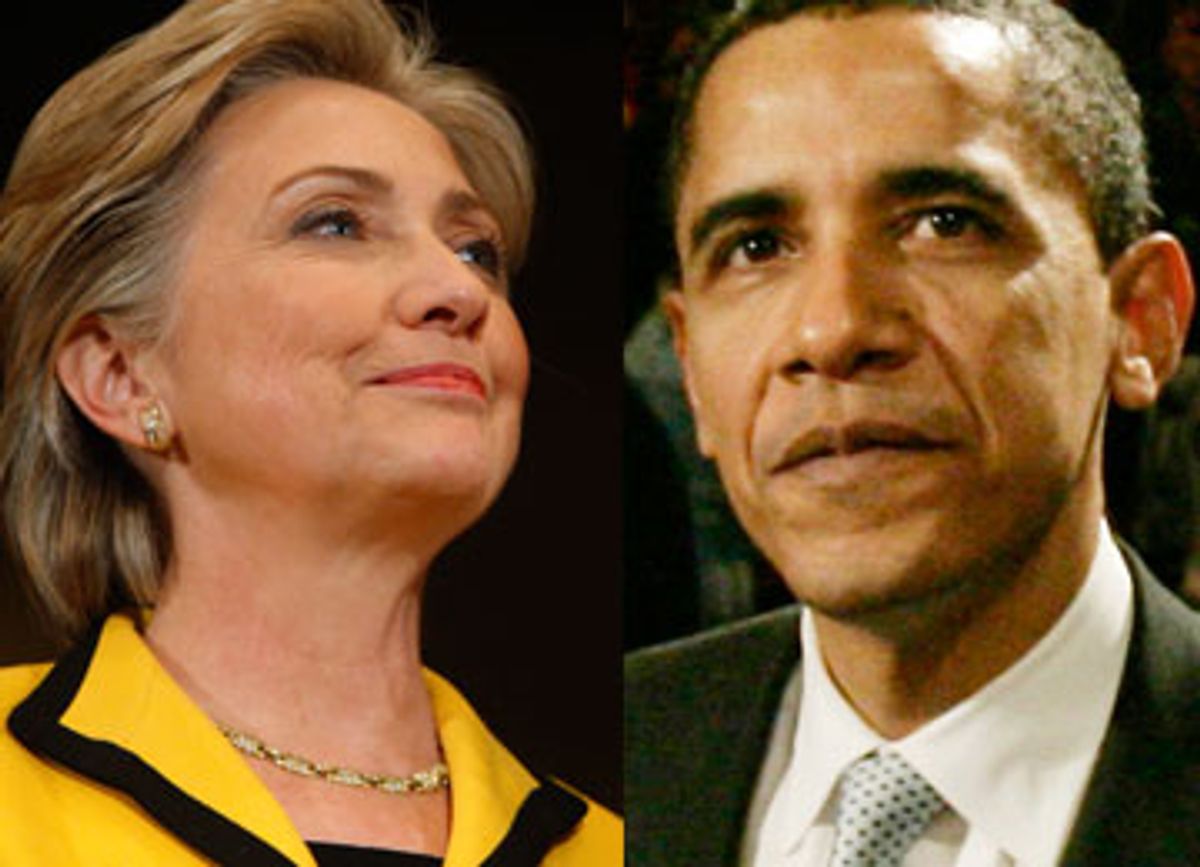 Polls won't close in South Carolina until 7 p.m., but the Hillary Clinton campaign wouldn't mind if we'd just skip over all that and move along to what comes next. In a memo to "interested parties" this afternoon, Clinton campaign communications director Howard Wolfson says that, "Regardless of today's outcome, the race quickly shifts to Florida, where hundreds of thousands of Democrats will turn out to vote on Tuesday."

Call it Phase II of the Clinton campaign's "Hey, Look Over There" strategy. As you'll recall, the DNC stripped Florida of its delegates to the Democratic National Convention when the state scheduled its primary earlier than the party wanted. That turned Tuesday's Florida primary into the same sort of meaningless affair the Michigan primary was -- at least until Clinton issued a statement Friday in which she said that she'd fight to have delegates from both states seated at the convention after all.

Clinton, Barack Obama and John Edwards have all vowed not to campaign in Florida. But in Wolfson's message today, he implies that Obama and Obama alone is blowing off the Sunshine State. "Despite efforts by the Obama campaign to ignore Floridians," Wolfson writes, "their voices will be heard loud and clear across the country, as the last state to vote before Super Tuesday on February 5th."

As for South Carolina? Wolfson writes it off as an all-but-foregone conclusion. "The Obama campaign has been so confident of winning South Carolina that six months ago they flatly predicted victory in the Palmetto State," Wolfson says. "Cornell Belcher, Senator Obama's pollster, stated explicitly to the Politico on July 25, 2007, 'We are going to outright win South Carolina.'"