It's an ode to sensuality! It tackles "risky" material! It's lovable! So why didn't Oscar embrace it? 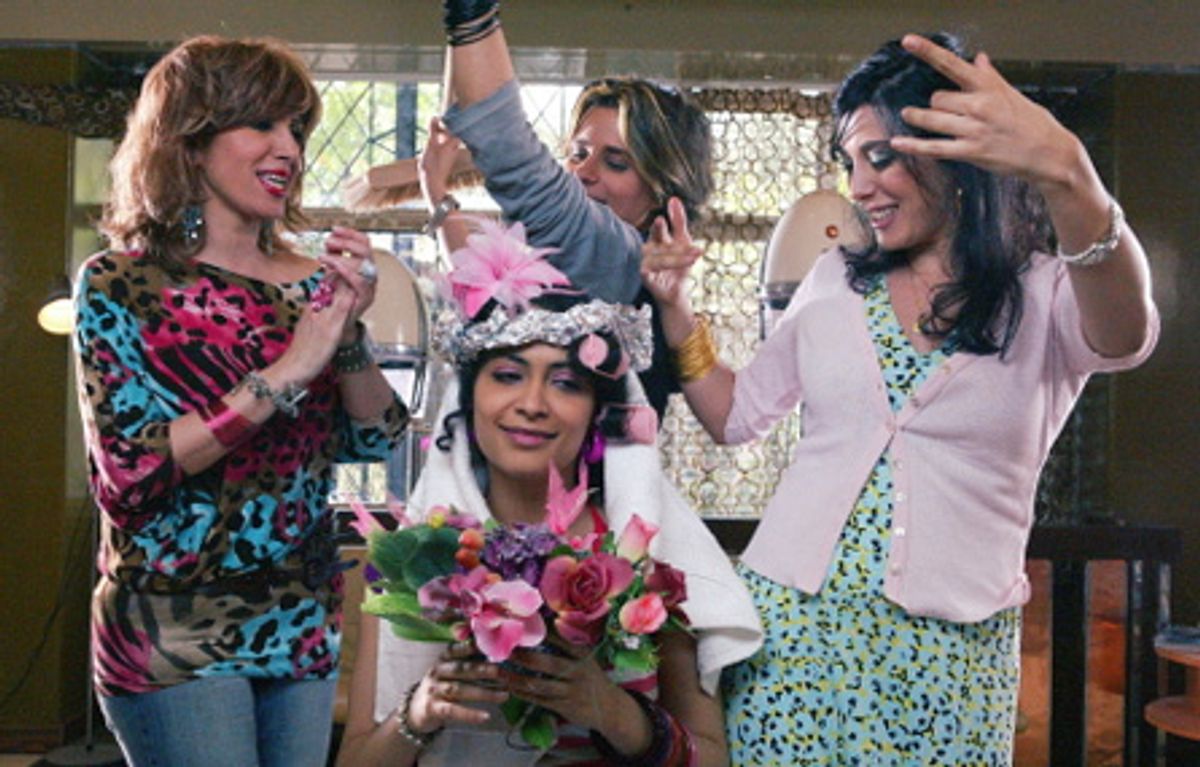 A scene from "Caramel"

From the first moments of Lebanese writer-director Nadine Labaki's "Caramel," you know what you're in for. There's a pop-Arab soundtrack that bridges traditional and contemporary music, a whimsical montage of different women working their way through the streets of Beirut, and a seriocomic encounter between the beautiful heroine and the handsome fellow who's clearly smitten with her (a fact she hasn't yet noticed). "Caramel" is an ode to female bonding -- it's a beauty-shop movie, for God's sake! -- a celebration of female sensuality and a series of interlocking love stories, and it positively revels in the conventions of those genres. It's a reassuring and delicious film, but in no sense an adventurous one.

Still, there's no doubt that Labaki gets extra credit for making a film in an Arab country that casually depicts friendship between Muslims and Christians, never mentions violence or political strife, and in its own gentle fashion sidles up against social issues that remain sensitive in that part of the world. Layale, the film's heroine (played by the luscious Labaki herself, a Penélope Cruz-style looker) is sleeping with a married man, while one of the employees at Layale's beauty salon, Rima (Joanna Moukarzel), is confronting her own attraction to women. Mind you, all this is presented Arab cinema-style, with no unauthorized touching between unmarried people. All we see of Layale's illicit liaisons is a parked car with two figures inside, while Rima's big lesbian encounter involves washing a winsome brunette's hair. With plenty of creamy conditioner!

Layale, a devout Christian who still lives with her parents, so obsessed with her adulterous lover that she barely pays attention to Youssef (Adel Karam), the sultry, fully available and age-appropriate young policeman who's always hanging around the salon giving her parking tickets. Her best friend, Nisrine (Yasmine al-Masri), is a good Muslim girl who's engaged to be married -- and needs to convince her future husband that she's still, you know, intact. (When it's simply not so.) Then there's Jamale (Gisèle Aouad), the aging soap actress trying to hold back the hands of time, and Rose (Siham Haddad), the adorable seamstress in her 60s who may get one last chance at romance.

All these characters' destinies unfold without the slightest hint of surprise. But Yves Sehnaoui's cinematography is always delectable; despite its issues, Beirut is a lovely Mediterranean city and a natural film location. Labaki's cast (most of them non-professional actors) handle the plot's broad twists and turns with brio. The director herself is both a natural comedienne and a beauty; when Layale ends up (improbably enough) caramel-waxing the nether regions of Christine (Fadia Stella), her lover's ebullient and charming wife, she approaches the task with a sleepy-eyed slow burn that's equal parts sadism and self-pity. (Yes, the film's title refers to the candy concoction typically used as leg-wax in the Middle East.) "Caramel" didn't end up getting a foreign-language Oscar nomination -- it was Lebanon's official entry -- and probably isn't distinctive enough to merit one. But it's a warm midwinter treat.