Do Jews believe in saints?

Meet the adorable kid from suburban Philly some observant Jews have dubbed a "spiritual genius." 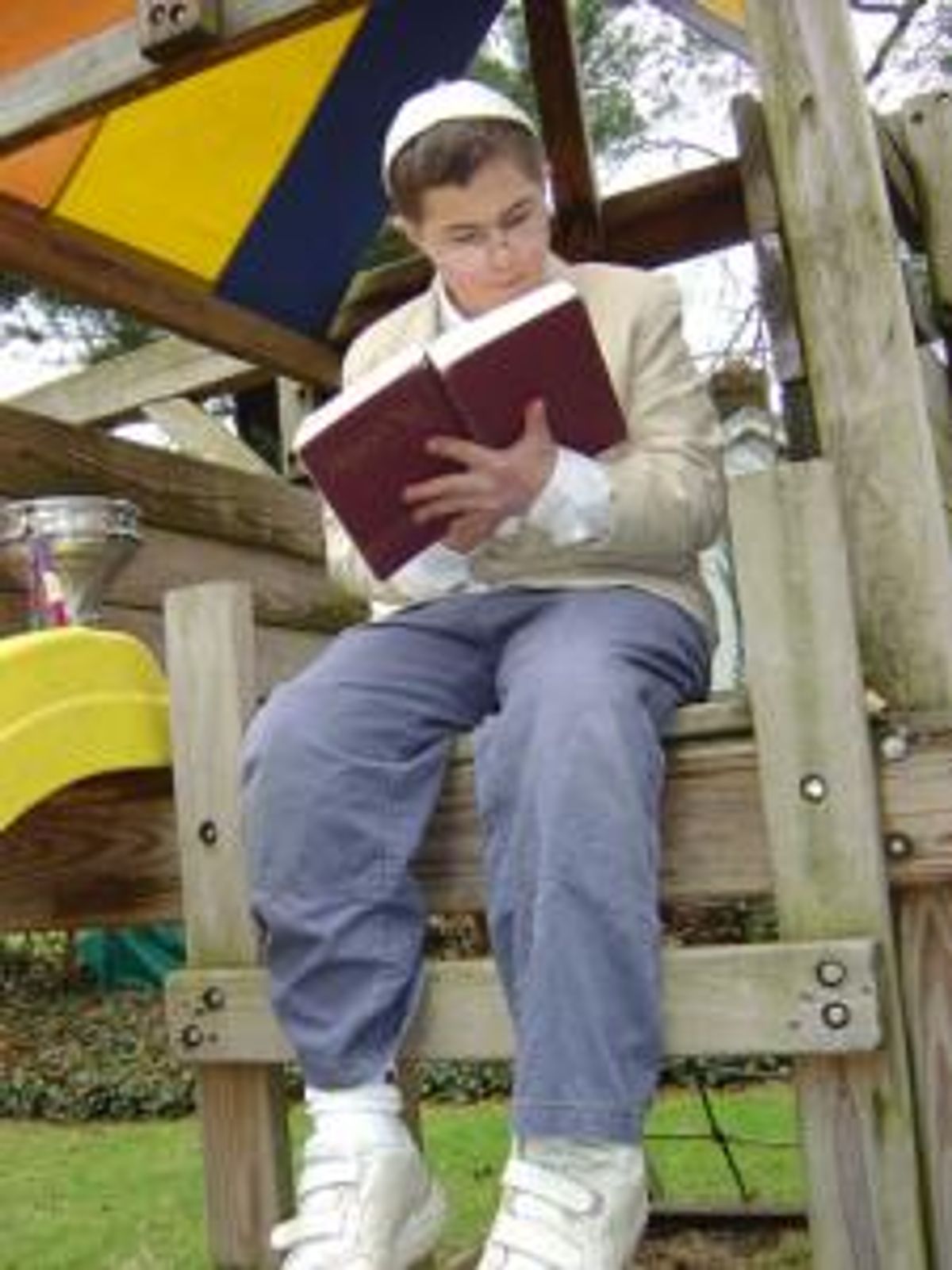 "A scene from "Praying With Lior"

Movies aimed at "people of faith" constitute one of the film industry's growth markets, and we have Mel Gibson to thank for that one. But Ilana Trachtman's documentary "Praying With Lior," not a film Gibson is likely to catch, is clearly not motivated by cynical marketplace calculation. For one thing, this compassionate, intriguing, somewhat unfocused film is about an observant Jewish family, and therefore is likely to find its primary audience among a subset of a subset of the American spiritual mosaic. Furthermore, the family of young Lior Liebling are Reconstructionist Jews, not Hasids or some other hyper-Orthodox sect. So there's no ethnographic element here, no eccentric hairdos or 18th century garb or strict sexual segregation. Lior's parents and siblings and schoolmates present as upper-middle class Philadelphia suburbanites, which is exactly what they are.

In fact, I'm not sure "Praying With Lior" is about religious belief at all, although it's become the biggest sensation on the Jewish film-festival circuit. Lior is an adorable, extroverted kid (by now, a young man) with Down syndrome, who became a local celebrity in the world of American Judaism when his mother, Rabbi Devora Bartnoff, wrote a magazine article about him in the mid-90s. Lior found an inexplicable joy, she wrote, in "davening" (performing the rhythmic prayer ritual practiced by many observant Jews) and preferred to sing Hebrew religious songs with her instead of Mother Goose rhymes or "Old MacDonald." Was this boy, despite his limited intellectual capacity -- or because of it -- a "spiritual genius" or, as some Jewish seekers have dubbed him, a "little rebbe"? (For the best discussion I've read anywhere about this film and its place within a Christian-influenced revival of Jewish spirituality in America, see Stuart Klawans' recent article on Nextbook.)

To be fair, I don't know whether Bartnoff's article (also called "Praying With Lior") asks those kinds of questions about Lior directly, because it's one of several things about the Liebling-Bartnoff family that Trachtman never confronts or explains. She convinces Lior and his family to trust her to an astonishing degree -- at around age 9, Lior's little sister tells Trachtman she finds Lior irritating and embarrassing, and that people pay so much attention to him that she's an afterthought -- and her portrait of this tight-knit group and its complicated interactions is often a rich one.

Of course I'm a gentile observer, and a relatively irreligious one, but it never seems to me that Trachtman is much interested in the question of whether Lior is some kind of saint. (Yeah, I know Judaism doesn't officially employ that concept, but to a lapsed Catholic like me, the parallel seems inescapable.) Lior is the son of two rabbis, for God's sake, and as his dad, the wry, wise and skeptical Rabbi Mordechai Liebling, observes in one scene, Lior may be retarded but he's not stupid. Like many Down-syndrome kids, Lior was a loving and joyous little character, and it didn't take him long to figure out what would thrill his mom to her core: If she'd been a Buddhist instead of a Jew, he would have been a reincarnated lama. (I shouldn't spoil the movie's Lior-isms, but here's my favorite: "I don't have Down syndrome, I have Up syndrome!" And then, after a beat: "April Fool!")

Trachtman interviews a few members of Lior's synagogue who seem to have built up a modest mythology around him, but then moves on to her real subject, which I think is this family's grief and how Lior has become its repository and its symbolic redemption. You see, the real subject of Devora Bartnoff's article was her own uncertainty about whether she would live to see the bar mitzvah of this little boy she loved so much. She died of cancer not long after it was published, when Lior was just 6. It seems clear, to me anyway, that Lior's life of devoted spiritual practice has been his way of dealing with losing a mother he can barely remember. (Lior has largely been raised by Mordechai's second wife, Lynne Iser, who plays an awkward supporting role in the film.)

Watching Lior make halting and uncertain preparations for his bar mitzvah, and then sail through it gracefully, will melt your heart if you possess one. At one point, he tells Lachtman that on the day of his ceremony, the long-awaited messiah will come and his mother will return from the dead. But the more time we spend with this immensely likable kid, the more ordinary he seems (given his disability). He loves to pull people's legs; April Fool's is a year-round event for Lior. He longs to be old enough to have a girlfriend and drink beer. He talks to God a lot. Likewise, in the most effective moments of Lachtman's film I basically didn't think about his family's Jewishness or what I did and didn't understand about their theological beliefs. They seemed like Americans wrestling with loss, hope and uncertainty. UPDATED: This post has been corrected: I twice referred to the filmmaker as "Lachtman," when her name is Ilana Trachtman. I also cleared up my own confusion about the distinction between Orthodox and Reconstructionist Judaism. In fairness, Trachtman's film is pretty confusing for non-Jewish viewers; Lior Liebling attends an Orthodox Jewish day school, and the fact that he and his family are not themselves Orthodox is never explained.

"Praying With Lior" is now playing at Cinema Village in New York, with various festival and theatrical engagements to follow. Check the film's Web site for details. DVD release will follow.

Beyond The Multiplex Documentaries Movies Religion