With just a day left before Super Tuesday, Mitt Romney and surrogates are trotting out a new, personal attack on John McCain. 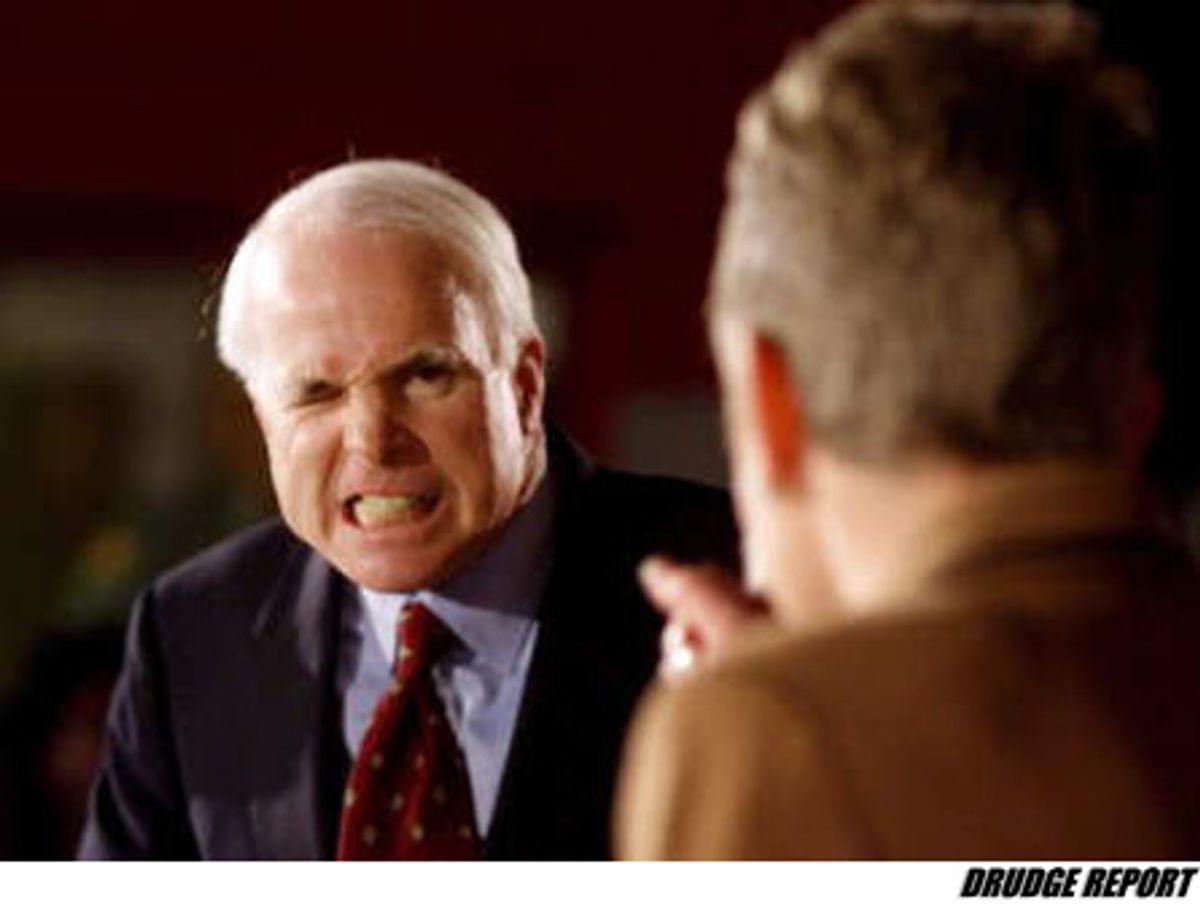 It's Super Tuesday eve, and former Massachusetts Gov. Mitt Romney has to be worried that voters are planning to leave coal in his stocking. Romney surrogates, meanwhile -- and surely the one has nothing to do with the other, right? -- are out attacking rival and apparent front-runner Arizona Sen. John McCain. And now, with less than 36 hours to stop the McCain tide, they're trying a new tack: They're hitting McCain not on his beliefs but on his very personality.

The photo above is from the Drudge Report; Drudge -- who's close with Romney campaign members, and has carried their water before -- used it to illustrate a banner headline, "BIG MAC ATTACK." The link off that headline led to an article in Monday's Washington Post in which McCain's sometimes volatile relationship with his colleagues is examined, his temperament is discussed and Republicans come out to attack him as unfit for the presidency based on personality. A quote Sen. Thad Cochran, R-Miss., recently gave the Boston Globe is reprinted in that Post article: "The thought of his being president sends a cold chill down my spine," Cochran said. "He is erratic. He is hotheaded. He loses his temper and he worries me."

Separately, over at Time's Swampland blog, former Salon reporter Michael Scherer has comments from former Sen. Rick Santorum, who has been vociferously opposing McCain and just endorsed Romney. In a recorded call aimed at Super Tuesday states, Santorum says, "I don't think [McCain] has the temperament and leadership ability to move the country in the right direction." Scherer asked Santorum about this remark; Santorum told him, "John has openly admitted his struggles with that. He wrote about it. He talked about it. Mitt Romney has not talked about it in his campaign, but let me assure you the Democrats are going to talk about it in this campaign, if John McCain wins ... The other side isn't going to be as nice. So we need to get this out on the table ... I don't know anybody in Washington who has worked extensively with the senator from Arizona who doesn't have a story to tell."