Say it ain't so, Hugh

Even one of his most devoted supporters seems ready to kick Mitt Romney to the curb. 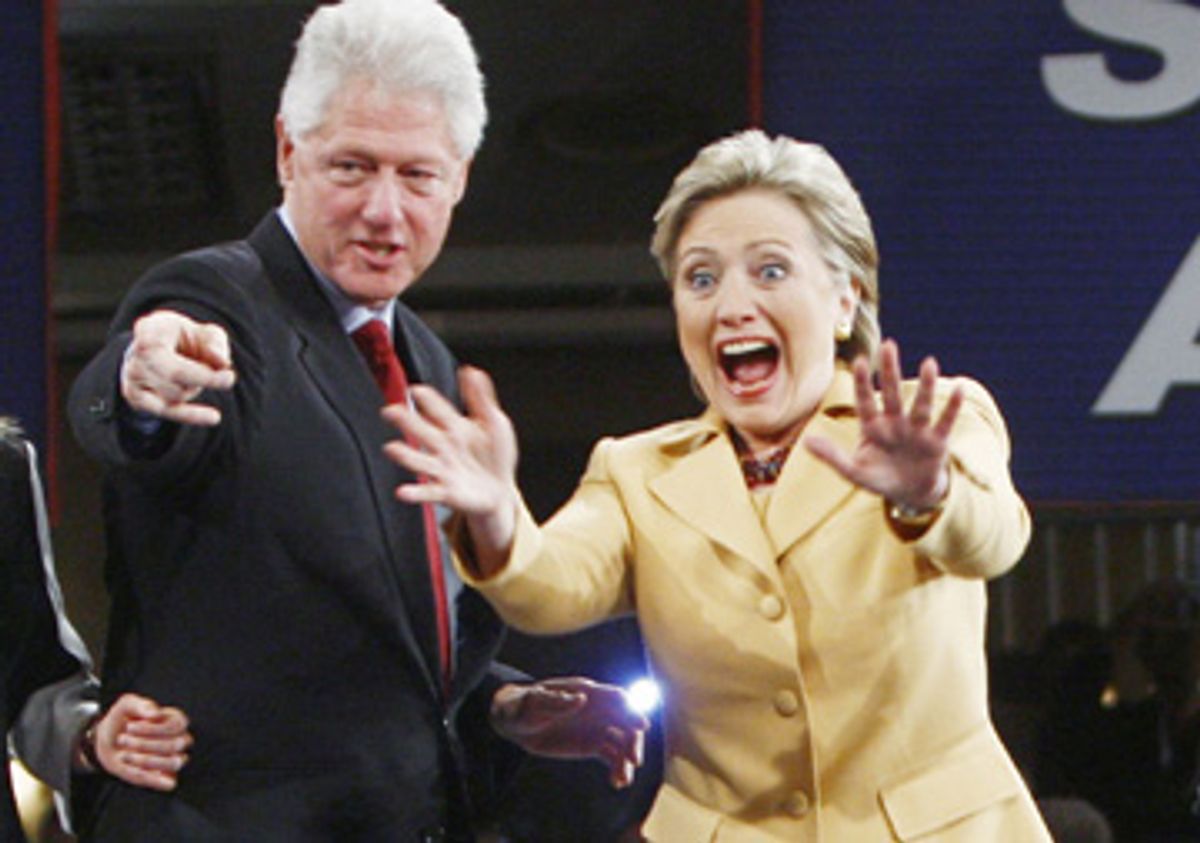 Say what you will about Hugh Hewitt, the conservative radio host and blogger, but he's devoted. OK, sure, it's probably devotion to a fault -- he recently suggested that a dip in the stock market was the result of a loss by his favored presidential candidate, Mitt Romney -- but at least it's devotion. Hewitt has stuck by Romney through thick and thin this election cycle.

So it can't be a good sign for Romney's rapidly dimming electoral hopes that, in the wake of Super Tuesday losses, Hewitt looks like he's getting ready to pack it in. Wednesday morning, in a post titled "Seven Reasons to Support the GOP's Nominee," Hewitt made a case to his fellow bloggers and radio talkers about why they should be ready for John McCain to be the Republican nominee and why they should get behind him. And whereas until now he had found ways to spin every Romney defeat, this time Hewitt sounded like a man who sees no light at the end of the tunnel.

"Senator McCain has a clear path to the nomination, Romney a very uphill battle, and Huck is fighting for 2012 at this point and for a win in a major vote outside of the south. Certainly they should all stay in through the primaries ahead because it isn't over and because our side needs the excitement of a campaign," Hewitt wrote. "At the same time, Romney and [Mike] Huckabee ought to begin to note Senator McCain's lead and urge their followers to recognize that if they cannot come back they and their followers will have to come in and join the party's eventual nominee. Senator McCain would do well to make a similar statement though his lead is significant and his collapse unlikely. Putting Humpty Dumpty together again cannot wait for [the Republican convention] ... These aren't the years to wish a pox on your primary opponents' heads beyond June ... It is very possible to play full contact politics without the threat of going home if your team loses. The stakes in the fall are far too high for that."