Barack Obama wins Virginia; Republican side too close to call

No surprises on the Democratic side yet tonight, but Mike Huckabee continues to confound expectations in the Republican race. 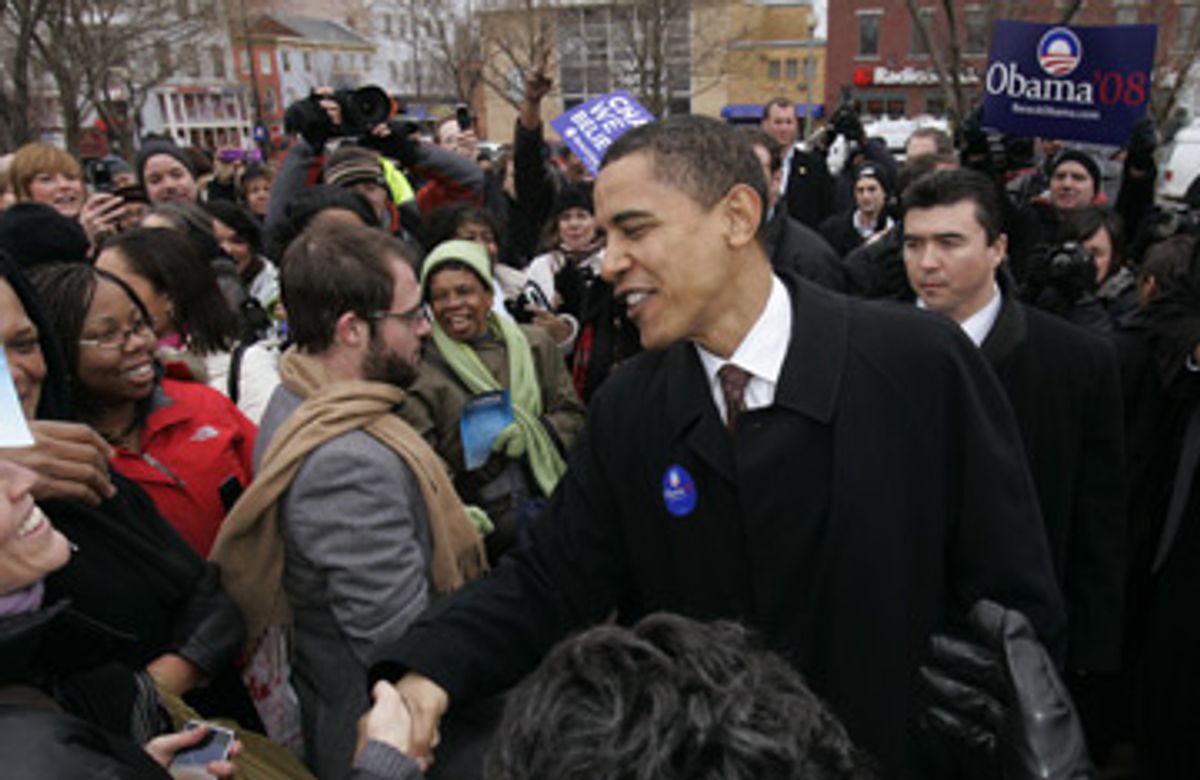 Polls have closed in Virginia, the first state in what's been dubbed either the "Chesapeake" or "Potomac" primary, depending on who you're reading. (Maryland and Washington, D.C. continue to vote until a little later this evening.)

On the Democratic side, no suprise -- Barack Obama looks to be the victor in Virginia, which had been predicted for some time now. But the Republican side remains competitive, as Mike Huckabee continues to defy expectations, remaining in the race even after John McCain has all but been crowned the Republican nominee, and putting up much more of a fight than anyone gave him credit for.