Do Hollywood action films like this say more than they intend about our nation's psychology? 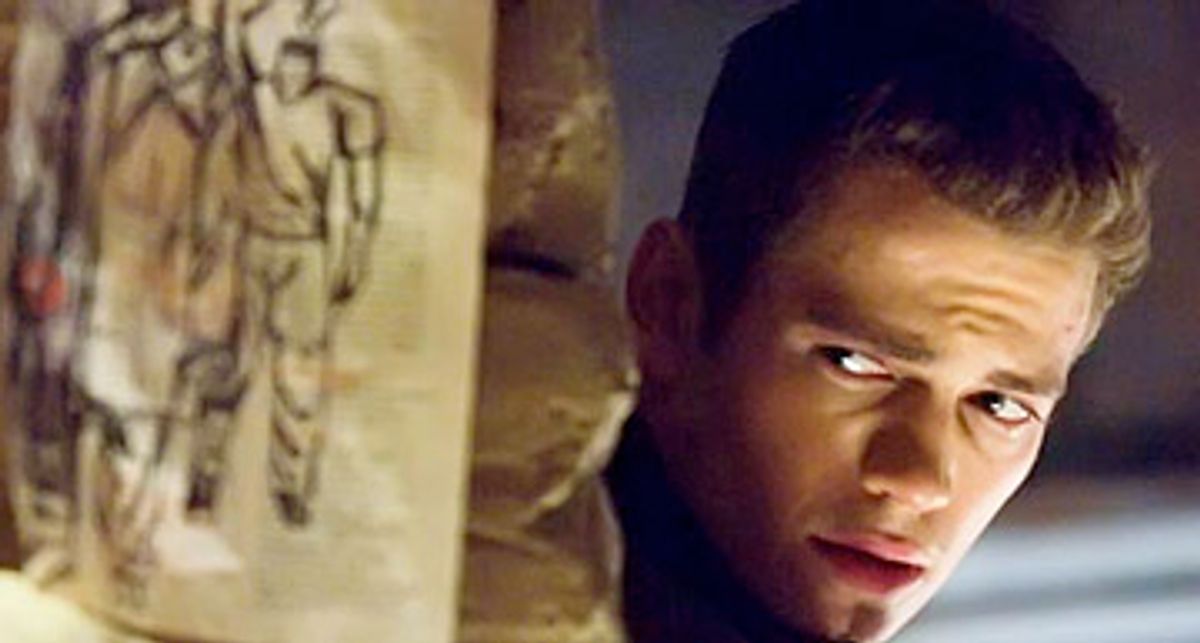 Since big studios like 20th Century Fox almost without exception pitch action films to young, predominantly white American men, these movies have a strange effect on anyone who doesn't fit that demographic -- they are often coerced into identifying with the hero nevertheless. Hollywood films have always served as a delivery system not just for entertainment but for American values as well -- some virtuous, some reprehensible. Therefore the protagonist is always a glamorized, if not idealized, American, someone we're asked to emulate no matter how disreputable his behavior.

In a twisted fashion, when films like "Jumper" go abroad, the outside world often responds in a counterintuitive way -- and sometimes this can be devastating. I am not the first critic to suggest that the disaster films of the '90s helped to inspire the terrorist plots of the early 21st century. While the film industry means to provide a cheap thrill to a few boys in Nebraska, it also shows the rest of the globe how mainstream American kids conceive of themselves, what they desire and aspire to, and especially what they fear. It's no small thing to reveal the psychology of your nation.

"Jumper's" first incarnation was a pulp novel series whose limitations the film realizes seamlessly, albeit far more expensively. The premise starts simply: Young David Rice (Max Thierot), a townie from Ann Arbor, Mich. (though for some reason his cable TV gets NY1, New York City's local news channel), realizes through a strange mishap involving a snow globe of Paris, an adolescent crush, a bully and a frozen lake, that he has the ability to teleport. The bully chucks the snow globe, bought for the girl, Millie, onto a frozen lake. Rice goes after it, falls through the ice, and winds up, to his confusion, in the public library.

Sensibly, once he takes control of his gift, Rice's first move is to whoosh from the suburbs of Detroit straight to New York City, fleeing his abusive father. His second, more questionable decision is to infiltrate bank vaults in order to finance his new life instead of, say, working. For this purpose Thierot is replaced by the considerably less sympathetic, lumber-based Hayden Christensen. It's a few years later in Rice's life, and he has achieved the ideal Millennial lifestyle: Claiming to be "in banking" while actually having achieved nothing, Rice lives in a newly constructed slick high-rise condo with a friendly doorman. Surrounded by photographs taken on his global hops, he travels extensively for free, sunning himself on the head of the Sphinx in a beach chair -- he's the ultimate ugly American tourist, a drifter on a massive scale, a slice of late Bush administration smugness and ignorance. In order to get back at the high school bully, Rice, who can also transport objects like clothes and people he's touching, clutches him and jumps into a dark high-tech bank vault -- "black sites," anyone?

As if that kind of behavior didn't color him icky enough, Rice watches the levees break in New Orleans on TV, or maybe it's just a flood somewhere, and though he seems to consider it, never gets around to zipping down there with a pile of cash or even a hammer and nails. Just as appallingly, he doesn't need to show respect for the borders of other countries -- not because of some John Lennon fantasy of global village statelessness, just because he doesn't care. Consider how differently the story would play out if the hero were from Mexico or Afghanistan and could penetrate U.S. borders without scrutiny.

So when Rice's real problem, Roland, shows up, he can only be Samuel Jackson. This casting allows those who would emulate Rice's lifestyle to hear exactly the message they need, perhaps especially from a man of color -- "There are always consequences!" Jackson shouts, doing his best Samuel Jackson. Roland turns out not to be from the INS, strangely, but something called a paladin, a member of a fierce group of bounty hunters bent on assassinating jumpers. Rice later discovers that paladins have been waging a covert war on jumpers for centuries. Please note that the word "paladin" actually means hero -- a suggestion, possibly accidental on the part of screenwriters David S. Goyer, Jim Uhls and Simon Kinberg, that perhaps our loyalties should lie with those who want to destroy the main character.

At this point Rice has everything but Millie, and shortly after amassing his fortune, he poofs back to Ann Arbor to sweep her off her feet and take her (with no magic, à la Samantha Stevens) to Rome. While there, Roland hunts him down, and he chances to meet Griffin, a jumper from the north of England played by Jamie Bell, once known for more literal jumping as the title character in "Billy Elliot." Griffin is everything Rice ought to be -- street-smart, quirky, unselfconsciously attractive, clever, straightforward.

It's Griffin who reluctantly teaches Rice the history of jumpers, and whom Rice follows around like a puppy, begging to join forces with him and defeat Jackson et al. Hopefully because he's embarrassed about his bank robbing, Rice attempts to keep his girlfriend in the dark about his jumper status, and like too many action movie girlfriends, model-pretty "OC" vet Rachel Bilson's Millie does not assert herself often enough -- certainly not the way a working-class bar waitress would in reality -- and steers clear of the fights between boys, because as we know, waitresses are extremely demure, helpless creatures.

Not surprisingly, director Doug Liman, the erstwhile indie prince who made "Swingers" and nine years later the schlockbuster "Mr. and Mrs. Smith," and the screenwriters have thought out the rules of jumping more carefully and convincingly than the rules of love (or God forbid, womanhood). But thankfully they haven't created a "Lord of the Rings"-intricate mythology, nor have they pushed a "Matrix"-style pseudo-philosophy. Nevertheless, the special effects remain the film's focus. Between the elaborate computer-generated matte paintings, teleportation effects, stage sets, the vaguely S/M electrified silver ropes that Jackson and his posse use to hold jumpers in one location (though sadly they're never referred to as "jumper cables"), and the exotic locations -- Rome, New York, Tokyo, Ann Arbor -- this film looks bewilderingly expensive. This is, of course, the most special special effect any sci-fi film can create.

Though dazzled by its ultra-modern wizardry and the high gloss of its production values, one can also feel the globalist double standard roiling underneath the adolescent-kid fantasy plot. "Jumper" tells us that Americans fantasize about getting rich by stealing and going everywhere they want without restrictions; that they are materialistic, disrespect foreign antiquities, and remain blind to their own and to world history, not to mention current conflicts (the jumpers spend a moment in Chechnya -- you bet they're not off to Iraq); and that they perhaps feel only mildly guilty about any of that. OK -- who wants to wait here for the world's response to that message?