An innocent math professor gets caught up in the search for an anti-technology terrorist. 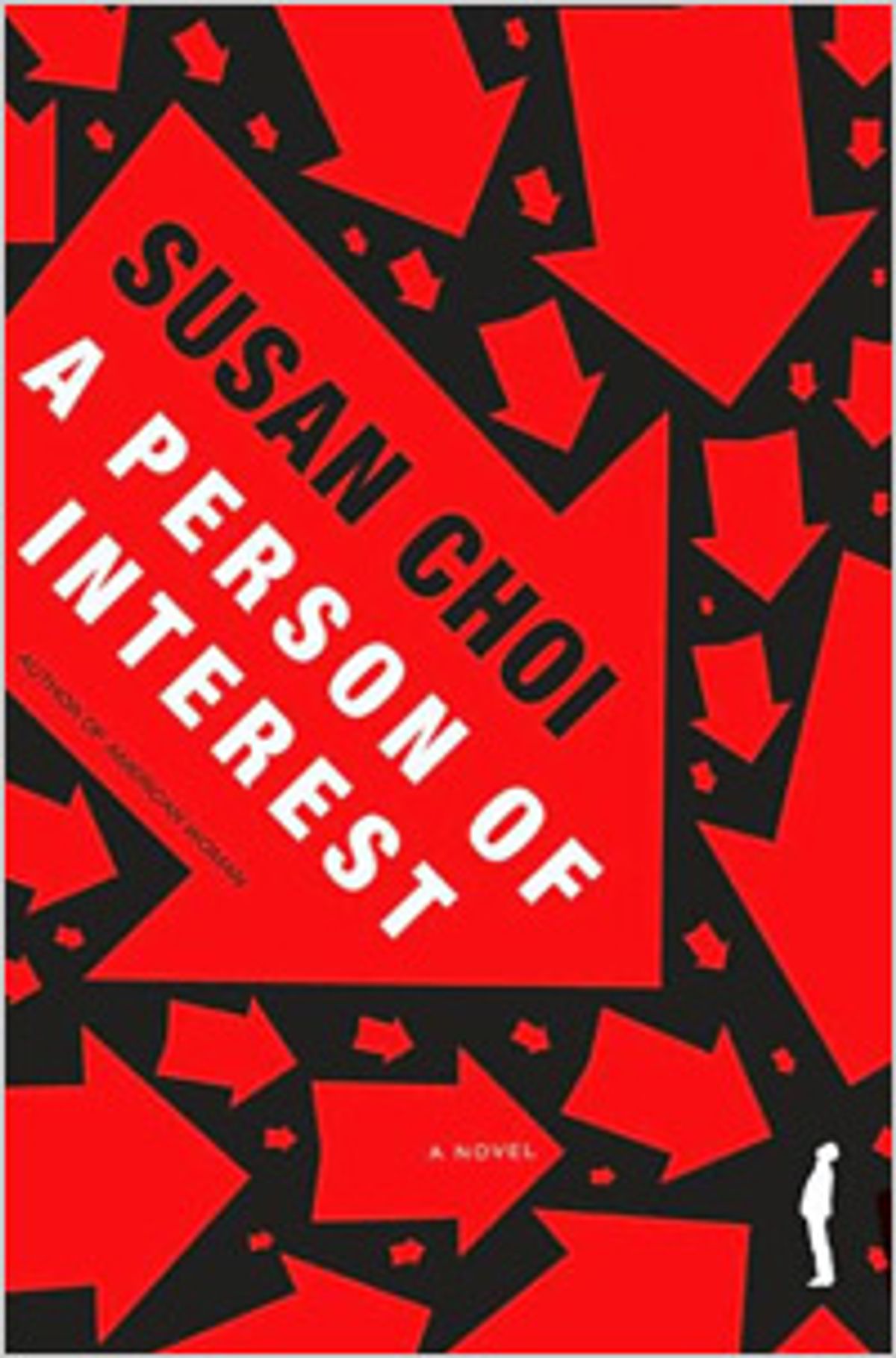 A mathematics professor -- aging and undistinguished but tenured -- sits alone in his office at a mediocre Midwestern college in the mid-1990s, obscurely envying the young "hotshot" computer science professor in the next room. Then the next room blows up, and Dr. Lee, a man whose life has wound down to a meager and solitary routine, suddenly finds himself caught in a maelstrom. His colleague has become the latest victim of the "Brain Bomber," an anti-technology terrorist who sends mail bombs to those he deems the "techno-elite." Lee speaks to some national TV reporters outside the hospital, and a few days later receives an odd letter from a former grad school classmate, suggesting that they revive their "faded fellowship."

Were Lee another sort of man, the events that set Susan Choi's masterful third novel, "A Person of Interest," into motion would have constituted no more than a blip in an otherwise respectable life. (That's what it was for Choi's father, also a math professor, who was astonished to learn in 1996 that a man he went to college with, Theodore Kaczynski, was the Unabomber.) Lee, however, is in every way an outsider -- an Asian (though his country of origin, like his first name, is never given), an "aristocrat" cast into a land of average folks and above all an isolate whose ability to relate to other people has become as vestigial as the human appendix. The mysterious letter stirs up unwelcome memories of Lewis Gaither, the only friend Lee had as a grad student, and of how Lee betrayed Lewis by stealing his wife, Aileen, now dead.

Ashamed of his past and of how much cause Lewis has to hate him, Lee lies to the FBI about the letter, and soon becomes a "person of interest" in the investigation of the bombing. His dilemma is Hitchcockian, and one of the remarkable things about this novel is how seamlessly Choi integrates suspense with resonant characterization and elegant prose. She gives us the young Lee in the throes of a research binge, absorbed in a book "whose fine grains of meaning seemed to pour themselves into his mind, like filings towards a magnet." And the older, shaken Lee, struggling to make a point, "his voice a rattling tea tray that was certain to scatter its cups." With its passages of melancholic introspection and long flashbacks, "A Person of Interest" certainly isn't a thriller, but since most contemporary literary fiction feels hopelessly static and ornamental by comparison, Choi seems to be working in a genre all her own: politically astute, historically based and dramatically propulsive. (Her 2005 novel, "American Woman," based on the Patty Hearst kidnapping, is another example of the same wizardry.)

"His perpetual crime," Lee thinks to himself, "was the failure to keep up appearances, to even notice the masks he'd do better to don." He skips the campuswide memorial service for the bombing victim, put off by the general outpouring of emotion and succumbing to his chronic "dread of being scrutinized." He is convinced that "whichever role had been pressed upon him" must be "somehow ignoble." It would be a mistake (albeit one several reviewers have made) to accept this disdain for the clichés of public grieving as the main reason for Lee's fall, or to blame his trials entirely on his race (although that's a factor, too). Lee's co-workers and neighbors recoil from him when they learn of the FBI's inquiries, but he manages to repel even the few who reach out to him.

At any given turning point, Lee can be counted upon to do or say the wrong thing. He's afflicted by a chronic failure of imagination; he has lost the ability to intuit what other people must be thinking or feeling -- at times he seems to forget that they have feelings at all. So estranged is he from the rest of humanity that he counts it among the "advantages" of his "invisible life" that he doesn't know the names of the families he has lived next door to for 10 years. He may be innocent of the bombings, but as becomes increasingly clear, he harbors his own version of the bomber's misanthropy and solipsism.

"Why was his own innocence not a plain fact for him," Lee thinks after a vain attempt to win over a possibly sympathetic FBI agent, "but elusive and fragile, a condition requiring caretaking he couldn't provide?" He is so vulnerable precisely because he is guilty, and of more than just an inability "to keep up appearances." His life has been corroded by a pervasive, imperfectly acknowledged guilt, and the beauty of "A Person of Interest" lies in the utterly natural way in which Choi uses the false accusations to flush out Lee's real culpability. The novel can be unbearably tense at times, with its share of narrative gambits (an ingeniously transmitted secret message, a long drive to a mysterious rendezvous in the middle of nowhere), but the suspense is solidly grounded in character, not "twists." Its engine is the anxiety of a man whose sense of himself must be dismantled if he's going to survive, who only gets his life back after a maniac blows it up.