A photo of Barack Obama in traditional Somali dress, allegedly circulated by staffers for Hillary Clinton, sets off rounds of recrimination. 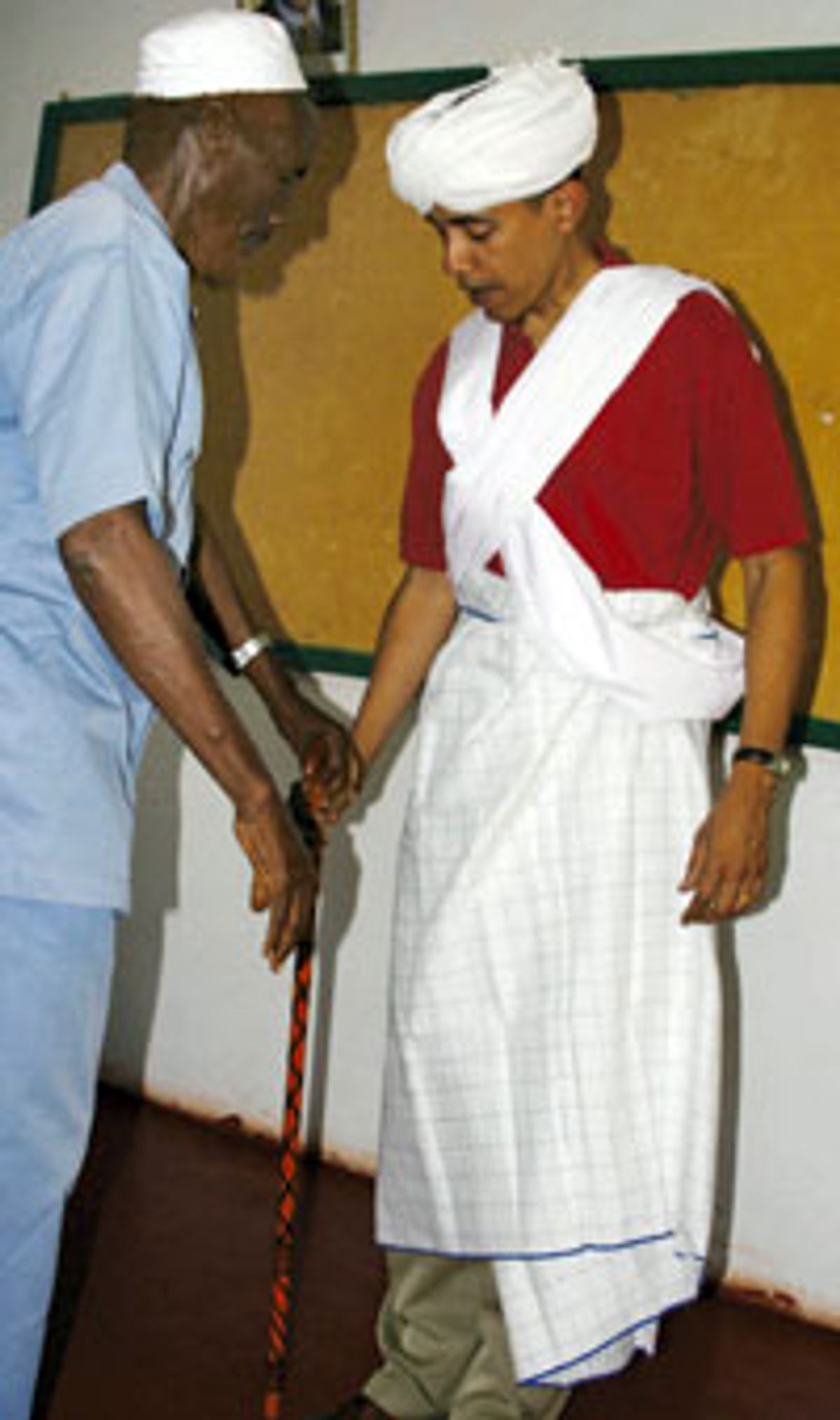 The big news of the day thus far is a photograph of Barack Obama in traditional Somali dress, which the Drudge Report says "stressed [Hillary] Clinton staffers circulated ... over the weekend." (The photograph in question is the one accompanying this post; it was obtained from its owner, the Associated Press.)

Given the continuing efforts by some to paint Obama as somehow foreign, even -- gasp! -- Muslim (incorrectly, we should add), it's no surprise that the Obama campaign responded swiftly, and harshly. In a statement, Obama's campaign manager, David Plouffe, said, "On the very day that Senator Clinton is giving a speech about restoring respect for America in the world, her campaign has engaged in the most shameful, offensive fear-mongering we've seen from either party in this election. This is part of a disturbing pattern that led her county chairs to resign in Iowa, her campaign chairman to resign in New Hampshire, and it's exactly the kind of divisive politics that turns away Americans of all parties and diminishes respect for America in the world."

The Clinton camp has put out a statement as well, not confirming or denying that Clinton staffers were behind the e-mails but questioning why the Obama campaign is upset by the photo. Sent out by new Clinton campaign manager Maggie Williams, the statement reads:

If Barack Obama's campaign wants to suggest that a photo of him wearing traditional Somali clothing is divisive, they should be ashamed. Hillary Clinton has worn the traditional clothing of countries she has visited and had those photos published widely.

This is nothing more than an obvious and transparent attempt to distract from the serious issues confronting our country today and to attempt to create the very divisions they claim to decry.

We will not be distracted.

"Let me say this: Who is known for their ability to dig up high-impact photos of candidates?" asked a Democratic operative sympathetic to Clinton, who didn't think the campaign staff directly sent the image to Drudge. "Such as, oh, the Kerry-in-the-condom-suit photo? Hint: it is not the Democratic Party."