Lame jokes, the Coens' hidden dynamic, a few big surprises -- and an insult delivered to an entire continent. 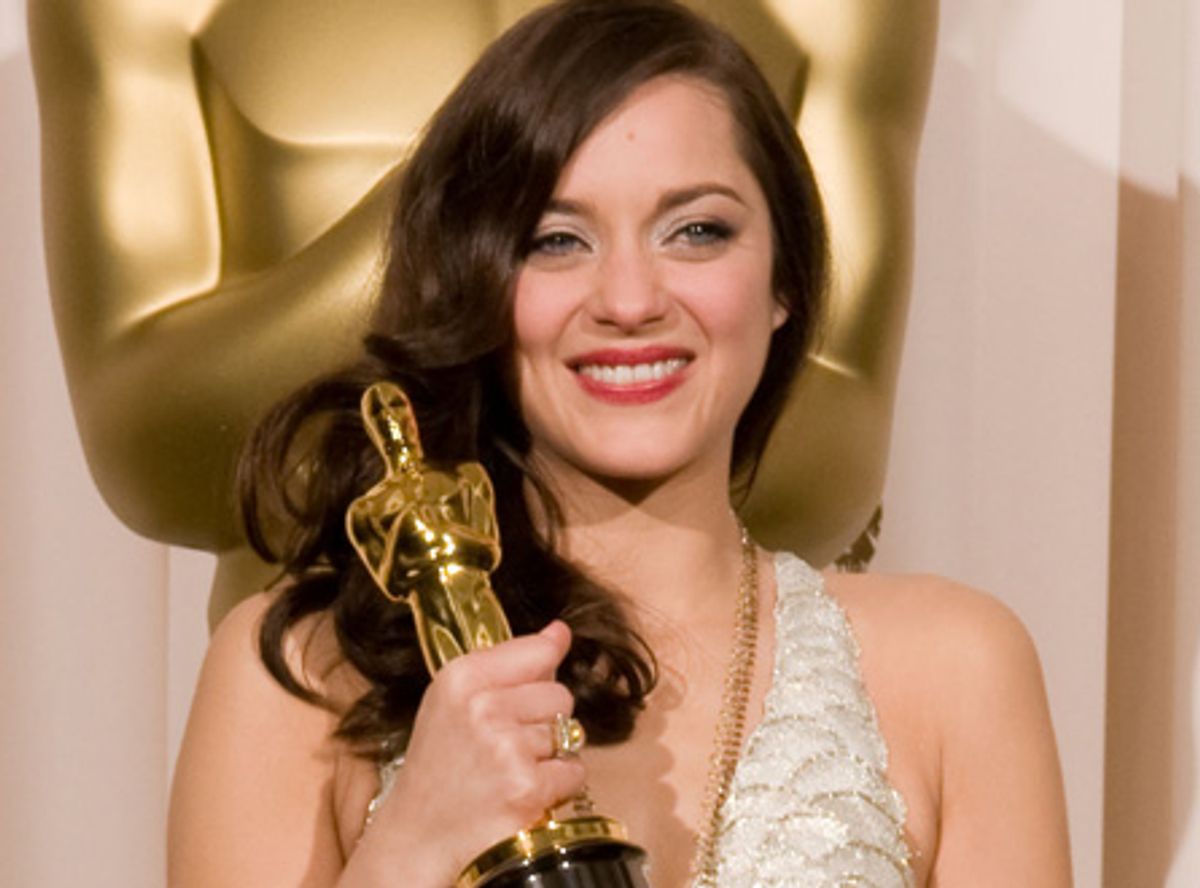 Were these the Stagflation Oscars or what? Jon Stewart didn't get a laugh all evening long. If looks could kill, Hal Holbrook would have ended Stewart's showbiz career in spectacular fashion after that lame crack about Holbrook and Helen Mirren. It's no surprise that "No Country for Old Men" swept the three biggest prizes, but here's how odd the year was: The academy showers its laurels on a film that has made about $63 million in domestic box office, while the big winner at the supposedly independent Spirit Awards has grossed double that amount. Maybe the two organizations should just switch names, dates and locations. I mean, would anybody notice?

I found Joel Coen's story about shooting an early Coen brothers work in the late 1960s -- a Super-8 film made at the Minneapolis airport and titled "Henry Kissinger: Man on the Go" -- both funny and moving, and pretty much the most revelatory thing I've ever heard either Joel or Ethan Coen say in public. I've met the Coens on several occasions, and have encountered the same difficulties as other journalists: They're pleasant guys, and happy enough to answer specific questions about specific aspects of their films, but they resist any effort to look for broader themes in their work, psychoanalyze themselves or their characters, or engage in any other form of intellectual navel-gazing. That's OK with me, actually; that stuff is supposed to fall to the scribbler corps.

Last night, I grasped for the first time how genuinely and personally uncomfortable Ethan Coen is with all forms of public attention or discussion or disclosure -- it wasn't Garbo-Dylan coolness that made him incapable of saying anything more than mumbled "thank yous" -- and also how carefully Joel Coen works to manage the distance between his brother and the world. The peculiar and sometimes tense dynamic between the Coens and the media is not a vaudeville act, or a false front. It's driven, in large part, by the private relationship between them. I still don't think "No Country for Old Men" is anywhere near their best work, but, you know, so what? Here's a news flash: Oscars get given out for all kinds of funny reasons. Those guys have made good and great films and almost no bad ones. Long may they wave.

I suppose the two biggest surprises were Marion Cotillard's best-actress victory for "La Vie en Rose" and the documentary Oscar for Alex Gibney's "Taxi to the Dark Side," a terrific (but dark and wrenching) film that has yet to reach theaters outside a few big cities. I'm delighted for Gibney, who's a fine director and an all-around great guy, and who has made perhaps the most important film about the moral and constitutional crisis in our country after 9/11. One of the lefty filmmakers who hated Charles Ferguson's "No End in Sight" has already e-mailed me this morning, to express equal portions of gloating and relief. That person's subject header: "Inshallah" (Arabic for "God willing").

I've loved Cotillard's work in other films, and as you saw on Sunday night, she's a spectacularly beautiful woman. It's a rare and welcome occurrence to see an actor in a foreign-language film cop a big prize. That said, I wasn't wowed by Olivier Dahan's "La Vie en Rose" (actual French title: "La Môme," Parisian slang for "the kid"), which struck me as a standard-issue, medium-sloppy Hollywood-style biopic in translation, riding almost entirely on Cotillard's extraordinary transformation into the diminutive, awkward and half-crippled Edith Piaf. It was exactly the kind of technical, physical challenge that academy voters love, and a number of pundits predicted this verdict -- but I'm still shocked that Julie Christie didn't win for her lovely and delicate performance in Sarah Polley's "Away From Her." Hasn't Christie been forgiven yet for walking away from showbiz to have a real life?

I know the entire Oscarfest is nothing but an infomercial for corporate-grade American moviemaking, but does the academy's attitude toward the rest of the world have to be so simultaneously ignorant and hostile? When director Stefan Ruzowitzky collected his foreign-language Oscar for "The Counterfeiters" (a fine film, and a perfectly fine choice under the circumstances), it wasn't really his after all. Nominations in that category are for nations, not films or filmmakers, so Ruzowitzky was accepting on behalf of Austria. As the voice-over announcer helpfully explained: "This is Austria's second nomination, and first Academy Award."

Then there was the unintentional but telling insult delivered to the entire continent of Africa, or at least to the small proportion of that continent who care about its indigenous cinematic tradition. Ousmane Sembène, the Senegalese writer and filmmaker who was the first black African to direct a feature film (the 1966 "Black Girl") and virtually invented serious African cinema, died last June. He was included in Oscar night's annual honor roll of film-industry figures who died in the last year, as he certainly should have been. But the on-screen text read "SEMBENE OUSMANE." The initial error is forgivable -- formal French-language reference works often list the last name first -- but the lack of editing or fact-checking is not. If some Academy intern had typed in "ANTONIONI MICHELANGELO" or "LEDGER HEATH," something tells me they'd have fixed it.