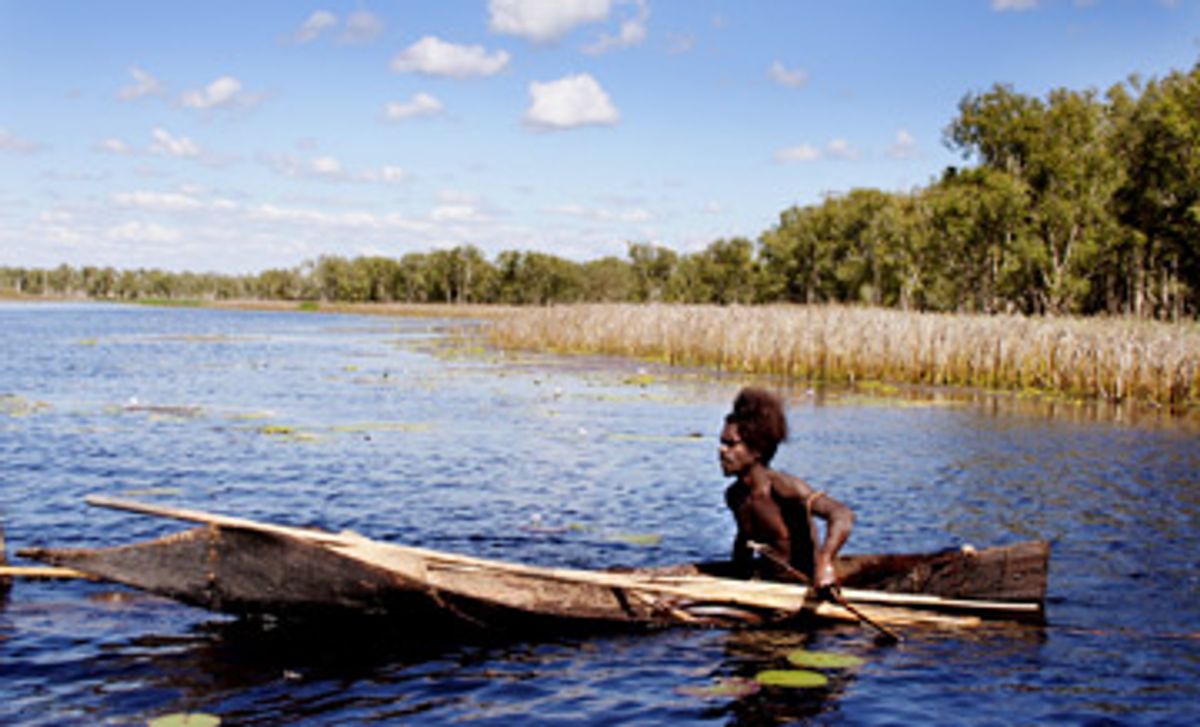 If you didn't catch über-indie film blog Reverse Shot's hilarious alternate-universe Oscar-prediction column, it's still funny after the fact. The too-brief posting is a masterful parody of the predictive, knowing blather all too many of us spouted over the last few weeks (sure, yes, mea culpa). Beyond the debate over whether "Ten Canoes" or "Color Me Kubrick" will win best picture, I think my favorite line comes from the best actress entry: "Lucy Tulugarjuk has swept every single critics' award so far this season for her minimalist, Kaurismäki-esque turn in 'L'Iceberg,' so common wisdom would tell you she's a shoo-in." (But the dark-horse winner, say the RS wiseasses, will be Rita Wilson, aka Mrs. Tom Hanks, for her role in the undistributed and unreleased "Beautiful Ohio." OK, that is actually a little mean.)

Back in the more-or-less real world, "La Vie en Rose" star Marion Cotillard had quite a weekend. She was only a few hours off the plane from Paris when she won her Oscar, having collected a best-actress award for the same film -- called "La Môme" in France -- the previous night at the Césars (the French equivalent to the Oscars). Mathieu Amalric won the best-actor César for Julian Schnabel's "Diving Bell and the Butterfly," but most of the big prizes were swept by Tunisian-born Abdellatif Kechiche's much-praised immigrant drama "The Secret of the Grain," which does not appear to have an American distributor at this writing. Boyd van Hoeij has all the details at his indispensable site european-films.net.

Last weekend was actually a good one to go see a movie, especially if you're the sort of person who doesn't give a living crap about the Oscars. True, indieWIRE's weekly box-office report is led by Austrian director Stefan Ruzowitzky's concentration-camp thriller "The Counterfeiters," which won the foreign-language Oscar -- but virtually all those tickets were sold before the academy telecast. French cinema god Jacques Rivette's costume drama "The Duchess of Langeais" opened nearly as strongly (in New York only), and wasn't nominated, or eligible, for anything.

Israeli film "The Band's Visit," Martin McDonagh's gangster comedy "In Bruges" and George A. Romero's Internet-age "Diary of the Dead" all continued to draw viewers this weekend, despite a dearth of statuettes. Among the so-called genuine indies -- movies with no studio backing at any stage -- the much-lauded Romanian film "4 Months, 3 Weeks and 2 Days" and the Brazilian '70s drama "The Year My Parents Went on Vacation" both held their ground. "4 Months" is now playing on 35 screens and has earned $680,000, while "My Parents" is on 22 screens and has made $175,000 in just two weeks. Those numbers may sound pathetic in Hollywood terms -- and in fact they are -- but they're quite good for foreign-language films in limited release.

Multiple Oscar-winners "No Country for Old Men" and "There Will Be Blood" are of course expected to receive a substantial business boost in the next few weeks. "No Country" is up to $64 million, making it easily the highest-grossing film of the Coen brothers' career, while "Blood" has made about half that. It's not clear whether Daniel Day-Lewis' best-actor award can turn a three-hour film that many viewers find grueling into a major Hollywood-scale hit, but considering its degree of difficulty, the film is already an enormous success on many levels.

"Juno" may have won only one Oscar -- and gotten screenwriter Diablo Cody and her retro tattoos splashed across the front page of the New York Post -- but it piled up another $4 million in ticket sales and now stands at a cumulative $130 million. Honestly, how many Americans are left in the picture's plausible demographic who haven't seen it? If you're keeping score at home, is the all-time record for an indie release in jeopardy? As far as I can tell, that would be "My Big Fat Greek Wedding" at $241 million, so probably not.

I'm sure Alex Gibney and producer Eva Orner (that's for my enraged Aussie readers) have all fingers and toes crossed in hopes of a big Oscar bounce for "Taxi to the Dark Side," their terrific and enraging documentary about detainee abuse during the so-called war on terror. It's a tough film for audiences, and hasn't found many. After six weeks of release, it's on just 13 screens and has grossed barely $100,000.