Is it time for someone to call foul on Will Ferrell for repeatedly mining the '70s for laughs? 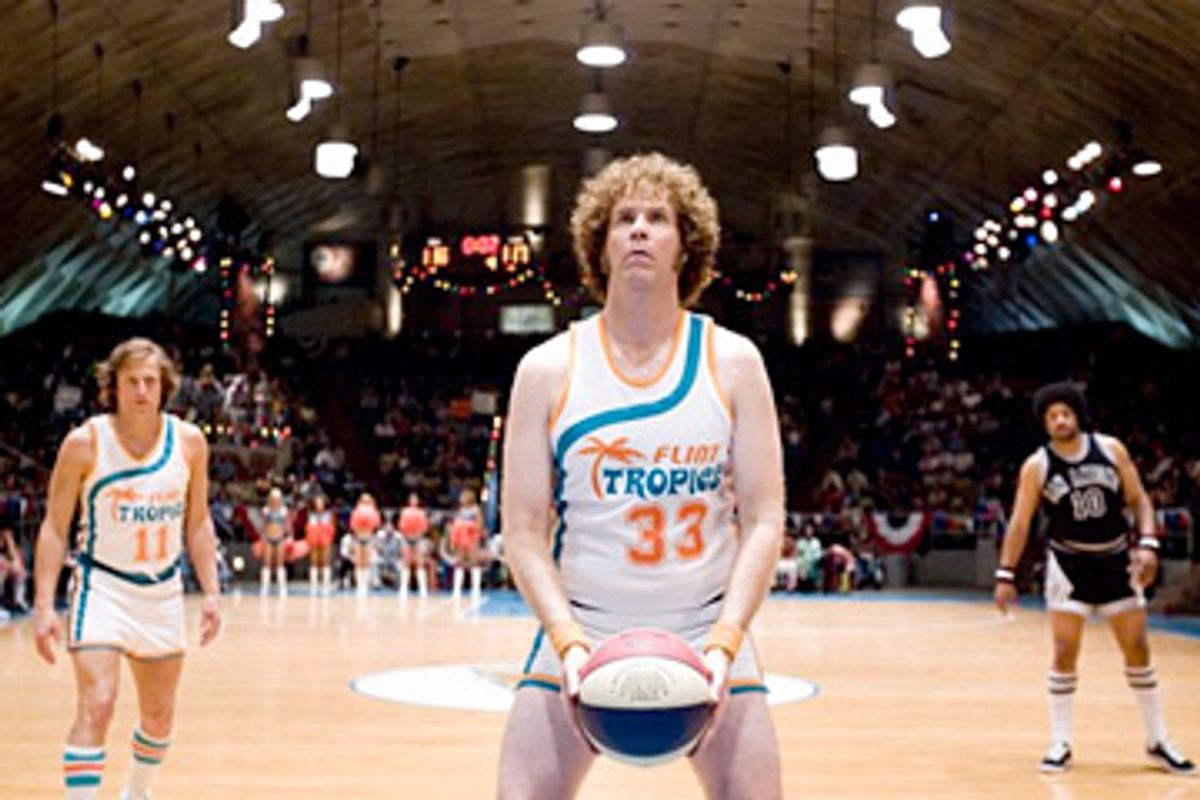 It's become way too convenient to assess Will Ferrell vehicles with the automatic disclaimer, "If you like Will Ferrell movies, you'll probably like [blank]" -- the suggestion being that "Blades of Glory," "Talladega Nights: The Ballad of Ricky Bobby," "Anchorman: The Legend of Ron Burgundy" and "Kicking and Screaming" are all interchangeable, that none of them are worth considering on their own merits. But that approach does Ferrell -- not to mention the assortment of writers and directors he's worked with -- a disservice. The barbed parody of "Anchorman" has little in common with the abject silliness of "Blades of Glory," save for the fact that both feature the same star -- and even then, I'd argue that Ferrell is at his sharpest in "Anchorman," while in "Blades of Glory," he merely skates.

But the biggest reason to avoid lumping all Will Ferrell movies together is that some are, quite simply, lousy, and even Ferrell fans should be allowed to reject them. In "Semi-Pro," which was directed by Kent Alterman and written by Scot Armstrong, Ferrell plays Jackie Moon, a one-time '70s pop star who pours his riches into a Flint, Mich., basketball team, the Tropics -- he's not only the owner, but the coach and a player as well. The Tropics are an unapologetically pathetic little outfit, playing to half-filled arenas of people who couldn't care less. But as an ABA team, they're in danger of disappearing altogether when the NBA announces its plan to merge with the ABA: The NBA will absorb only the top four ABA teams -- the others will be disbanded. To save the team, Moon brings in an NBA has-been, Monix (Woody Harrelson), who at least has some ideas about how the game should be played: Moon is more interested in dressing the guys up in sea-creature costumes than he is in whipping them into shape as players.

But there isn't enough going on in "Semi-Pro," comically or otherwise, to sustain the movie even through its first half-hour. This may be one of the most sluggish sports comedies ever made -- even the supposedly rousing final sequence feels belabored and chubby. There are a few mildly funny bits: Moon gets the idea of gussying up the team with eyeliner, the better to intimidate their opponents -- he doesn't realize that once they start sweating, the stuff is going to run into their eyes and virtually blind them.

That's the kind of goofball gag that's so inane it works. But very little else in "Semi-Pro" gels: Harrelson attempts to give a real performance, but there's not much for him to do here, other than look on with bewildered amusement at Moon's shenanigans. The team's players never emerge as individuals, which is a drag considering one of them is played by the dashing André Benjamin, of OutKast -- and if you can't find ways to make Benjamin stand out, you're just not putting the camera in the right place. Maura Tierney shows up, but barely: She probably gets about a dozen lines total. And Ferrell plays his autopilot default character, the cross-eyed naif. Ferrell almost always plays some variation on this character -- the clueless boob who's certain he's the center of the universe -- but at his best, he finds ways to tweak his characters at least slightly, to fool us into thinking we haven't seen them before. And he's often astute enough to cede breathing space to the characters around him, so he doesn't come off as overbearing.

But Ferrell's Jackie Moon -- with his '70s puffball hair and assortment of wild Huk-a-Poo shirts -- isn't so much a fully conceived character as a glob of dough straight out of a Pop'n'Fresh can. Ferrell has spent a lot of time -- probably too much time -- mining the '70s for yuks. By now we've got the idea: The hairdos were silly, and the men wore lots of really bad plaid jackets. But the exhausted, limping "Semi-Pro" proves that it's time for Ferrell to move on. At one point a distraught Jackie Moon laments, "I just wish I could puke this all away." A good purge isn't a bad idea.