"No Country" and "Blood" max out, as old-school art-house flicks rule Manhattan. 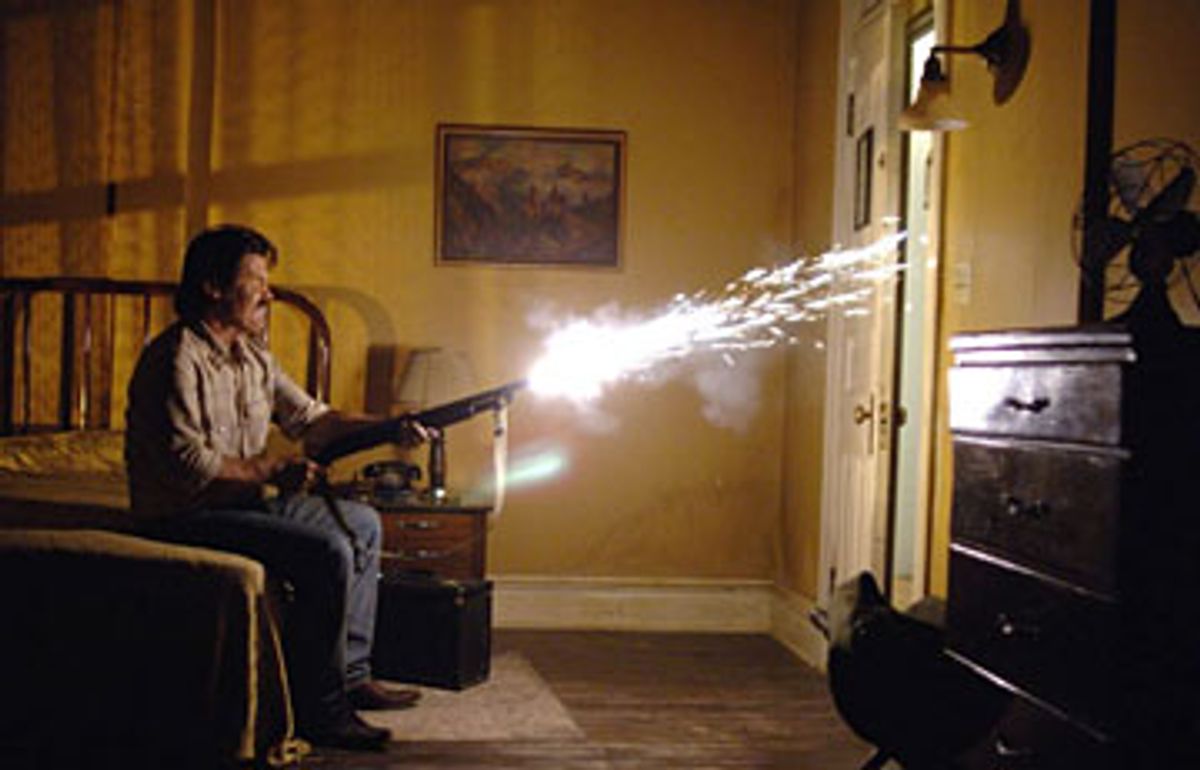 Josh Brolin in "No Country For Old Men."

There was little of the traditional box-office boost for "No Country for Old Men" (winner of four Academy Awards, including Best Picture) or "There Will Be Blood" (featuring Daniel Day-Lewis' Oscar-winning lead performance). According to initial reports on indieWIRE, "No Country for Old Men" doubled its run to a Hollywood-scale 2,037 screens, but earned a mediocre $4 million from all those theaters. "There Will Be Blood" did even worse, garnering just $1.5 million over the weekend for a puny $1,239 per-screen average. This is not likely to comfort industry executives already worried about the Oscar telecast's all-time low ratings and the widespread perception that the Academy now favors movies with relatively limited popular appeal.

Hold those cards and letters, people. Well, no, don't -- I yearn for your feedback, of course. But I'm not arguing that the Academy should embrace "Spider-Man 3," or even the unstoppable "Juno" (now at $135 million and counting!) just because they made a ton o'money. Movie history repeatedly proves that popular success has little relationship to artistry or even to craft, and if the Oscars have become an annual celebration of the mid-level, pseudo-serious "specialty release," that's okey-dokey with me. As I wrote in my Oscar-week feature, this is the unintended consequence of the industry's decision to outsource virtually all films with even the faintest whiff of daring or ambition about them, in order to concentrate on formula franchises frontloaded with "pre-awareness." However you want to slice it, it's striking that all those awards did not convince large numbers of our fellow citizens to give the Coens' neo-western much of a look-see.

On the other hand it's gratifying to every film geek that New York audiences have responded to the critical love heaped on Ramin Bahrani's "Chop Shop," an extraordinary slice of Big Apple street-level realism. But of course success is a highly relative concept: The film made $8,475 on one screen at Film Forum. Jacques Rivette's "The Duchess of Langeais" is also doing well on a whopping three screens, two in New York and one in Los Angeles. Non-Oscar winners "In Bruges" (232 screens) and "The Band's Visit" (64 screens) are still playing strongly, while "The Counterfeiters," Austria's foreign-Oscar winner, is doing even better, building momentum in a judicious 18-screen release.

On the other hand, I'm sorry to report that my two favorite documentaries of the new year, Brett Morgen's dynamic "Chicago 10" and Laura Dunn's mesmerizing "The Unforeseen," opened tepidly despite ample media coverage. If you've been delaying, see them in theaters this week, 'cause neither will linger long. We're in an exceptionally strong period for American documentaries, but most of them will have to find whatever audience they can on TV and DVD. The post-"Fahrenheit 9/11" documentary boom of the early 2000s is officially over.