Do not go gentle into that Eileen Fisher

As a mother in her 40s, I found the idea of a bestseller called "How Not to Look Old" appalling. That didn't keep me from buying it. 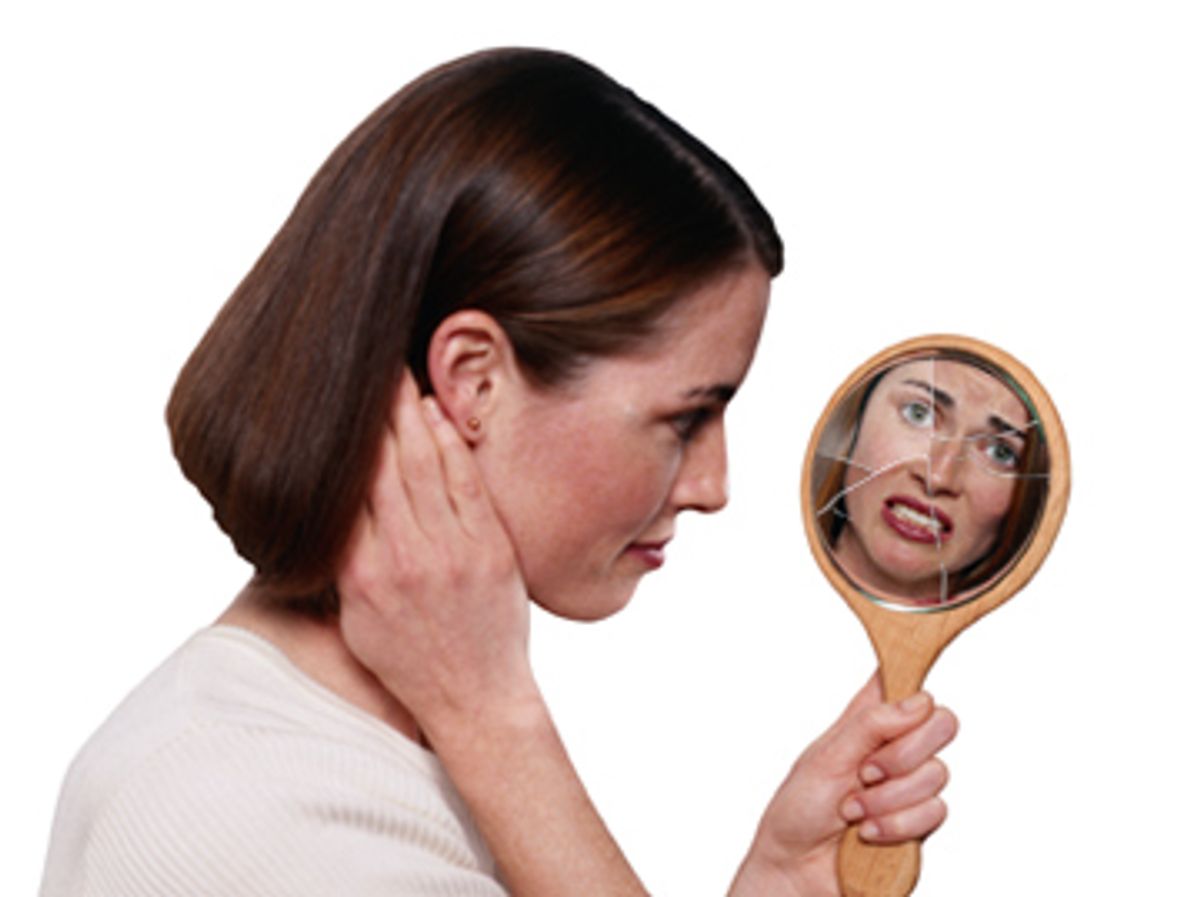 Former Glamour beauty editor Charla Krupp's guide to looking good, or as good as any of us can expect after the desiccated age of 40, came along at a moment I was particularly ready to receive it. I'd just completed a grueling yearlong project that had drained away most of my nights, free time and skin tone. I was wrung out and exhausted. I was, worse still, another year older. And I looked every ravaged minute of it. The crisis hadn't yet reached "I Feel Bad About My Neck" levels, but I wasn't feeling too amicably toward the bags under my eyes either. If ever there were a woman vulnerable to a makeover, it was I.

I wasn't alone. Within days, word of the book was quietly ricocheting around my social circle, as friends confided that they, too, had picked it up. Since its release in January, "How Not to Look Old" has become a bestseller, and Krupp's unfurrowed face has been all over the "Today" show, Time magazine and "Oprah," dispensing advice on how to shed the style habits that make us "OL" (old lady) and learn the secrets of appearing "Y&H" (young and hip). Vanity loves company.

Krupp's success is fueled largely by the sheer numbers of her potential readers: The baby boomers have now all fully passed into middle age and beyond, and we Gen-Xers are right there behind them. Forty still isn't and never will be the new 30, but it isn't a "Sunset Boulevard" death knell anymore, either. The women who once camped out for Whitesnake tickets are not going to go gentle into that Eileen Fisher.

The book also resonates because, to its credit, much of Krupp's fast fix advice makes common sense. The author's main mantra is a call to simple, unfussy elegance: loose hair, lighter makeup, restraint of embellishment. She also cautions as strongly against trying to look too young as she does against emulating grandma. You get to a certain stage in life, and Forever 21 and Urban Decay no longer speak to you. Your underpants no longer have funny sayings on them -- or at least they shouldn't. It's a not-so-fine line between being youthful and relevant and being Dina Lohan.

Over the past few weeks, I've found myself wondering what Charla would think of my sartorial choices -- would she approve of the wrap dress for a party, or tell me to go with boot-cut jeans and heels? I've adopted some of her suggestions, trading my usual wine-colored lipstick for a glossy pink, taking my frumpy, mid-calf skirts to the tailor to be shortened to knee length, and getting some White Strips for my smile. Nothing's ever going to make me 25 again, but I do look and feel a hell of a lot better.

But Krupp also has plenty of ideas as wackadoo as one would expect from the alternate reality of a New York City beauty editor. Her idea of skimping is to get Botox just once a year. She extols the virtues of personal shoppers and $70 concealers. She champions lightening your hair, which is fine if you're melanin-challenged like me, but doesn't do much to help if you're African-American, Asian or olive skinned. She admits that personal upkeep requires effort, thought and expenditure, and assumes that if you're reading her book, you're up for at least some of the sacrifice.

One could argue that we'd be better served by nurturing our self-esteem than spending money on hair dye, that books like Krupp's and shows like TLC's "Ten Years Younger" prey on our deepest insecurities. But most of the women I know can read books and don shapewear at the same time. We can run our lives and still want to diminish our crow's feet. If there's something sad about our collective desire to stay as dewy fresh as possible, letting yourself go isn't all it's cracked up to be either. And there's nothing inherently ennobling about ugly shoes.

The tricky part is navigating that seemingly contradictory impulse to celebrate our maturity while doing everything in our power to fight it. How do we gauge how to feel about ourselves when nobody else seems to have figured out what to do with us either? Magazines throw the word "still" in front of their praise for actresses of a certain age, as in "still stunning Diane Lane," or "still sexy Juliet Binoche." Nothing like a qualifier to diminish the compliment. The media teasingly refers to Demi Moore and Madonna as cougars, but there's a sting to the term too, a suggestion that to be desirable past a certain age makes one a predatory anomaly.

I can look at the cover of More, the women's glossy for the post-Glamour, pre-AARP Magazine set and see the words "Strong. Sexy. Stylish" and think, yes, as a matter of fact, my peers are pretty strong, sexy and stylish. I can also think there's something not so subtly condescending about the whole "You go, old girl!" message, the exfoliating-as-fast-as-I-can subtext.

Is it because, in typical women's magazine fashion, More serves up empowerment with a hefty side of undermining? Because it assumes birthdays have "more in common with a colonoscopy than a Mardi Gras," and suggests we keep an open mind about Botox because "There's no reason to look like a crone"?

We all define for ourselves what aging gracefully means. My tattooed, badass, rock 'n' roll friend Tracey decided this year to let her wild tangle of hair go gray, and the gunmetal locks suit her perfectly. My knockout colleague Lana, on the other hand, recently vowed to keep up appearances "until there's nothing left of me but bleach and surgical tape." Personally, I'm about as high maintenance as my overbooked lifestyle and Rite Aid budget will allow. As I hobble toward my golden years, I'd like to make sure I still have something in the bank to retire on.

It's humbling to try to thrive in a culture that's all too eager to remind us that we've still got it, that we're just fine for our age. We used to just be women. Now we're a subcategory. At the height of our lives, we're suddenly relegated to the perimenopausal Special Olympics.

When I turned 42 recently, I was pleased to have attained the magic number that any Douglas Adams fan will tell you is the answer to life, the universe and everything. It's a time that, for many of us, is in fact pretty sweet. We're at the apex of our careers, our kids are out of the harrowing baby and toddler years, we're smarter and more erotically charged than ever. Aging, Charla Krupp asserts, sucks. But maturity has its upsides. Frankly, if wearing flattering pants and upgrading the moisturizer come with the territory, I'll take them. It doesn't mean I want to be great for my age. It just means I want to be great.