The bull market for forgotten films 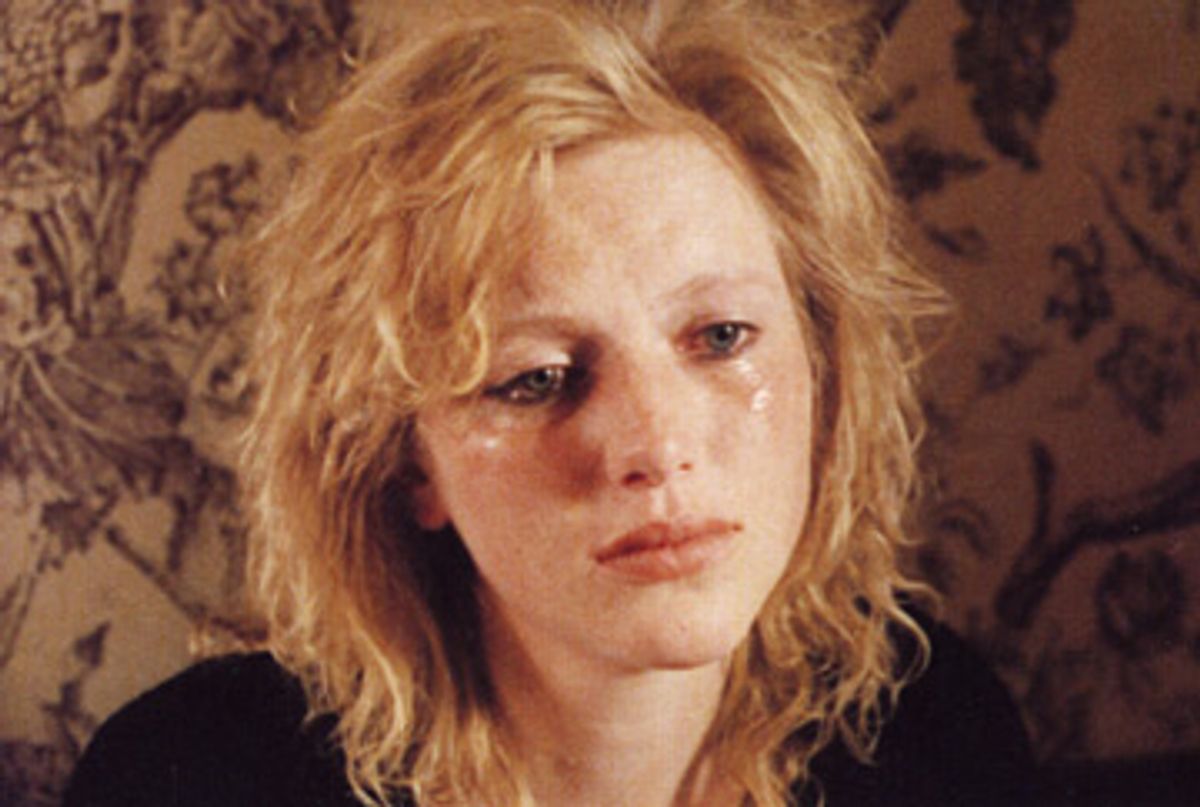 Johanna ter Steege as Marianne in "J'entends plus la guitare."

You hear versions of the same complaint over and over again from people in the indie-film business: Movies aren't important the way they once were. The old art-house business has collapsed and the audience for serious and ambitious pictures, especially if they've got subtitles, has virtually evaporated. There's some truth behind that oversimplification. But it doesn't convey the immense variety of a segmented marketplace where consumers have vastly more choices than they did in the days of Bresson, Bergman and Fellini. It certainly doesn't explain the boomlet of theatrical revivals and re-releases -- often of obscure, forgotten or orphaned films -- that has blossomed in recent years, even as contemporary films from all over the world beach themselves and expire on American sands.

I never thought I'd live to see Philippe Garrel's 1991 film "J'entends plus la guitare" ("I Don't Hear the Guitar Anymore") get an American theatrical release. And until a few weeks ago, I'd never even heard of Robert Hamer's 1947 noir-flavored melodrama "It Always Rains on Sunday." Both open in New York this week. These two pictures could hardly be more different in terms of style, sensibility, vision and direction. Garrel is a French counterculture legend, a veteran of the 1968 Paris street rebellion and the former lover of Nico, onetime singer of the Velvet Underground. "J'entends plus la guitare" is an intimate, improvisational memoir film about that love affair and its awful conclusion, a film that purposefully avoids plot and character conventions, that will transport some viewers into a reverie and drive others to boredom and befuddlement.

Hamer was an accomplished craftsman of the postwar British studio system, best known for "Kind Hearts and Coronets," the comedy classic with Alec Guinness. "It Always Rains on Sunday" is a tightly constructed affair, shot on soundstage reproductions of East London streets, with a tragic-romantic "A" plot, a farcical "B" plot and supporting characters carefully positioned for ironic or pathetic effect. But these two films have at least one thing in common, and it's one that a small but loyal audience wants to buy: the apparent cultural authenticity that comes with being unearthed from the past.

For the past decade, Rialto Pictures (the distributor of "It Always Rains on Sunday") has had surprising success in releasing or re-releasing both art-house classics and films largely unknown to American audiences, all arriving with the comforting imprimatur that someone, some time ago, thought they were significant works. (Does anyone feel absolutely sure that we'll want to see "No Country for Old Men" in 2017 or 2027?) Rialto has thrived in releasing pristine new prints of recycled film-course fare like "Grand Illusion" and "Discreet Charm of the Bourgeoisie" and "Nights of Cabiria" and a seemingly endless catalog of Jean-Luc Godard titles. But the company's real breakthroughs have been topical, distinctive and often shocking movies that few living American cinephiles had ever seen: Gillo Pontecorvo's "Battle of Algiers," Jean-Pierre Melville's "Army of Shadows" (never previously released in the United States), Alfredo Lattuada's "Mafioso."

Another factor in this equation is the exploding DVD universe, and specifically the Criterion Collection, the wondrous library of film classics that's also the home-video distributor of most Rialto titles. The two companies have worked out an ingenious synergy: Rialto moves a few prints around the country from one independent theater or college film series to the next over many months, generating reviews and sometimes a surprising payoff. ("Battle of Algiers" and "Army of Shadows" grossed about $800,000 apiece, a number few foreign films these days ever dream of reaching.) Finally, when the theatrical market has been carefully worked, a deluxe Criterion DVD release follows, aimed at collectors and home-theater misanthropes.

Like everything else about the movie business, this pattern undoubtedly won't work forever. The supply of little-known decades-old films that are actually worth re-releasing is not infinite, and indeed I'm not sure that "It Always Rains on Sunday," expertly made as it is, offers more than an intriguing glimpse at a bygone cultural and cinematic era. Nonetheless Rialto has a new competitor of sorts, a micro-distributor called the Film Desk whose first release is "J'entends plus la guitare." It's a brave choice, a movie that's almost certainly too recent, too bohemian-flavored and too oblique even for Rialto's tiny slice of the adult filmgoing audience.

Like Garrel's more recent and arguably more accessible Paris '68 drama "Regular Lovers," "J'entends plus" slowly builds a trippy, meditative state out of apparently miscellaneous, formless material. If you have the patience for his work, it evokes the peculiar feeling that you've known his characters all your life, gotten high in the same crappy rooms with them, slept with them, had the same endless discussions with them. (Perhaps you have.) Here's the story, such as it is: A handsome, self-involved artist named Gérard (Benoît Régent, playing a clear self-portrait of the director) argues about love with his best friend (Yann Collette), eventually wriggles free from his destructive relationship with a German junkie (Johanna ter Steege, in the Nico role) and suddenly finds himself with a wife (Brigitte Sy) and infant son, although he's still a liar, a cheat and a failure.

Garrel pays little attention to chronology or internal narrative consistency, and major plot developments go unexplained. I believe he's a masterful filmmaker, with a magical, transparent command of the medium, and so those choices don't bother me. I don't kid myself that large numbers of other viewers will feel the same way. Hey, compared to Garrel's LSD-drenched experimental films of the '60s and '70s, though (including some made with Nico), "J'entends plus" is a model of clarity. Caroline Champetier's odd, drifty natural-light cinematography pulls us through Garrel's decrepit apartments, coffee houses and beach towns, places haunted by Gérard and his friends like ghosts of the idealistic young dreamers they used to be, not long ago.

"It Always Rains on Sunday" also features the ghost of the past, in quite a different context. Shrewish East End housewife Rose Sandigate (Googie Withers) is revealed as a misguided romantic heroine when her former boyfriend (John McCallum) escapes from prison and seeks her out. The whole film is basically colorful characterization, of a distinctive and artificial English sort, whether from Rose's walrus-like husband (Edward Chapman), her minx-like stepdaughter (Susan Shaw), a womanizing Jewish bandleader cum pawnbroker (Sydney Tafler) or the pipe-smoking, world-weary detective (Jack Warner) who seems to be pursuing every London criminal case at once. Hearing English actors say "meshuggeh" and "shlemiel" is virtually its own reward. Hamer handles the clockwork plot with precision and shoots a final chase scene with panache. It's a cannily crafted and satisfying entertainment, which isn't the same thing as claiming it has a point.