Attention, all you memoir fabulists!

In light of recent scandals, we will now require arrest records and stool samples from all autobiographers. And can someone fact-check the Gospels? 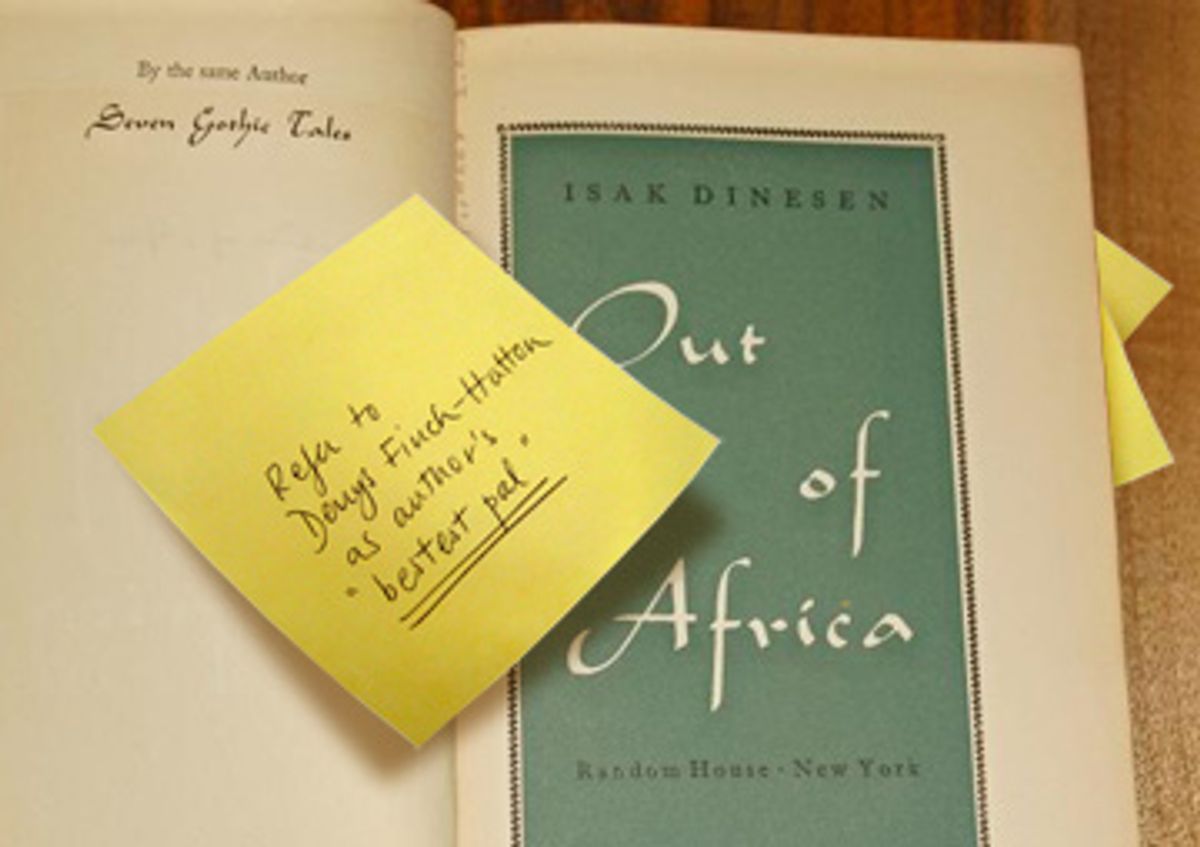 TO: Editorial Team
FROM: Corporate Counsel
SUBJECT: Facts and memoir

Many of you have commented on the recent scandals surrounding fraudulent memoirists -- particularly Misha Defonseca, the Belgian who manufactured a Holocaust past, and Margaret Jones, the white Sherman Oaks, Calif., woman masquerading as a half-Native American barrio gangsta.

In response to public outcry, Erewhon Publishing has instituted a stringent new "cards on the table" policy. In the future, every memoirist will be required to provide evidence of his or her dysfunction: arrest records, needle tracks, urine and stool samples -- and in the case of Martin Amis, dental bills.

Scary relatives must provide DNA evidence of kinship. Wish-fulfillment detectors will be distributed to editors on an as-needed basis. In the meantime, Erewhon Publishing has instituted a comprehensive fact checking of our back catalog. While still in its preliminary stages, our review has already uncovered troubling inconsistencies in the following memoirs:

In the Gospel According to Luke, Jesus was conceived during King Herod's reign. However, the census that brought Joseph and Mary to Bethlehem took place in A.D. 6, 10 years after Herod's death. Who, then, ordered all the young male children of Bethlehem to be massacred, per Matthew? Can someone straighten this out?

Nativity accounts are problematic as well. Luke mentions shepherds and a birth in a manger; Matthew and Mark don't. Matthew mentions three Magi and a flight to Egypt; Luke and Mark don't. Matthew 12:30: "He who is not with me is against me." Mark 9:40: "He that is not against us is for us." Luke 9:50: "He that is not against you is for you." New corporate policy on quotes: When in doubt, leave it out.

"The Travels of Marco Polo"

We have learned that the original book was written in French, a language Mr. Polo did not speak, by one Rustichello de Pisa. Please change author credit.

Questions have also arisen as to whether Mr. Polo even went to the Orient. At least one contemporary accused him of hanging out at Black Sea ports, soaking up traders' stories and "making shit up." We recommend a disclaimer footer on every page.

"Story of a Soul" by Saint Thérèse

Spectro-analysis of the manuscript reveals that Thérèse originally referred to herself not as "Jesus' little flower" but as "Jesus' sweet-lovin' woman."

"The Adventures of Buffalo Bill Cody"

According to zoologists, the animals that Mr. Cody killed in excessive numbers are not buffaloes but bison. We recommend a global search-and-replace, up to and including author's name.

"The Autobiography of Alice B. Toklas"

Written by someone else. Please change title.

"Out of Africa" by Isak Dinesen

Contemporary accounts suggest that hunter Denys Finch-Hatton may well have been gay, thereby complicating his suggested romance with the author. One possibility: Refer to him, wherever necessary, as the author's "bestest pal." Insert the word "wistfully" at regular intervals.

"The Diary of Anais Nïn"

Sex researchers state categorically that no woman can have so many orgasms at the same time, particularly with her head at such a pronounced angle to the bistro floor. Please cut every orgasm count by a factor of 2 or 3.

"The Diary of Anne Frank"

Why is Mrs. Van Daan always running the vacuum cleaner? Is that plausible?

The author loses his first butterfly at Vyra, Russia, finds it again 40 years later in Colorado. Average life span for a butterfly is 20 to 40 days. Suggest changing "butterfly" to "giant tortoise."

At Mary McCarthy's suggestion, all instances of "a" and "the" have been thoroughly vetted. Thirty-three have been removed.

"Song of Myself" by Walt Whitman

Reviewers have flagged the following line:

This is the kind of factual defiance we will no longer accept from our memoirists. Please change second line to: "Sorry."