How did Harold and Kumar get to Gitmo?

And how did they end up getting high with the Leader of the Free World? The makers of "Harold & Kumar Escape From Guantanamo Bay" fill us in at a SXSW round-table interview. (A Salon podcast) 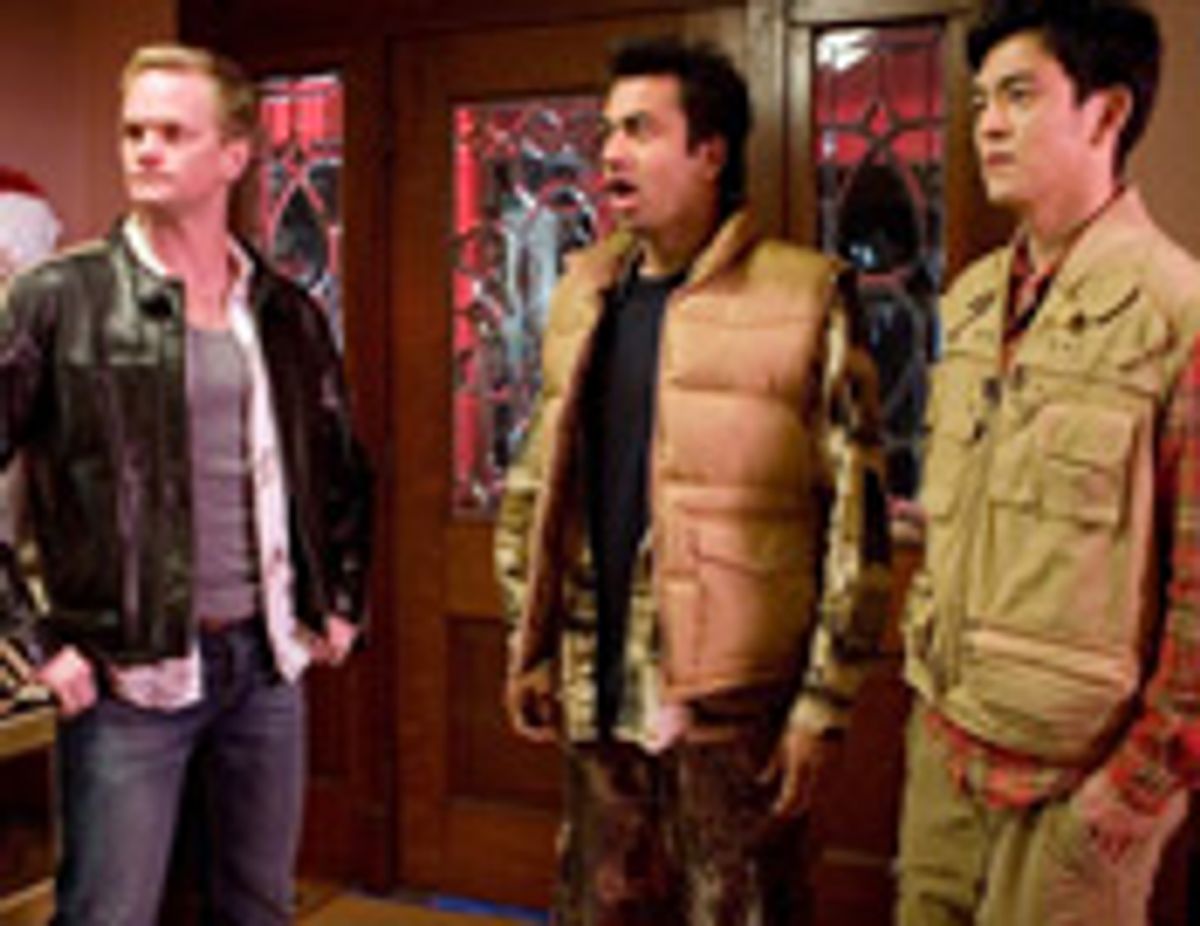 AUSTIN, Texas -- Like any film festival, South by Southwest schedules some semi-major red-carpet premieres mainly to sell tickets and generate major media coverage. But few Hollywood movies fit so perfectly with this festival's (and this city's) self-invented aesthetic as does "Harold & Kumar Escape From Guantánamo Bay," which premiered here last Saturday night. It's a hilarious, sloppy and deliberately outrageous multiethnic stoner buddy comedy, a sequel to 2004's "Harold & Kumar Go to White Castle," a film that became a viral sleeper hit on DVD long after its theatrical release. In this episode, our heroes are indeed arrested as terrorists and sent to Gitmo (an elaborate smokeless bong of Kumar's invention is involved), where they evade eating the dreaded "cockmeat sandwich" and escape back to America with a boatload of illegal Cuban immigrants. Actually, though, the scenes destined to become immortal involve Harold and Kumar smoking up with the current Leader of the Free World – and blowing his mind -- in a secret hideout at his Texas ranch. It's the funniest and most sympathetic portrayal I can imagine of a guy y'all love to hate.

Stars John Cho (who plays Korean-American Harold) and Kal Penn (who plays Indian-American Kumar) dropped into Austin for a day to hold quick round-table interviews with the press. Joining them was the legendary Neil Patrick Harris (of "Doogie Howser, M.D." fame) who delivers a killer "Being John Malkovich"-style performance as himself, or at least a version of himself who consumes psilocybin mushrooms and Jack Daniel's while driving Harold and Kumar to his favorite Texas whorehouse. After Cho, Penn and Harris departed, we were joined by Jon Hurwitz and Hayden Schlossberg, the writing and directing team who say they based Harold and Kumar on the Asian-American buddies they hung out with growing up in suburban New Jersey. "Harold & Kumar Escape From Guantánamo Bay" is slated to open nationwide on April 25.

Listen to a podcast of the round-table interviews here.