What's the matter with kids today?

Nothing, actually. Aside from our panic that the Internet is melting their brains. 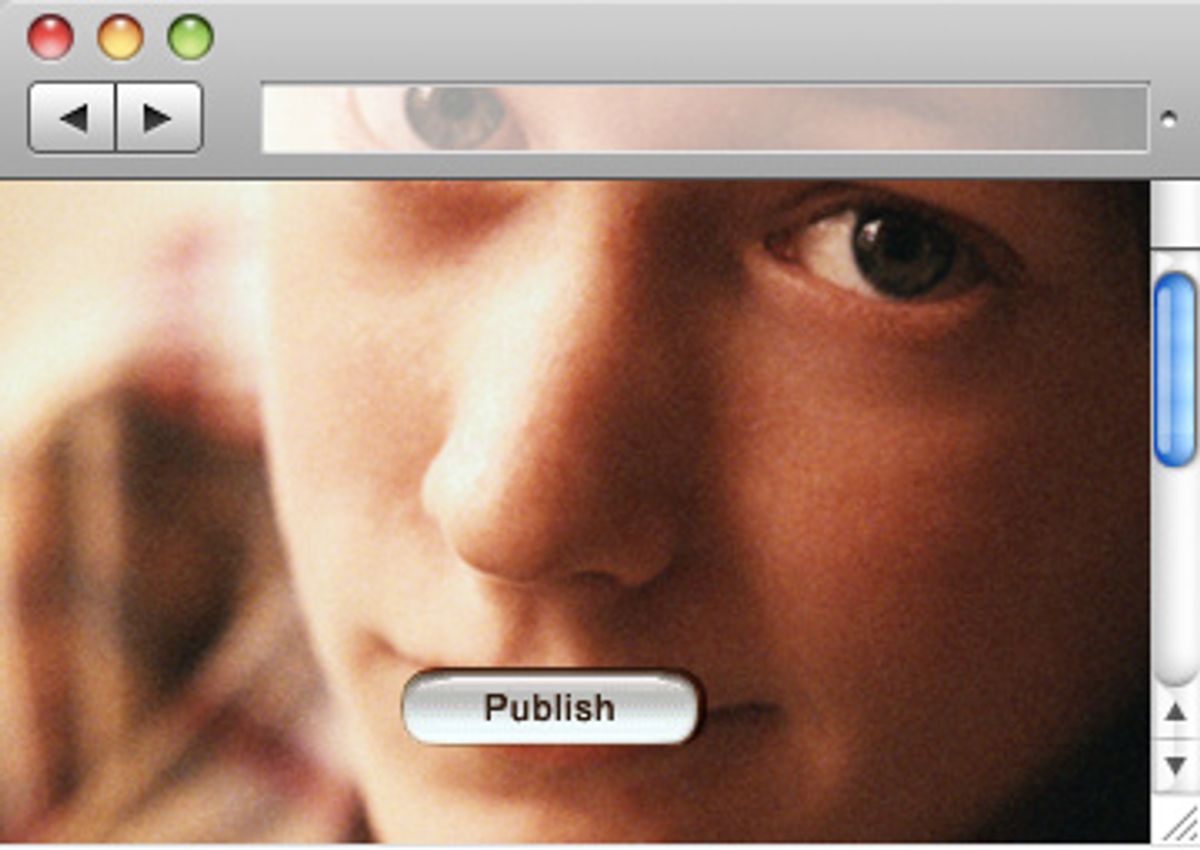 The other week was only the latest takedown of what has become a fashionable segment of the population to bash: the American teenager. A phone (land line!) survey of 1,200 17-year-olds, conducted by the research organization Common Core and released Feb. 26, found our young people to be living in "stunning ignorance" of history and literature.

This furthered the report that the National Endowment for the Arts came out with at the end of 2007, lamenting "the diminished role of voluntary reading in American life," particularly among 13-to-17-year-olds, and Doris Lessing's condemnation, in her acceptance speech for the Nobel Prize in literature, of "a fragmenting culture" in which "young men and women ... have read nothing, knowing only some specialty or other, for instance, computers."

Kids today -- we're telling you! -- don't read, don't write, don't care about anything farther in front of them than their iPods. The Internet, according to 88-year-old Lessing (whose specialty is sturdy typewriters, or perhaps pens), has "seduced a whole generation into its inanities."

Or is it the older generation that the Internet has seduced -- into the inanities of leveling charges based on fear, ignorance and old-media, multiple-choice testing? So much so that we can't see that the Internet is only a means of communication, and one that has created a generation, perhaps the first, of writers, activists, storytellers? When the world worked in hard copy, no parent or teacher ever begrudged teenagers who disappeared into their rooms to write letters to friends -- or a movie review, or an editorial for the school paper on the first president they'll vote for. Even 15-year-old boys are sharing some part of their feelings with someone out there.

We're talking about 33 million Americans who are fluent in texting, e-mailing, blogging, IM'ing and constantly amending their profiles on social network sites -- which, on average, 30 of their friends will visit every day, hanging out and writing for 20 minutes or so each. They're connected, they're collaborative, they're used to writing about themselves. In fact, they choose to write about themselves, on their own time, rather than its being a forced labor when a paper's due in school. Regularly, often late at night, they're generating a body of intimate written work. They appreciate the value of a good story and the power of a speech that moves: Ninety-seven percent of the teenagers in the Common Core survey connected "I have a dream" with its speaker -- they can watch Dr. King deliver it on demand -- and eight in 10 knew what "To Kill a Mockingbird" is about.

This is, of course, the kind of knowledge we should be encouraging. The Internet has turned teenagers into honest documentarians of their own lives -- reporters embedded in their homes, their schools, their own heads.

But this is also why it's dangerous, why we can't seem to recognize that it's just a medium. We're afraid. Our kids know things we don't. They drove the presidential debates onto YouTube and very well may determine the outcome of this election. They're texting at the dinner table and responsible for pretty much every enduring consumer cultural phenomenon: iPod, iTunes, iPhone; Harry Potter, "High School Musical"; large hot drinks with gingerbread flavoring. They can sell ads on their social network pages, and they essentially made MySpace worth $580 million and "Juno" an Oscar winner.

Besides, we're tired of having to ask them every time we need to find Season 2 of "Heroes," calculate a carbon footprint or upload photos to Facebook (now that we're allowed on).

Plus, they're blogging about us.

So we've made the Internet one more thing unknowable about the American teenager, when, really, it's one of the few revelations. We conduct these surveys and overgeneralize -- labeling like the mean girls, driven by the same jealousy and insecurity.

Common Core drew its multiple-choice questions for teens from a test administered by the federal government in 1986. Twenty-plus years ago, high school students didn't have the Internet to store their trivia. Now they know that the specific dates and what-was-that-prince's-name will always be there; they can free their brains to go a little deeper into the concepts instead of the copyrights, step back and consider what Scout and Atticus were really fighting for. To criticize teenagers' author-to-book title matching on the spot, over the phone, is similar to cold-calling over-40s and claiming their long-division skills or date of "Jaws" recall is rusty. This is what we all rely on the Internet for.

That's not to say some of the survey findings aren't disturbing. It's crushing to hear that one in four teens could not identify Adolf Hitler's role in world history, for instance. But it's not because teenagers were online that they missed this. Had a parent introduced 20 minutes of researching the Holocaust to one month of their teen's Internet life, or a teacher assigned "The Diary of Anne Frank" (arguably a 13-year-old girl's blog) -- if we worked with, rather than against, the way this generation voluntarily takes in information -- we might not be able to pick up the phone and expose tragic pockets of ignorance.

The average teen chooses to spend an average of 16.7 hours a week reading and writing online. Yet the NEA report did not consider this to be "voluntary" reading and writing. Its findings also concluded that "literary reading declined significantly in a period of rising Internet use." The corollary is weak -- this has as well been a period of rising franchises of frozen yogurt that doesn't taste like frozen yogurt, of global warming, of declining rates of pregnancy and illicit drug use among teenagers, and of girls sweeping the country's most prestigious high school science competition for the first time.

Teenagers today read and write for fun; it's part of their social lives. We need to start celebrating this unprecedented surge, incorporating it as an educational tool instead of meeting it with punishing pop quizzes and suspicion.

We need to start trusting our kids to communicate as they will online -- even when that comes with the risk that they'll spill the family secrets or campaign for a candidate who's not ours.

Once we stop regarding the Internet as a villain, stop presenting it as the enemy of history and literature and worldly knowledge, then our teenagers have the potential to become the next great voices of America. One of them, 70 years from now, might even get up there to accept the very award Lessing did -- and thank the Internet for making him or her a writer and a thinker.

Amy Goldwasser is the editor of the recently published "RED: The next generation of American writers -- teenage girls -- on what fires up their lives today' (Hudson Street Press) and the website-social network redthebook.com.