Guerrillas rise up in Nazi-occupied Britain 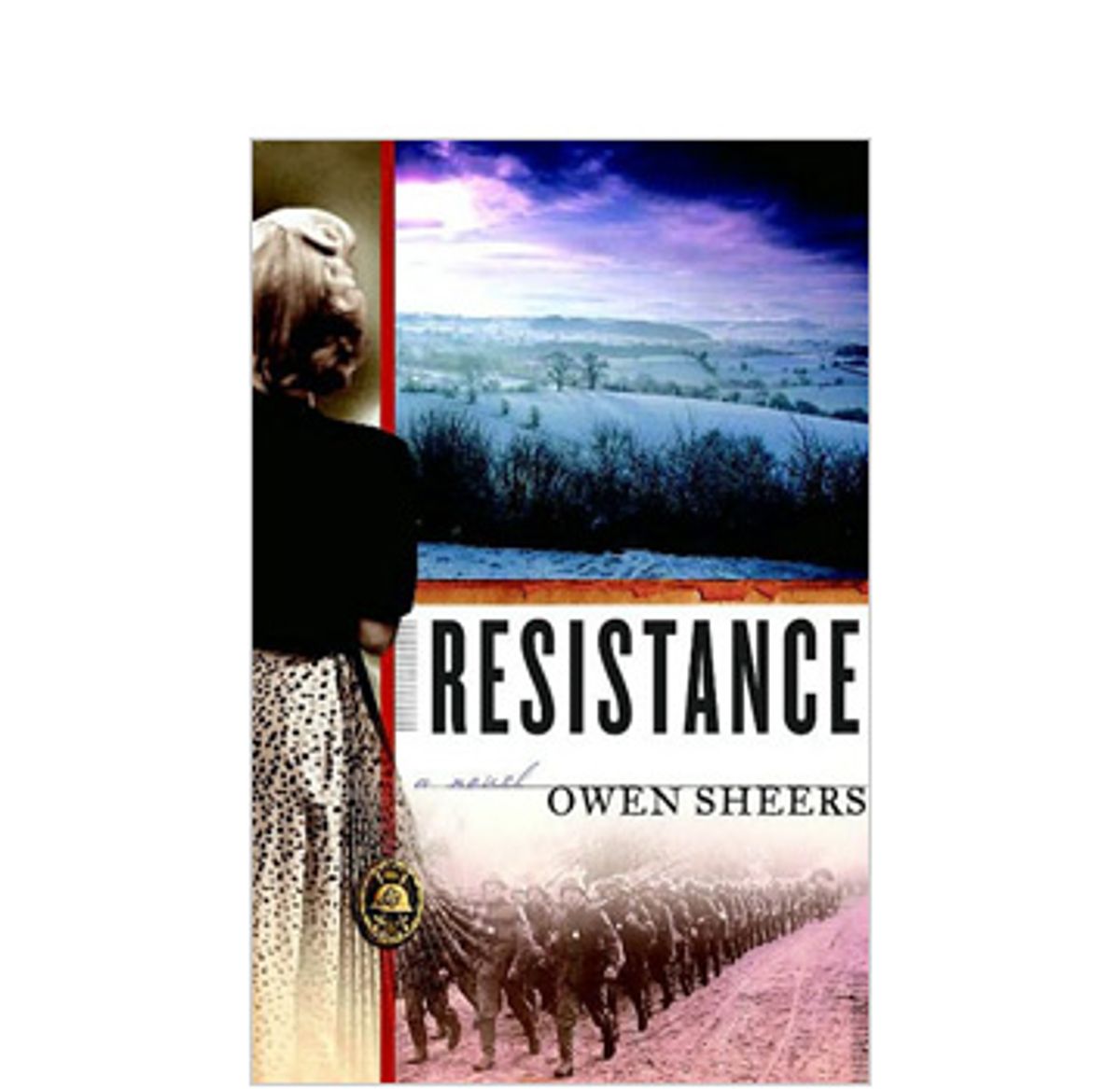 A foreign army invades and conquers a sovereign nation, installing itself as an occupying force. Some of the natives form an underground guerrilla resistance, sabotaging munitions dumps and planting roadside bombs. The occupiers accuse this "vicious insurgency" of trying to destabilize a "peaceful" regime and denounce them as "the last, sputtering breath" of a "dying tyranny."

The nations in question are real, but the scenario is fictional; Owen Sheers' haunting new novel, "Resistance," describes life in a half-forgotten corner of Nazi-occupied Britain. Technically, the book, like Philip Roth's "The Plot Against America," belongs to the genre called alternative history or counterfactual. These are "what if?" exercises in historical imagination. Winston Churchill himself wrote a counterfactual novel about the Civil War (in which the South won), but World War II is probably the most popular subject for the genre's practitioners, who often hypothesize what the world would look like if the Axis powers had won. Robert Harris' bestseller "Fatherland" was a policier set in a triumphant Nazi Germany, and Philip K. Dick's least trippy novel, "The Man in the High Castle," took place in Japanese-occupied San Francisco.

"Resistance" has more in common with Dick's mournful alternative history than Harris' or Roth's; it's a quiet yet urgent novel, rich with emotional shadings, rather than an act of political speculation. The characters -- a village full of farmers' wives whose husbands disappear one night, and a patrol of German soldiers on a mysterious mission -- are sequestered in an isolated Welsh Valley in the shadows of the Black Hills. For them, the war and the shifting fortunes of the Allies and Axis forces are faint noises on a distant horizon. Or, at least that's what they'd like to think.

Of the many kinds of resistance Sheers traces in this novel, the defection of the village's men is the most obvious. They vanish without a word at the beginning of the story, and their wives reluctantly come to understand that they have left, perhaps forever, to join the last-ditch fight against the invaders. A minor character named George, a farmer's son from a neighboring village who is recruited by a British intelligence agent, provides some sense of what the missing men might be going through. "You can expect around fourteen days from the invasion date," the agent explains, meaning fourteen days of "activity" before George will most likely be caught and killed.

Also resisting the war, albeit in a different fashion, is the German patrol, led by the acutely ambivalent Captain Albrecht Wolfram. Fluent in English due to the year he spent studying history at Oxford, Albrecht discovers an unexpected refuge in the Olchon Valley. The bleak beauty of the Welsh countryside and the eternal rhythms of farming and sheepherding make wartime Germany, the "spiraling, unnatural world he had somehow found himself caught up in, seem a million miles away. Sarah, the young wife of one of the absent farmers, tugs at his heart. When German commanders apparently forget the patrol's existence, neither Albrecht nor his men are anxious to remind them.

At first, the women of the village want nothing to do with the Germans. Then, a particularly harsh winter sets in. Sheep need to be brought down from the high pastures; pigs must be slaughtered, buildings repaired, fields plowed and colts broken. Life, in other words, goes on. The two sides negotiate a wary truce, trading the German men's labor for food and other supplies; gradually, the wariness subsides. An old lady devastated by the death of her son in the war virtually adopts a shell-shocked German private; another soldier develops an ardent crush on a local girl; a third rejoices in the opportunity to do wholesome farm work again, striking up a friendship with a middle-aged Welsh woman despite their inability to speak each other's language.

Albrecht knows this interlude can only be brief; the war grinds on outside the valley, with Nelson's column pulled down from Trafalgar Square and sent to Berlin as a trophy and firing squads executing resistance fighters in English village greens. At times, he's convinced that he has "intervened in nature ... keeping at bay, just for a moment, what he knew all too well to be inevitable. The cat would find the mouse, the wolf will find the lamb and the war, like the river they walked beside now, would always rediscover its course." Showing Sarah a medieval map of the world, he explains that the word "MORS," printed around the edge of the frame, "represents death, which dwells outside God's realm." By implication, he's speaking of what lies beyond Ochlon. But life -- the real life of harvest and shearing and courtship that the Germans reclaim for themselves during their months in the valley -- is never free from death.

Is war part of nature, or its opposite? At what point does holding onto the most elemental human connections become delusional, a denial of life instead of its affirmation? I won't deny that Western readers may find "Resistance" an eye-opening invitation to imaginatively experience the occupation we inflict so self-confidently on other people, and it does work on that level. But Sheers' novel transcends mere political commentary. The questions it asks have always been with us and no doubt always will be.