A Lynchian nightmare, a hooker grandma and more 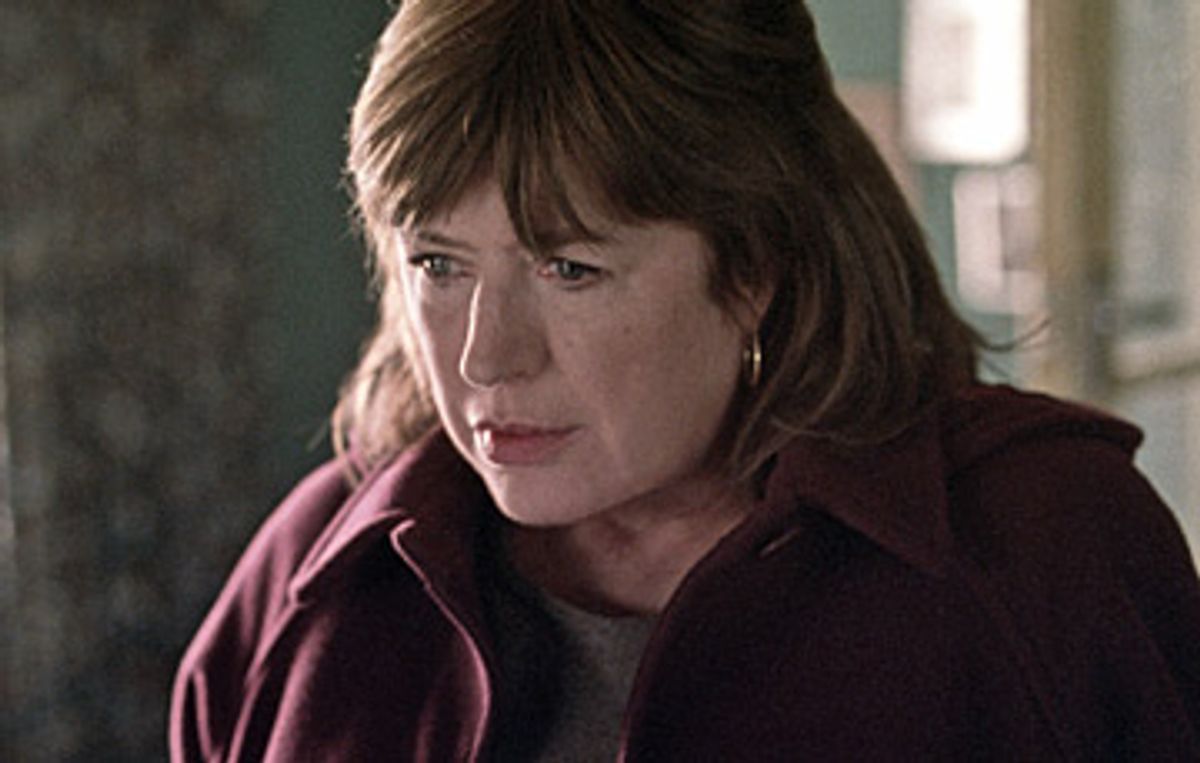 UPDATE: I have corrected the title of the documentary "Poisoned by Polonium: The Litvinenko File," which I butchered on first publication.]

Spring has sprung full bloom for indie releases, and many small distributors are hopefully sending their boats into the current over the next few weeks. Many will sink immediately, but 'tis a noble effort, O reader. I've already covered Christophe Honoré's strange and bittersweet musical "Love Songs," which opens today in New York, and is already available on-demand on cable TV from IFC In Theaters. Stephanie Zacharek just reviewed Olivier Assayas' latest wallow in Eurotrash obscurantism, "Boarding Gate" (also opening Friday in New York), and I'm grateful, because it ain't quite my cup of absinthe-spiked twice-boiled coffee.

Another film I caught is the American micro-indie "Fade," from writer-director Anthony Stagliano, which just opened at the Pioneer Theater in New York. I wouldn't call "Fade" an entirely or even mostly successful movie, but it's an intriguing blend of elements I can't help admiring. Blending Lynchian nightmare, a lo-fi B-movie aesthetic and the obsessive, claustrophic atmosphere of "Memento" (or, more to the point, of New York indie hero Lodge Kerrigan's "Keane"), "Fade" tries to capture the world of a pathological insomniac (David Connolly) and the wife (Sarah Lassez) who's losing her own grip on reality in a different direction. Much of "Fade" is told without dialogue, and once the characters start talking -- well, you kind of see why. Photography and editing are impressive, and the nerve-jangling modernist score helps breed an atmosphere of dread.

There are plenty of other new films I've missed while I was in Texas on festival duty. "Under the Same Moon" ("La Misma Luna") is an ambitious family-oriented immigration drama from Mexican-born director Patricia Riggen, following a young boy who enters the United States illegally in search of his mother. (It's now playing in New York, Los Angeles, and various Mexican cities, with wider release to follow.)

German director Sam Garbarski's English-language feature "Irina Palm" turned a few heads when it premiered last year in Berlin, and is only now getting a small American release. It stars alt-rock icon Marianne Faithfull as a London grandma who becomes a sought-after sex worker in order to raise money for an operation that may save her grandson's life. (Opens Friday at the Quad Cinema in New York; March 28 at the Nuart Theatre in Los Angeles; April 11 in Honolulu, San Francisco and Seattle; April 25 in Denver, Philadelphia and Palm Springs, Calif.; May 2 in Boston; May 9 in San Diego and May 16 in Atlanta and Washington, with more cities to follow.)

One of the hottest topics in Russian émigré circles all over the world (and presumably among dissidents at home too) is Andrei Nekrasov's investigative documentary "Poisoned by Polonium: The Litvinenko File." In trying to shed light on the mysterious London assassination of Russian spy Alexander Litvinenko in 2006, Nekrasov makes various incendiary claims in linking Russia's FSB (successor to the KGB) to terrorist bombings and the rise of semi-totalitarian president Vladimir Putin. "Poisoned by Polonium" premiered last year at Cannes (under the title "Rebellion") and now opens at New York's Quad Cinema, with more engagements to follow.

New Yorkers also have a few more days to catch the Film Society of Lincoln Center's retrospective tribute to Thorold Dickinson, a leading British director of the World War II era and a favorite of Martin Scorsese's. Dickinson made the original version of "Gaslight" in 1940 (four years before George Cukor's Hollywood version); his other noteworthy films include "The Arsenal Stadium Mystery," the Russian-set costume drama "Queen of Spades," an IRA thriller starring the young Audrey Hepburn called "Secret People," and the first-ever feature made in Israel, 1955's "Hill 24 Doesn't Answer."