The great green diaper debate: Where do the new flushable nappies fit in? 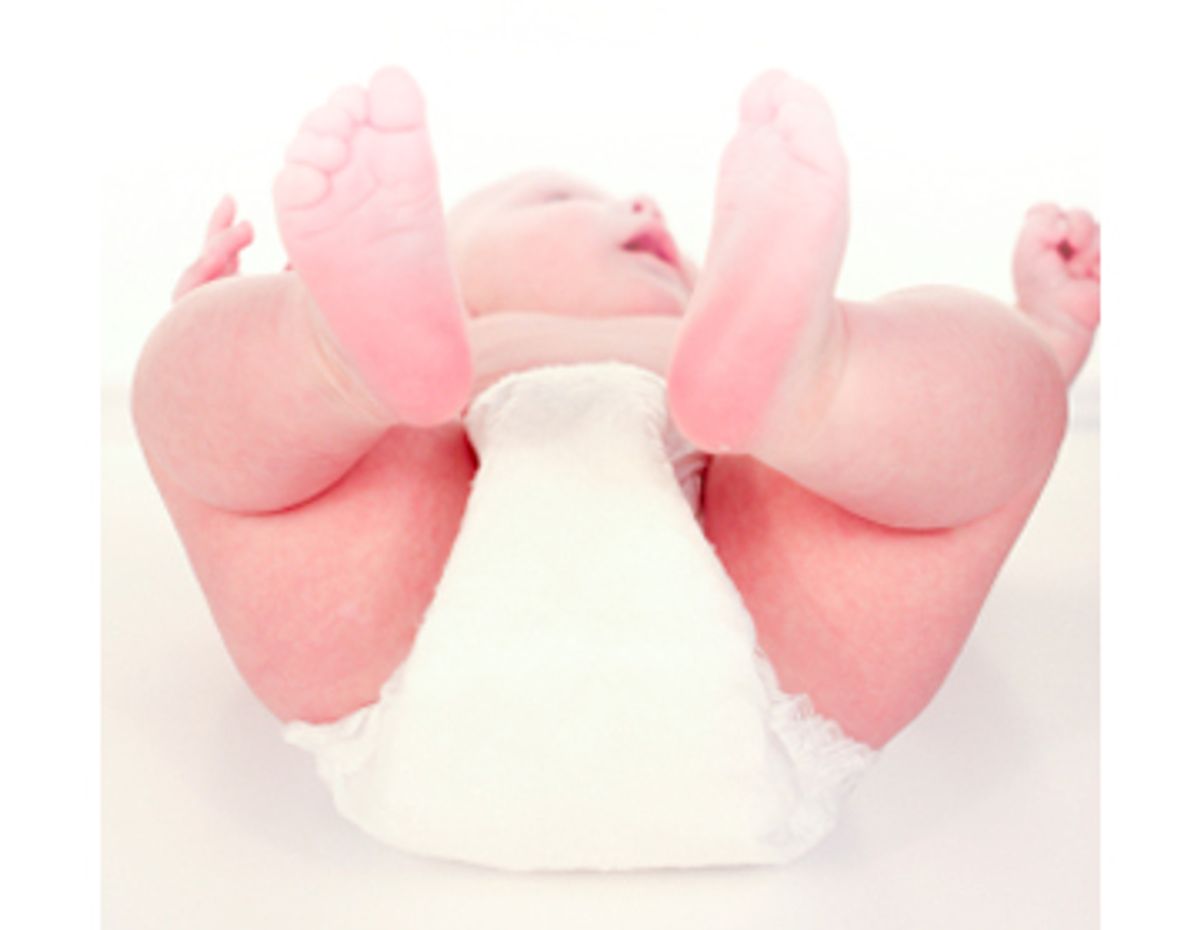 The great diaper debate of disposable vs. cloth now has a new dimension thanks to gDiapers, flushable nappies that are cradle-to-cradle certified. But is it really environmentally sound to flush each diaper? The gDiapers Web site says it's OK to throw them away since they biodegrade within 60 days, but it also points out that poop in landfills is generally a bad idea because of all those nasty bacteria, and that "the best way we currently have for treating human waste is in our existing sewage facilities." What say you?

You are not the first to ask about disposable diapers and, lucky for you, my editor wants me to work on this smelly subject this week. And what topic could be more fitting after my last article on the environmental impact of bringing an additional child into the world. Honestly, I don't know much about diapers -- and those who wear them -- but hopefully we can learn something together this week and find an environmentally friendly solution to this mess.

The first mass-produced cloth diapers entered the market in 1887 and the first disposable diaper was sold in 1942. The diaper has come a long way since then and now features super-absorbent materials, improved comfort, easier-to-use adhesive closures. Since every infant needs up to 60 diapers per week, you can imagine that they have contributed a great deal of volume to our landfills: 3.4 million tons a year in the United States alone. Not only do these landfills use valuable space, but they also release climate-change-causing methane gas as organics degrade in the absence of oxygen. Aside from the convenience, it is clear that modern diapers don't offer an ideal solution.

Enter Seventh Generation's chlorine-free diapers. These diapers are made from materials that are a little more environmentally friendly, like wood pulp fluff and sodium polyacrylate (for absorbency), but they still use a polyolefin outer liner, which, like most other plastics, takes a long time to break down.

gDiapers has taken it a step further and has introduced a flushable diaper that uses a reusable outer liner. This eliminates the non-biodegradable component of disposable diapers, meaning you can even compost them. The gDiapers Web site encourages users to simply flush the diapers down the toilet because "once at the wastewater treatment plant, valuable nutrients can be recovered and turned into biosolids, which are used as fertilizer."

While this may be true at some wastewater treatment plants, many just truck the solid waste that they sieve out to the landfill. Sure, the product will biodegrade, unlike its conventional counterparts. But, ultimately, its journey from toilet to sewer pipe to waste treatment plant to landfill consumes a great deal of energy. Also, if the excess diapers cause a blockage in the sewer pipes, more water is required to unclog them, and that in turn consumes energy.

Another option is a diaper service that regularly delivers clean cloth reusable diapers to your home and removes used ones for laundering. While this may seems as antiquated as the milkman, there are many environmental benefits. Many studies have been published on the disposable vs. reusable debate. Some have been discredited for their close ties to the disposable diaper industry. Others have found that reusable diapers result in less environmental impact than disposables in categories such as water use and toxic chemicals. The majority of credible studies lean toward diaper services over disposable diapers. One study concluded that disposable diapers use twice as much water and over three times as much energy. (This fact sheet from the Real Diaper Association, a nonprofit group, offers a concise summary of why cloth diapers are preferable, along with a good bibliography.)

Of course there is one more option that may be the pinnacle of eco-friendly childcare, although certainly not for everyone, because it involves no diaper at all. The practice of "elimination communication" is advocated by Ingrid Bauer, who has written a book on the subject. Bauer says the technique, practiced in many less-developed nations and indigenous cultures, is based on a process by which a parent uses signals, cues and intuition to address the "elimination" needs of an infant. As Bauer explains in an FAQ, "When the baby has to go, the parent holds him or her in a comfortable position over an appropriate toilet place and makes a cueing sound (perhaps a gentle 'sss')."

If you aren't ready to engage in elimination communication, I think the environmentally friendly choice is clear. Diaper services are available in many communities and can be located via the National Association of Diaper Services. When you are on the road with your little one or when a diaper service simply isn't available, gDiapers are the best option for you and the planet.