Another home trashed through Craigslist ad

Note to Craigslist readers: Nobody gives away a whole house full of stuff. Ever. 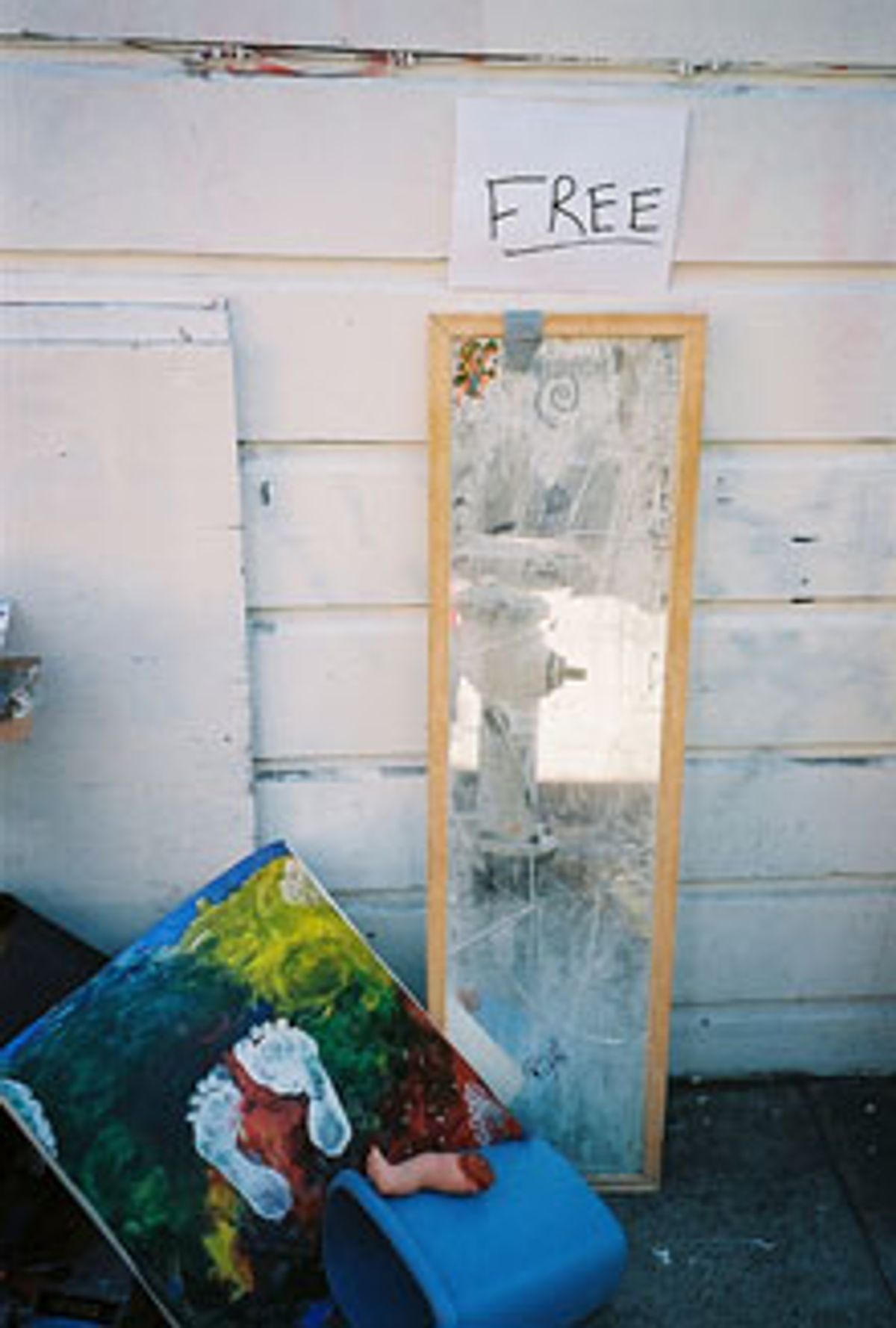 There's a priceless moment in this Associated Press story about Robert Salisbury, a man in Oregon who came home on Sunday afternoon to the shock of dozens of people ransacking his belongings.

They'd been alerted by a Craiglist post which falsely advertised Salisbury's stuff -- including his horse! -- as free for the taking:


On his way home he stopped a truck loaded down with his work ladders, lawn mower and weed eater.

"I informed them I was the owner, but they refused to give the stuff back," Salisbury said. "They showed me the Craigslist printout and told me they had the right to do what they did...."

Once home he was greeted by close to 30 people rummaging through his barn and front porch.

The trespassers, armed with printouts of the ad, tried to brush him off. "They honestly thought that because it appeared on the Internet it was true," Salisbury said. "It boggles the mind."

For a while now, I've been arguing that the Internet, as great as it is, sometimes distorts our understanding of reality, pushing us to accept as true stuff we merely hope to be true. I've used political examples, mainly, but this one's monetary.

If someone tells you that someone is giving away a house of stuff for free, you'd never believe them. But if it's online, well then, maybe there's something to it?

After all, this is the second time -- at least -- that a home has been ransacked in response to a fake Craigslist ad. Last year Laurie Raye, a woman in Tacoma, Wash., came home to a house stripped bare -- her furniture, her front door, her kitchen sink, everything was gone.

Prosecutors later charged Raye's niece, Nichole Blackwell, with burglary, malicious mischief, and criminal impersonation for posting a Craigslist ad which posted Raye's address and read: "Moving out ... House being demolished. Come and take whatever you want, nothing is off limits." (Blackwell was upset, police said, because Raye had evicted Blackwell's mother from the house.)

Salisbury got the license plate numbers of some of the people stealing his stuff; police say that folks caught with Salisbury's items will be charged.

Keep that in mind the next time you see a Craigslist ad too good to be true. It likely is. Nobody gives a house -- or a horse -- away for free on the Web without asking any questions. It just doesn't happen.

So if you spot an ad promising such a bounty, use Craiglist's flagging button to pull down the post. Whatever you do, don't go rummaging through a house; just because the Internet said you could do it doesn't make it right.

I talked about Craigslist for my spot on Current TV this week.