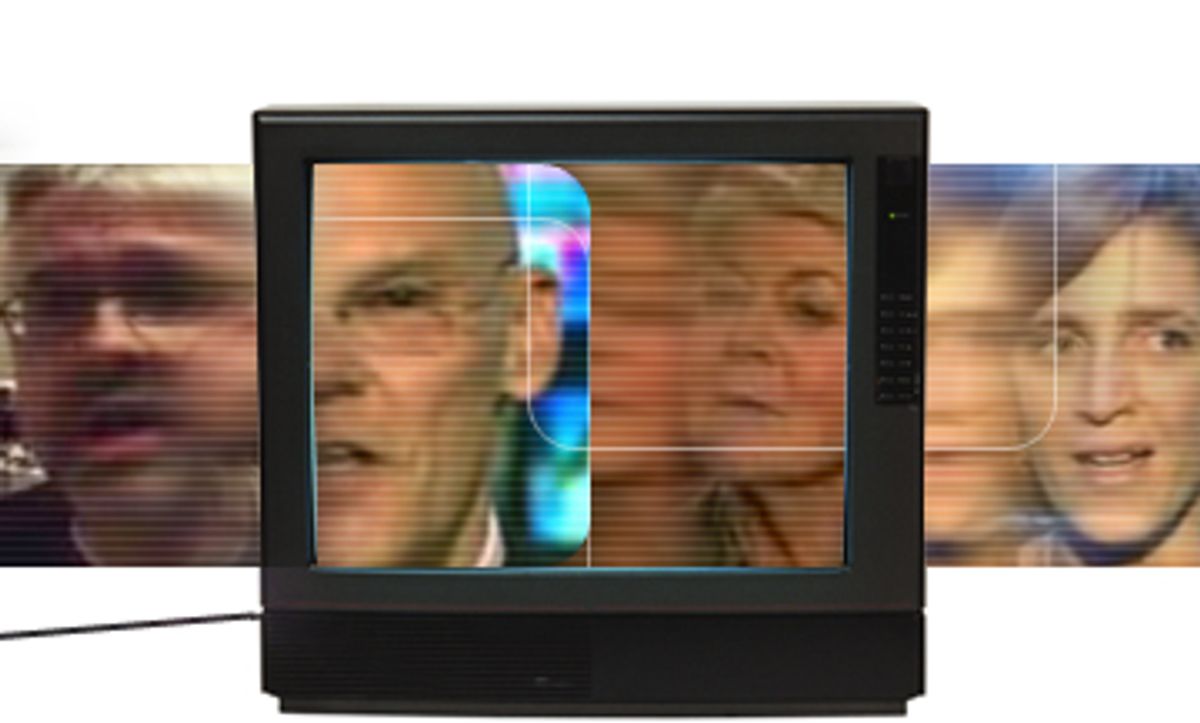 The loose-lips rogue's gallery includes a mega-billionaire Hollywood dealmaker, a retired Air Force general, a legendary Democratic political consultant, a Pulitzer Prize-winning Kennedy School professor, the former Iowa Democratic chairman, an African-American billionaire businessman, the husband of a popular two-term former Democratic governor and a history-making feminist political icon. Even without their names (which range from David Geffen to Geraldine Ferraro), any hardcore cable news viewer or insatiable political Web surfer probably recognizes them instantly. They are the Chastised Eight, all campaign surrogates guilty in the court of public opinion of shouting (or writing) fighting words on the fringes of the Barack Obama-Hillary Clinton presidential brawl.

Just in the last week, Gen. Tony McPeak, campaigning for Obama, compared Bill Clinton's campaign rhetoric to that of Joe McCarthy. James Carville, an outspoken Hillary partisan, in a pre-Easter attack likened Bill Richardson to Judas for endorsing Obama. And Gordon Fischer, the affable pro-Obama former Iowa chairman, typed the fateful phrase "Monica's blue dress" in a blog post (quickly withdrawn) about the Clintons. In the echo-chamber politics of the primaries, each of these charges reverberated off the rafters, as both campaigns ramped up the volume. A typical memo from Howard Wolfson, the Clinton communications director, assailed McPeak for his "outrageous and divisive" comments. Of course, McPeak and Fischer were both reacting to Bill Clinton's slighting Obama with his earlier suggestion that a race between Hillary and John McCain would be between two candidates "who loved this country."

Sorting out this back-and-forth would try the patience of the judge in the Paul McCartney-Heather Mills divorce spectacle. The problem is that as the Democratic race enters its second year in a world of cable talkers, radio shouters, blogs, over-stuffed campaign staffs and passionate surrogates for the candidates, it is likely (but definitely not provable) that never before have so many words been spoken about a presidential campaign seven months before the actual election. Small wonder that, amid this torrent of talk, there have been ill-considered sentences that deserve a do-over even more than the Michigan and Florida primaries.

In a high-minded alternate universe, the news media might briefly note the Carville and McPeak comments before returning to in-depth analyses of the economic theories undergirding the Obama and Clinton responses to the subprime mortgage crisis. But in a world of TV ratings, online traffic tallies and fast-vanishing newspaper circulation, trumped-up controversy (surprise) beats ponderous policy. According to a wide-ranging (and, at press time, unpublished) media-monitoring analysis by the Project for Excellence in Journalism (PEJ), Carville and his Judas crack about Richardson were mentioned in 13 percent of all political campaign stories charted so far this week. At the height of Richardson's own ill-fated presidential campaign, the New Mexico governor was lucky to be mentioned in paragraphs that began, "Also on the ballot are..."

But this is not an isolated blip that can be blamed on Carville's fame as a television performer. Earlier this month, Ferraro in an interview with the Daily Breeze (the newspaper of record in Torrance, Calif.) suggested that Obama would not be doing as well in the campaign if he were a "white man" or "a woman of any color." Such motor-mouthed musings on race and gender by the only woman ever nominated by a major party for vice-president were somewhere between foolhardy and indefensible. But even though Ferraro was a member of the Clinton campaign's oversize finance committee, she was a minor figure in the Hillary campaign who has not held political office in nearly a quarter-century. Still, according to media analysis by the PEJ, Ferraro was a dominant figure in 10 percent of the campaign stories that ran during the week of March 10, which put the attention lavished on the 1984 Democratic veep candidate on statistical par with the coverage of John McCain.

There is a theory -- cleverly articulated by Wall Street Journal columnist Daniel Henninger -- that Clinton surrogates like Ferraro and Carville were making shrewd political arguments that would be inappropriate coming from someone on the official Hillary payroll. Maybe. But more plausible is the notion that political partisans are human beings who sometimes get caught up in the heat of the moment. Samantha Power, an Obama foreign policy advisor who won the Pulitzer Prize for her study of genocide, called Hillary Clinton "a monster" -- and immediately tried to retract those words -- in an interview with the Scotsman newspaper. Like Ferraro and the Daily Breeze, "Scotland's National Newspaper" seems an unlikely media outlet for anyone who is looking to influence, say, Democratic voters in Pennsylvania.

Cable TV deserves much of the blame for fanning the flames of these irrelevant controversies. According to the invaluable content analysis by Project for Excellence in Journalism, the three cable news networks have devoted a stunning two-thirds of their entire news coverage to the presidential campaign this year during key time slots. With a seven-week gap between major primaries, there is an alarming amount of airtime that would otherwise be filled with the mysterious deaths of photogenic blondes. As Mark Jurkowitz, the associate director of the PEJ, put it, "As the media platform most invested in campaign coverage, cable news seems to abhor a vacuum. And when people aren't voting in primaries, we find that tends to take the form of expansive coverage of potential gaffes, perceived insults and loose-cannon surrogates."

If Carville, McPeak and Fischer did not exist this week, some cable-news producer would have to invent them. Fischer, for instance, is portrayed as a close advisor to Obama, even though the Iowa Democrat admitted in an interview Wednesday that he has had only three short telephone conversations with his favored candidate (including a call on his birthday) since the Jan. 3 caucuses. "I'm going to exempt myself, since I wrote something stupid," Fischer said. "But we've had two full news cycles parsing what Carville said as if it were written by Abraham Lincoln or recorded in the Bible."

Of course, it does not take a video camera or a gossip-monger with a BlackBerry to turn the incendiary comments of a campaign surrogate into a voting issue. In the waning days of the 1884 campaign, Republican nominee James Blaine listened without objection as a New York City minister at a GOP rally denounced the Democrats as the party of "rum, Romanism and rebellion." All it took were some handbills and newspaper stories to inform Irish Catholic voters about Blaine's silence in the face of the slur -- and Democrat Grover Cleveland carried New York state (and with it the Electoral College) by a scant 1,149 votes.

It would be nice to believe that the American electorate has grown more sophisticated in the past 124 years. But you certainly cannot prove it by the latest twists in the Democratic race. The way the news coverage is going, pretty soon we will be arguing over the cosmic meaning of some comments by an alternate delegate from Idaho immortalized on a Facebook page. And by the time we get to the potentially rambunctious Denver convention, the final week in March may be remembered as the good old days of substantive political debate on the issues.