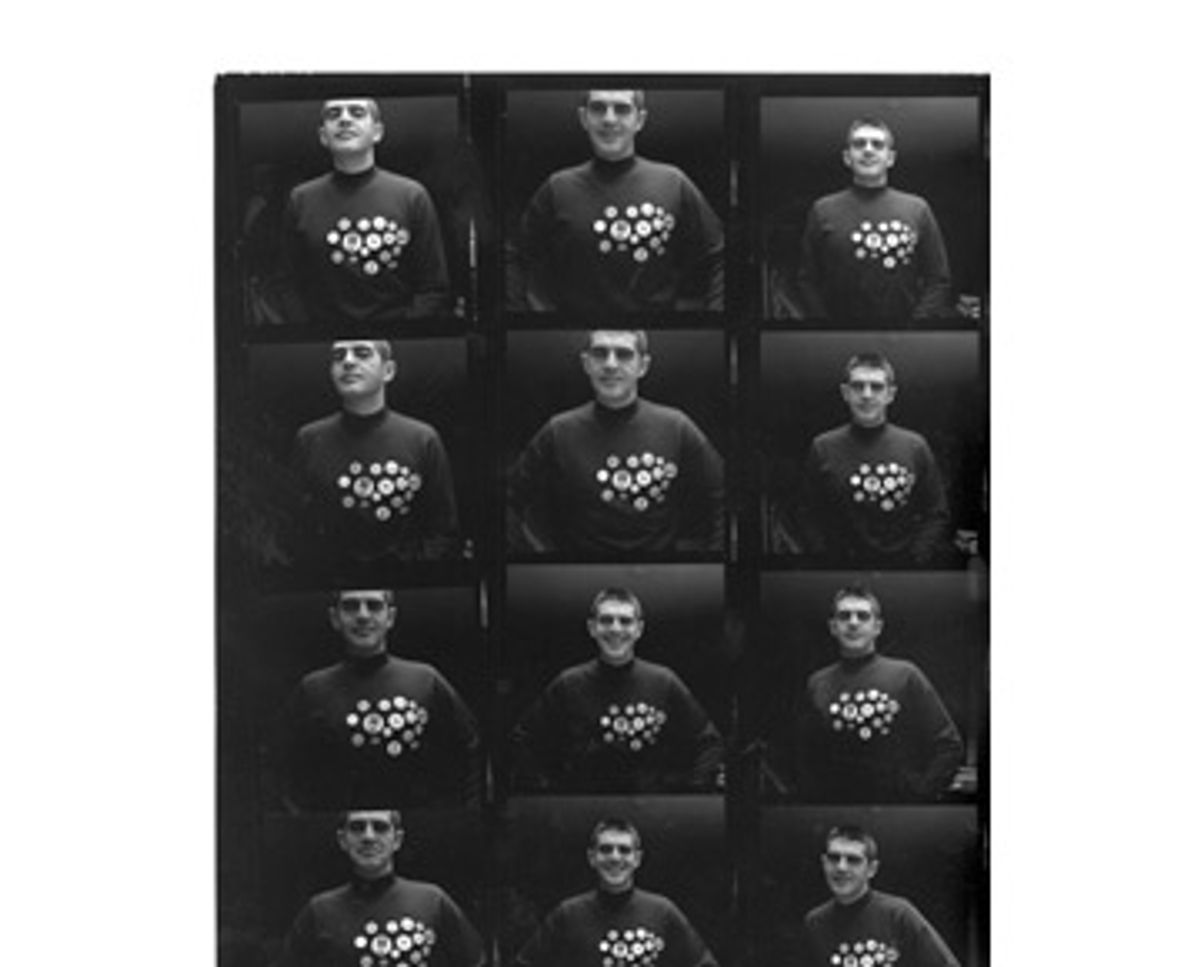 Still from "The Cool School."

I was tied up in screenings on Monday, and when I wasn't doing that I was hunkered down, trying to sharpen my mind and harden my spirit, or something of the sort, in preparation for a Tuesday interview with Wong Kar-wai. How do you tell an artist you admire immensely that you think he's made a dreadful mistake, one that raises a whole range of questions about his entire career? I've now seen "My Blueberry Nights" -- that's Wong's forthcoming English-language debut, an episodic American road movie with Norah Jones, Jude Law, Natalie Portman and Rachel Weisz -- twice, first last year as the opening-night film at Cannes, and second a week ago. (It opens in the United States on Friday.) I guess he re-cut it in between or something, but it hasn't improved.

I think "My Blueberry Nights" now takes its place in the canon of ill-advised American road trips made by international art-film directors. (See also Antonioni's "Zabriskie Point," Emir Kusturica's "Arizona Dream," Bruno Dumont's "Twentynine Palms" and the career of Andrei Konchalovsky.) That's already a lot more than I should be saying before I even meet Wong, but I'm guessing he won't be up early this morning Googling himself. His publicists might, and in that case, lucky me.

Not much to report from the weekend box office, although Steve Ramos at indieWIRE is on it, as usual. The semi-controversial "Chapter 27," with Jared Leto as John Lennon assassin Mark David Chapman, opened strongly -- but that was at one theater, the Angelika Film Center in Manhattan, which gives us no idea how broadly this little schizo-world picture will draw. ("Chapter 27" opens this week in Los Angeles, and will reportedly reach 40-plus screens by the end of May.)

A disparate pair of foreign films I reviewed last week, the great Russian director Alexander Sokurov's oblique wartime drama "Alexandra" and Italian filmmaker Daniele Luchetti's far more mainstream '60s family epic "My Brother Is an Only Child," also had strong one-screen Gotham bows. (Does that sound like trade-magazine writing or what?) "My Brother" will open in Chicago, Los Angeles and Washington over the next couple of weeks, but I don't know anything about the future of "Alexandra" yet. Christophe Honoré's odd, winsome French musical "Love Songs" continues to do well after two weeks, but it too has yet to venture across the Hudson River.

Laura Dunn's gorgeous land-war documentary "The Unforeseen" also had a terrific single-theater weekend, but that theater was in Austin, Texas, which is Dunn's hometown and the site of its haunting and dramatic tale. It's great to see that. Maybe all the market segmentation (or niche marketing or narrowcasting or whatever you want to call it) in the movie business is starting to make room for a return to regional American filmmaking, and regional distribution as well. I hear about small movies all the time that find audiences outside the traditional New York-L.A. nexus, and I vow, hear and now, to pay more attention to them.

Morgan Neville's new documentary "The Cool School" is a fine example of regional history and regional filmmaking, and ought to find its biggest and most loyal audience on the West Coast. Since Neville's subject is how Los Angeles' nascent visual arts scene, from the mid-'50s to the mid-'60s, played a crucial role in the history of modern art -- and in the birth of what we'd now call postmodernism -- it's odd that right now "The Cool School" is only playing at New York's Cinema Village, right in the heartland of old-line Abstract Expressionism.

Neville packs a lot of fascinating characters and enthralling history into his imaginative, jazz-inflected film, but the subject is too large and too complicated for 90 minutes. Several of the macho, hard-drinking artists who drew ideas (and colors and materials) from car culture and put the City of Angels on the modern art map went on to greater fame, like Ed Ruscha, Ed Kienholz and their architect pal Frank Gehry. The ones who were sucked under and died or disappeared, like Billy Al Bengston and Wallace Berman, might be even more interesting. Each almost seems to merit his own film. Speaking broadly, the L.A. artists were a group of hypermasculine, hypercompetitive, anti-intellectual assholes (a sign over the bar at Barney's Beanery, seen several times in the film: "FAGOTS STAY OUT"), which does not diminish their accomplishments but may explain, in part, why their movement imploded in the late '60s.

Neville's movie is mainly about Walter Hopps and Irving Blum, the mismatched pair of entrepreneurs behind West L.A.'s legendary Ferus Gallery. Unbelievable as this may seem to some New Yorkers, Ferus hosted Andy Warhol's first solo show, and for several years was far ahead of the New York art world (which resisted Pop and clung to Abstract Expressionism). Even Blum and Hopps' story of ambition, betrayal, daring and venality -- not to mention the beautiful ice blonde who married them both -- gets a bit compressed here. Still, for art buffs this is a wild ride, and packed with stuff you probably won't know about. Jeff Bridges narrates, and Dennis Hopper and Dean Stockwell (who both followed the L.A. art scene closely in their salad days) pop up here and there to offer stoned, laconic commentary.