Was this the strangest all-time mismatched-celebrity elevator ride? 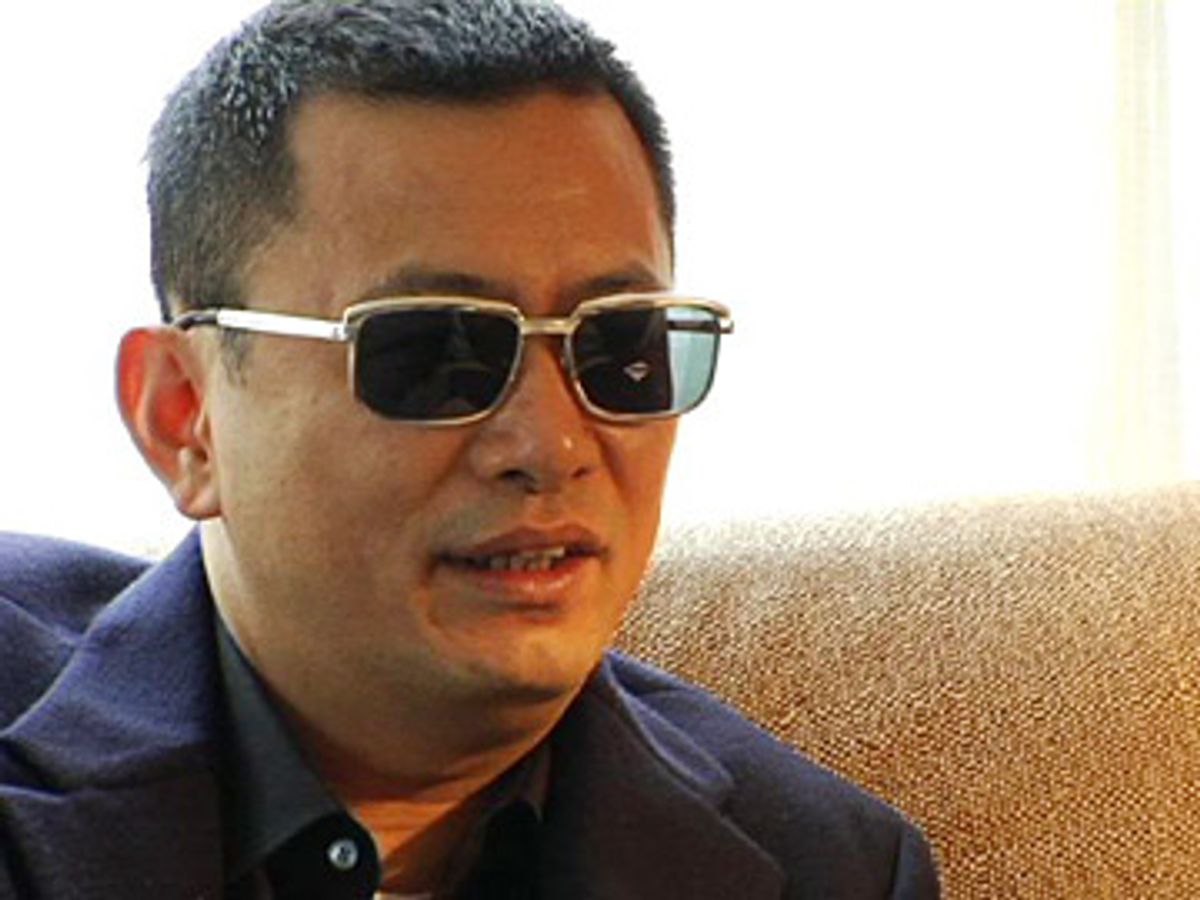 So there I was, waiting for the elevator in the Regency Hotel on Manhattan's Upper East Side. The Regency is pretty much a generic New York luxury hotel, but for whatever reason it's become home-away-from-home for the global media biz, and you're always liable to bump into somebody who looks familiar and not feel sure if that's really Ryan Seacrest or Barry Diller or Gong Li or Atom Egoyan.

In this case, I was riding up to the 18th floor to meet the Hong Kong film director Wong Kar-wai, so when a handsome Asian man with close-cropped hair and dark, rectangular sunglasses strode up with a small retinue of handlers, I was on pretty safe terrain. A publicist introduced me to Wong and his wife, Esther, and we made some customary small talk on the way up. They needed to go to their room so Wong could have a cigarette and a cup of tea, and then they'd be ready for our interview.

None of us paid much attention to the middle-aged African-American man who was with us in that crowded elevator, wearing a baseball cap and a warmup jacket. He asked me if it was raining outside and I said it was. But after I looked at him, I had that reaction: That guy looks familiar somehow. When we reached his floor, he excused himself and got out. I was standing next to one of the publicists for Wong's new film, "My Blueberry Nights," and we both noticed that the man had the number "44" stitched in small numerals just below the neck of his custom-made jacket. We looked at each other. How were we going to explain to Wong Kar-wai who Reggie Jackson was? And how were we to keep living in a universe that contained both of them, the Chinese art-film god who makes waking dreams and the onetime Yankee superstar who seemed to single-handedly save a dying city in the late '70s?

For me, anyway, it was an impossible collision between manhood and boyhood, between disparate realms of dream. My memories of Reggie Jackson go back to the legendary feuding, fighting, colossally underpaid Oakland A's championship teams of the early '70s -- his later feats of Yankee heroism occurred impossibly far away, on a mythic stage. Wong Kar-wai represents something as far away from that as you can get, a gorgeous, self-consciously romantic version of cinema that fused Western and Eastern art in an unlikely fusion.

All we did was tell Wong that the man who had just departed was "a very famous American baseball player." I didn't think of mentioning Spike Lee's film "Summer of Sam," a movie Wong may well have seen in which Jackson plays a crucial symbolic role. Someone quicker on the draw might have tried to introduce them to each other, but toward what end? Not all competing universes are meant to be harmonized.

After I got to Wong's room, his wife offered me and Salon's videographer cups of delicious green Oolong tea, from a tall green tin marked "103." (If anybody knows where to find it, I'm eager to know.) They were so hospitable and charming that I repented of my uncharitable feelings toward "My Blueberry Nights." I'll have further comments on the film -- and, more important, the actual interview with Wong Kar-wai -- in tomorrow's post.

Baseball Beyond The Multiplex Coffee And Tea Movies