"I am unfamiliar with the telephone call that Attorney General Mukasey cited in his appearance in San Francisco on March 27. The 9/11 Commission did not receive any information pertaining to its occurrence." 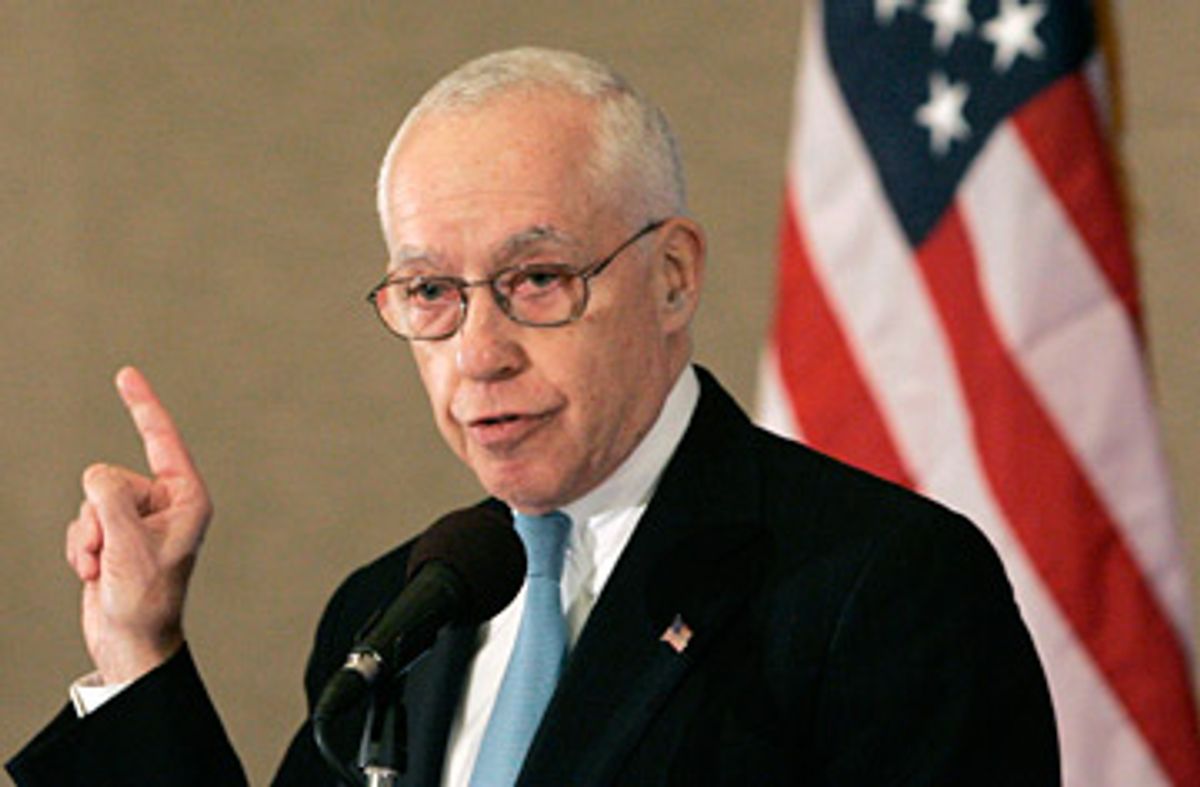 I just received the following statement from the Vice Chairman of the 9/11 Commission, Rep. Lee Hamilton, in response to my inquiries last week (and numerous follow-up inquiries from readers here) about Attorney General Michael Mukasey's claims about the 9/11 attack and, specifically, about Mukasey's story that there was a pre-9/11 telephone call from an "Afghan safe house" into the U.S. that the Bush administration failed to intercept or investigate:

I am unfamiliar with the telephone call that Attorney General Mukasey cited in his appearance in San Francisco on March 27. The 9/11 Commission did not receive any information pertaining to its occurrence.

That's the statement in its entirety, and it's hard to imagine how it could be any clearer. Hamilton's statement is consistent with the statement of 9/11 Commission Executive Director Philip Zelikow, as well as the letter sent to Mukasey by House Judiciary Committee Chairman John Conyers and two Subcommittee Chairs, none of whom have any idea what Mukasey was talking about.

In light of Hamilton's amazing comment, could journalists possibly now report on this story? One of two things is true about Mukasey's extraordinary claim about how and why the 9/11 attacks occurred. Either:

(1) The Bush administration concealed this obviously vital episode from the 9/11 Commission and from everyone else, until Mukasey tearfully trotted it out last week; or,

(2) Mukasey, the nation's highest law enforcement officer, made this story up in order to scare and manipulate Americans into believing that FISA and other surveillance safeguards caused the 9/11 attacks and therefore the Government should be given more unchecked spying powers.

Either way, isn't it rather self-evidently a huge story? Kudos to Hamilton, who originally refused to comment and obviously changed his mind as a result of the numerous civil though impassioned entreaties he received from readers here. If the Attorney General says that the 9/11 attacks occurred because of Episode X, and the 9/11 Vice Chair, the 9/11 Executive Director and the House Judiciary Committee Chairman all have never heard of any such episode, isn't it rather urgent that this be resolved?

I've sent a request to the Justice Department for a comment from the Attorney General on Hamilton's statement. I sent it to the Public Affairs Deputy Director who sent me the DOJ's incoherent response to my story last week. The email I sent today is here.