Clinton notches another do-or-die big-state win in Pennsylvania. Which is more troubling for Democrats -- her scorched-earth tactics or Obama's failure to build on his base? 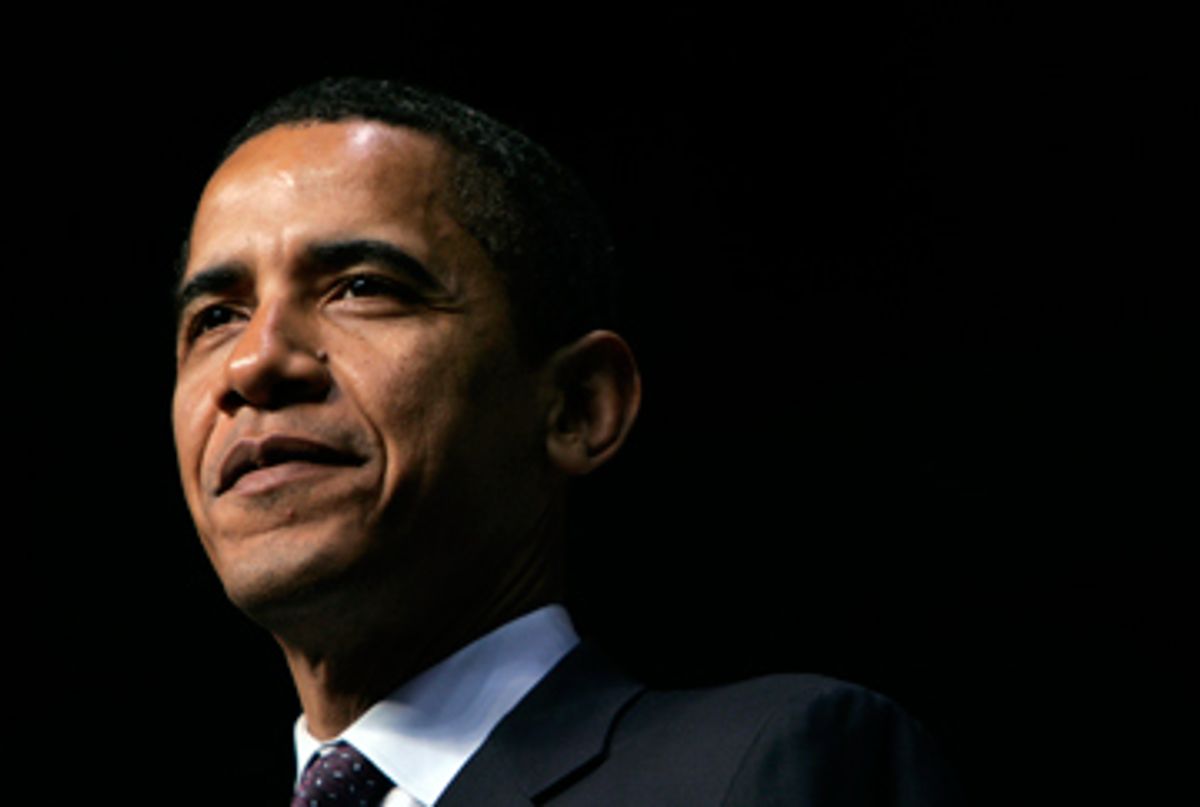 What's a weary, befuddled superdelegate -- desperate for clarity -- to do? Instead of providing a definitive answer, the Pennsylvania primary ended up as an old-technology carbon copy of the Ohio vote seven weeks ago. Once again, with her back to the wall, Hillary Clinton won a Rust Belt contest by a 10-point margin, leading Barack Obama 55-to-45 percent in Pennsylvania with 99 percent of the precincts reporting.

Demographics may be destiny in the Democratic presidential race -- and almost nothing else matters. Despite the overwrought controversies swirling around visits to Bosnia and bitter blue-collar voters, despite one of the most plug-ugly debates in recent history, despite a late-breaking onslaught of negative ads, virtually every subcategory of the Democratic electorate performed in expected fashion. Clinton built her victory around women (57 percent in the exit polls), voters over 40 (her percentage rises in near lockstep fashion based on age), Pennsylvanians without a college degree (58 percent) and white Catholics (71 percent). Once again, Obama's strength was among black voters (89 percent), the affluent (handily winning among families earning over $150,000 a year) and voters under 30 (61 percent).

Despite Obama's unquestioned lead in delegates, fundraising and the fervor of his followers, the Democratic race increasingly resembles an academic conference on the Heisenberg Uncertainty Principle. There are no verities, just various forms of spin-dried argumentation. Does Pennsylvania prove that -- like the March 4 Ohio and Texas primaries -- Obama cannot close the deal when he is one big-state victory away from being bathed in triumphal confetti at the Denver Convention? Or does Pennsylvania underscore for Democrats the dangers of scorched-earth politics (68 percent of voters in the exit polls thought that Clinton "attacked unfairly" and 41 percent say she is not "honest and trustworthy") at a time when Republicans and independent swing voters are moving in John McCain's direction?

But no matter how you frame it, Obama is the candidate who has not won a major primary since he swept Wisconsin on Feb. 22 by uncharacteristically carrying high-school-educated and lower-income voters. Yes, given his delegate lead, Democratic rules divvying up the primary vote proportionally, and the fact that there are only seven states left on the political calendar, Obama might survive a near-wipeout in the remaining delegate contests. But watching Obama stumble across the finish line as the presumptive nominee is not a formula to inspire the Democrats with confidence heading into the fall elections.

Certainly, despite a six-day bus tour through blue-collar Pennsylvania, there was little in the returns to suggest that the first-term Illinois senator has expanded his coalition beyond those initially attracted to his inspirational candidacy. Obama's 10-pin travails in an Altoona bowling alley may have won him headlines (and a few mentions by me in prior articles), but this blue-collar bonding experience did not earn him votes. Clinton carried Blair County, in which the old railroad town of Altoona is the major city, by a 65-to-35 percent margin.

What is now certain is that the Democratic race has -- at minimum -- two weeks to run with the next gauntlet for Clinton, the May 6 Indiana and North Carolina primaries. Badly outspent in Pennsylvania, Clinton must once again look for an online fund-raising boost from small donors, even as she presumably searches under the sofa in Chappaqua for some of the loose change from the $109 million that the family has earned since leaving the White House.

But with popular Indiana Sen. Evan Bayh poised to play the same home-state-cheerleader role for Clinton that Govs. Ed Rendell (Pennsylvania) and Ted Strickland (Ohio) performed in recent primaries, the former first lady probably has an edge among the Hoosiers, even though the northwestern corner of the state is in the Chicago media market. But North Carolina, with a population that is 21 percent African-American, poses a far more daunting challenge for Clinton. An Obama sweep in these May 6 primaries would probably prompt a rush to judgment among the superdelegates, but Clinton is almost certain to fight on if she merely wins Indiana.

"You know, some people counted me out and said drop out," she declared in her Pennsylvania victory speech, using the same comeback-kid shtick that has served the Clintons well since the 1992 New Hampshire primary. In truth, the premature demand that Clinton hoist the white flag runs against both political history (every trailing candidate in her situation has taken the fight to the convention) and the competitive spirit. For all the scorn heaped on the institution of superdelegates (795 party leaders who go to the convention automatically without pledging to a candidate in the primaries or caucuses), Obama mathematically cannot come close to reaching a majority without a significant boost from these political free agents.

A fascinating wrinkle buried in the Pennsylvania exit polls is that Democratic voters do not appear to believe that Obama's nomination is a foregone conclusion. Given Obama's purportedly unassailable delegate lead, it was stunning that 43 percent of Pennsylvania voters said they believed that Clinton would be the Democratic nominee. Clearly, we have identified that proportion of the Pennsylvania electorate who never, ever turn on a cable TV news show.

In short, the easiest way for Democrats to end the long march through the primaries is simply by deciding en masse to vote for Barack Obama. But that did not happen in Tuesday night's primary, nor did it occur in Ohio and Texas (though Obama won the late-night caucuses there) seven weeks ago. As Obama is learning the hard way, hope and uplift are no substitute for a majority vote in a big-state primary.