Much-hated German director Uwe Boll reneges on promise to quit, pronounces self "only genius in the whole fucking business." 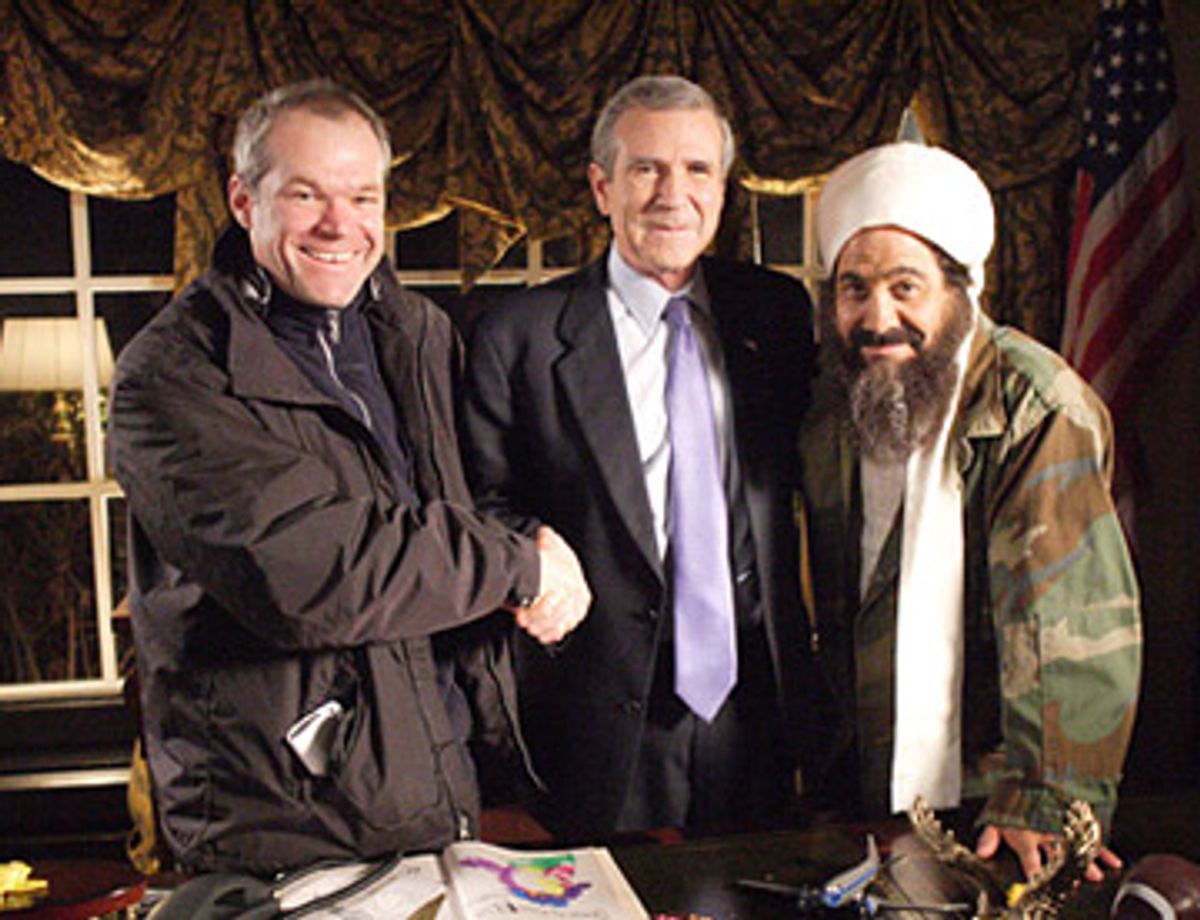 From left: Uwe Boll, Brent Mendenhall and Larry Thomas on the set of "Postal."

This is well outside my area of expertise, but as reported on Defamer and elsewhere, the resolutely unapologetic German schlock-purveyor Uwe Boll, whoose oo-ver includes "BloodRayne," "House of the Dead," "In the Name of the King" the forthcoming "Postal" and various other ultra-violent T&A-based spectacles, has evidently reneged on his promise to quit making movies if a million fans signed an online "Stop Uwe Boll" petition.

At last report, the petition is still more than 800,000 votes shy of its goal, but Boll, evidently stung, has responded with a video clip on his own site, calling for a million pro-Boll votes, pronouncing himself to be "not a fucking retard like Michael Bay or other people running around in the business, or Eli Roth making the same shitty movies over and over again." Ouch. Well, if the shoe fits ...

Boll continues in a similar vein: "If you go on May 23 to 'Postal' you will see that I deliver a movie that nobody else delivered in the last 10 years, what is way better as all that social-critic, George Clooney bullshit what you get every fucking weekend. You have to really wake up, and you have to see me what I am: I am the only genius in the whole fucking business." I guess I haven't been looking in the right place.