Zombies take over the Tribeca Film Festival for the 25th anniversary of the groundbreaking music video. 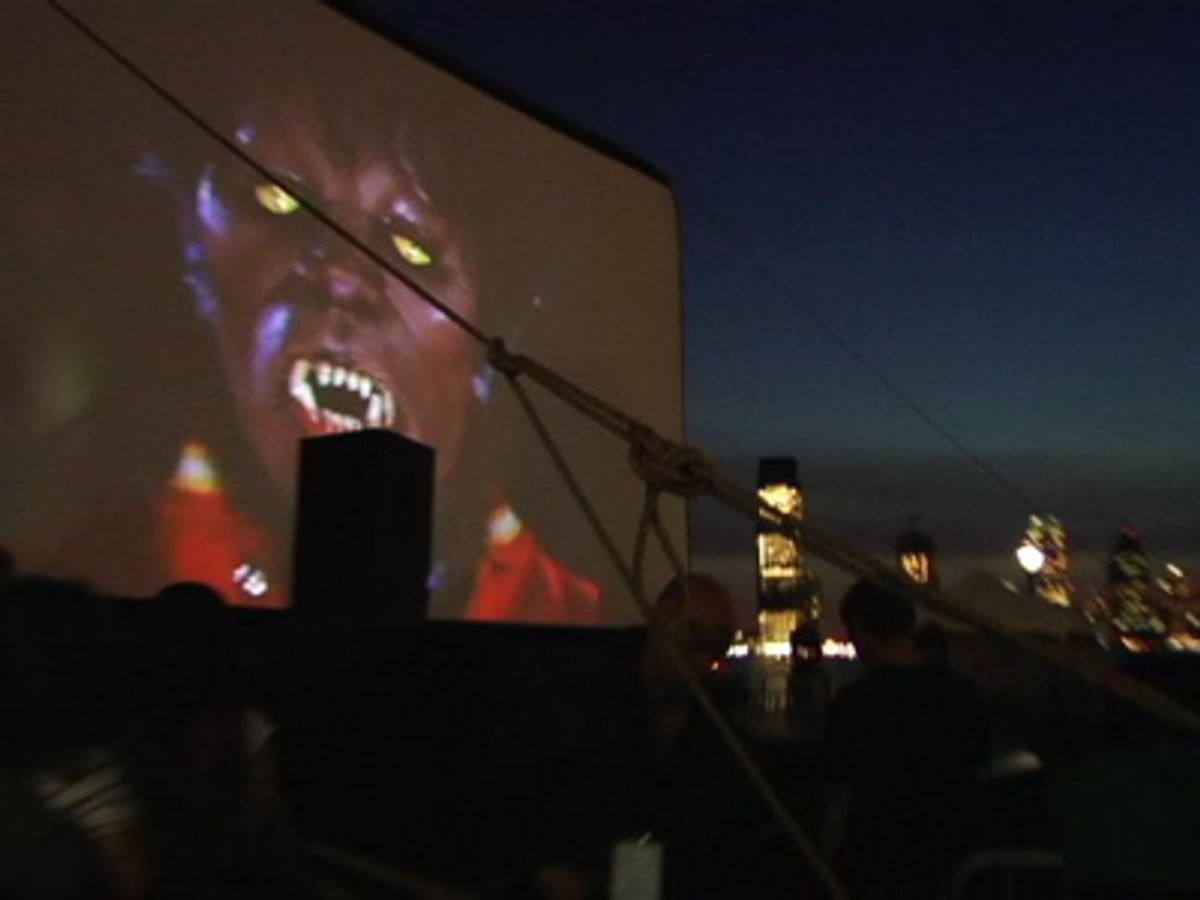 Thriller director John Landis, zombies and Michael Jackson fans celebrated the 25th anniversary of "Thriller" at the Tribeca Film Festival. Landis recalled the fun four-day shoot and told the audience that the record label didn't think the video was a good investment, but by producing the "Making of Thriller" documentary (which they dubbed "The Making of Filler"), they could sell the feature-length program. Both classics were screened at the "Tribeca Drive In" and we asked audience members to show us their ghoulish makeup and undead moves.