Marilyn, Michael and the flying nuns

Harmony Korine, the skate-punk Fitzgerald of the '90s, is back for his second act -- with a sweet and surprisingly lovely film, believe it or not. 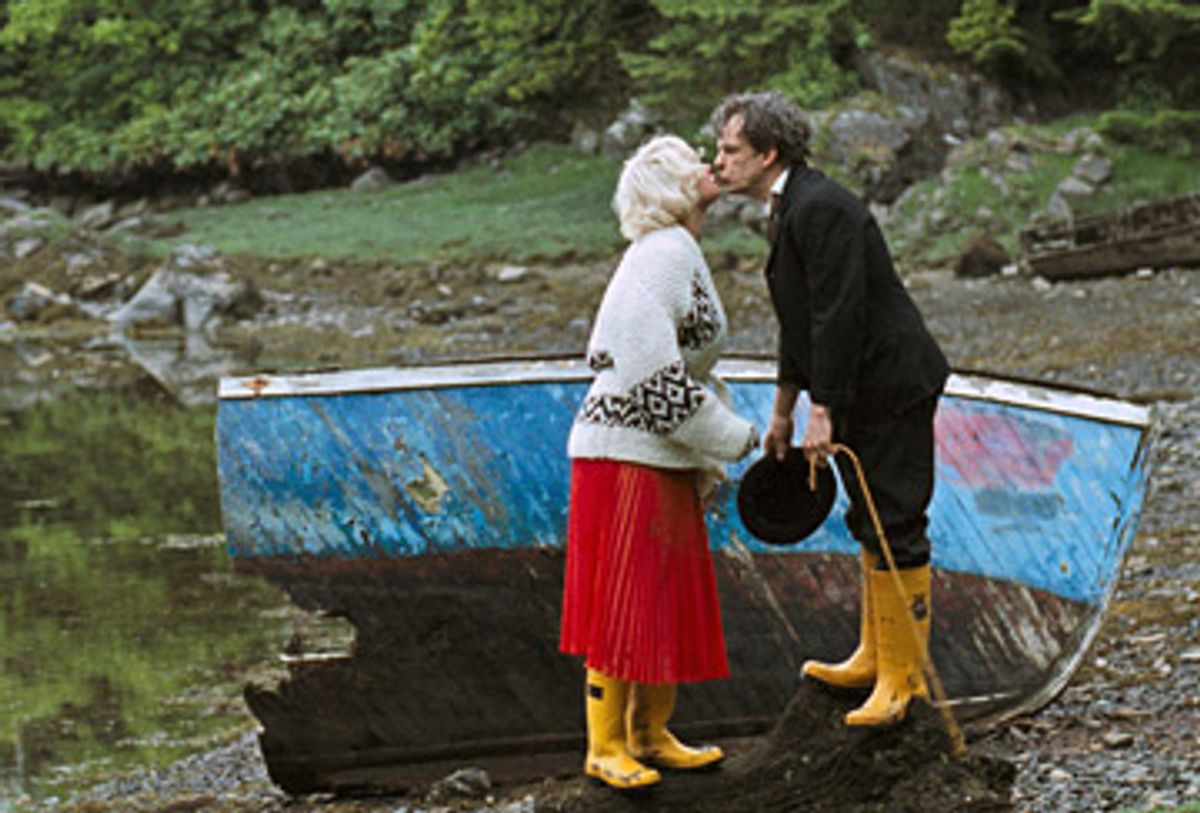 Scott Fitzgerald's maxim that there are no second acts in American lives has been proven wrong so often that it now seems like a grotesque misunderstanding. He was talking about himself, I guess. By dying in alcoholic despair at 44, Fitzgerald denied himself the chance to write a tell-all memoir, weep on Dr. Phil's shoulder and pronounce himself a new man. Harmony Korine, the skate-punk Fitzgerald of the mid-'90s, is back for his second act now, it appears. It begins with a pleasant surprise. Korine hasn't released a feature film in nine years, and his new "Mister Lonely" is richer and sweeter than anything he's ever made. After making its way around the festival globe, from Cannes last spring to Toronto, South by Southwest and now Tribeca, it's finally opening theatrically in New York (and is widely available on IFC's pay-cable platform).

If I begin by telling you that "Mister Lonely" has two unrelated narratives, and then telling you what they are -- an unconsummated romance between a Michael Jackson impersonator and a Marilyn Monroe impersonator, and a story about nuns who miraculously learn to fly -- you might just heave a heavy sigh and move on. Can I convince you that both stories are lovely and almost unbearably sad, and that the connection between them is some undefinable kind of lighter-than-air atheist spirituality? Hell, I'm not sure I can convince myself.

For one thing, even to call anything in this movie a "story" is misleading. Korine still has the same strengths and weaknesses as a filmmaker that made his confrontational ultra-indies "Gummo" and "Julien Donkey-Boy" so puzzling to so many viewers. I have very mixed feelings about both pictures; they were overpraised by Korine's defenders and over-vilified by his critics. He has a marvelous eye for images and a romantic propensity for finding beauty and lyricism in unlikely places. On the other hand, he isn't intimate with his characters. He observes them from a distance, neither with sympathy or cruelty; he doesn't know them, or make us know them, the way a more conventional film director does.

What it all boils down to, I think, is that Korine belongs more to the visual-art tradition of cinema than the psychological-drama tradition. It's simplifying only a little to say that all narrative filmmaking comes out of two strains of modernist theater, the Eugene O'Neill-Tennessee Williams strand in one direction and the Brecht-Artaud strand in the other. What most people expect in a movie, most of the time, is the O'Neill-Williams tendency, with naturalistic characters and cathartic resolutions. It's safe to say Korine isn't interested in that. He comes partly out of the more confrontational Brecht-Artaud tradition, and -- like Godard and Jim Jarmusch and Peter Greenaway, to name filmmakers I bet he likes -- out of photography and dance and advertising and postmodern art. It's not coincidence that he's spent the last decade making music videos and performance art projects rather than feature films.

So while Korine's got fine actors in "Mister Lonely," including Diego Luna as a Michael impersonator and Samantha Morton as a Marilyn, the characters they're playing are more like symbols or signifiers -- embodiment of the human desire to be something or somebody else, I guess -- than human beings. Why do Michael and Marilyn leave Paris for a celebrity-impersonator commune in rural Scotland? It's a dumb question; because this is a Harmony Korine movie. There's even less semblance of realism or characterization in the flying-nun segment, unless you count Werner Herzog's over-the-top hamming as a missionary priest in Latin America who becomes the winged sisters' accidental enabler.

Some of Korine's dialogue is stilted and many of his scenes drag out too long. But while it's easy for a critic to issue edicts -- at 113 minutes, "Mister Lonely" feels like it could stand some trimming -- maybe the film's awkward silences and passages of stilted dialogue amplify the impact of its moments of surpassing or hilarious strangeness: Luna's character practicing his Jackson leg kicks alone on a lakeshore in the Scottish highlands, nuns jumping out of airplanes with no parachutes and riding bicycles through the air.

But communal life with James Dean, Sammy Davis Jr., the Three Stooges, the pope and the Queen of England ultimately doesn't offer an idyllic escape for Michael and Marilyn (we never learn their real names), and the miracle of sisterly flight must come crashing to earth sooner or later. People will inevitably see the story of "Mister Lonely" as an analogy for the story of Harmony Korine's career, which according to his own self-invented legend came unglued early this decade. That's not half as touching or as tragic as the story Korine is actually telling, which is more like a universal truth than a story: Human beings dream impossible things, and these beautiful dreams all end the same way.

"Mister Lonely" is now playing at the IFC Center in New York, and available on-demand via IFC In Theaters on many cable-TV systems. More engagements will follow.