If Austin Powers were French -- and funny

He might be the star of "OSS 117," a deadpan, borderline-brilliant satire of postwar spy movies and preening Euro-idiocy in the Middle East. 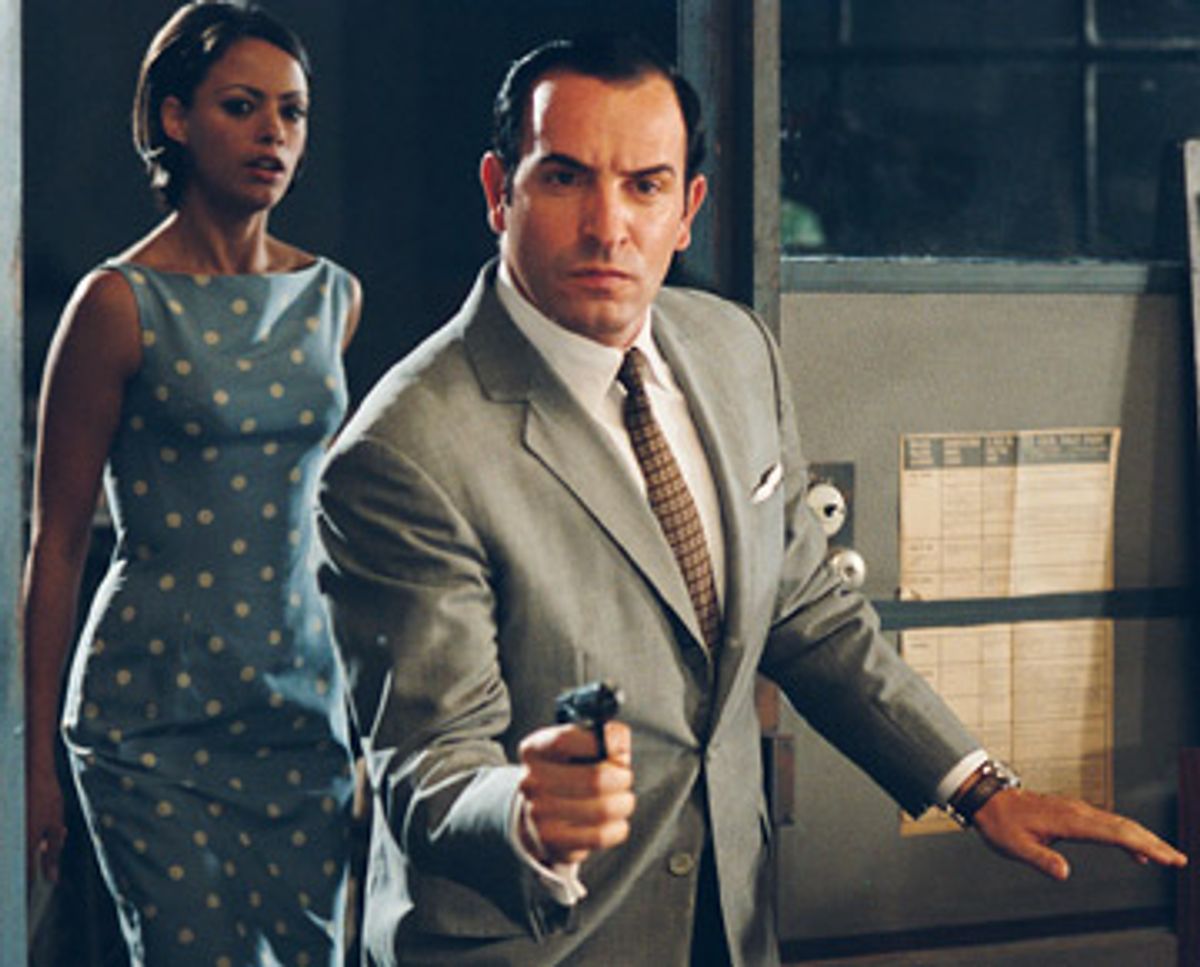 Do you wish that the Austin Powers movies were not, you know, quite so stupid? Or that their efforts to poke fun at the social mores and global politics of another age were pitched somewhere north of an eighth-grade sensibility? Let me direct you to the hit French comedy "OSS 117: Cairo, Nest of Spies," featuring explosively weird Gallic comic Jean Dujardin as its eponymous super-spy, an unhinged cross-Channel cousin of Sean Connery's 007. (In his original, more straight-faced incarnation, OSS 117 was the hero of more than 250 French pulp novels and several 1950s and '60s films.)

Director Michel Hazanavicius captures the jet-age atmosphere, form-fitting wardrobes, jazz-ethnic soundtrack and bouffant hairdos of JFK/de Gaulle-era espionage films in perfect detail, but it's Dujardin's performance as the suave, confident and utterly clueless Hubert Bonisseur de la Bath (to Francophones, a name that drips with phony aristocratic pretension) that gives "OSS 117" its edge. From certain angles, our secret-agent hero is every inch the Connery-esque ladykiller, irresistible to wicked Arab princesses and comely, chaste secretaries alike. But then there's his exaggerated widow's peak, ludicrously arched eyebrows -- and the alarmingly loud, braying, donkey laugh he emits with almost no provocation.

Given that this is a French film, there's an unmistakable edge to its satirical portrayal of postwar East-West relations. Bonisseur de la Bath is constantly praised by his pipe-smoking, veal-stew-eating Parisian superiors for his understanding of the Muslim world, the same understanding that leads him to ask his Arab female assistant, "What kind of stupid religion would forbid alcohol?" While smoking a hookah with a Cairo government minister, he tells the man in friendly fashion, "It's 1955! You've got donkeys in the streets, men wearing jellabas, writing nobody can read. Time to grow up!" Finally, OSS 117 single-handedly incites an Islamic uprising by beating up the rude stranger who wakes him by yelling from a nearby tower (i.e., the muezzin calling the faithful to prayer).

Still, this patronizing simpleton who suffers from a suspiciously strong case of homophobia -- perhaps linked to his tender memories of beach horseplay with a British spy whose disappearance he's investigating -- can't be stopped, not by the fundamentalist Muslim underground or the Nazi renegades beneath the Great Pyramid or the poultry industry of Cairo or the adoring throngs who celebrate his surprising prowess on the oud in a cocktail-lounge combo. The pride of the French secret service will clean up the incomprehensible, interlocking "nid d'espions" that is Cairo and surely, as he assures a dark-haired lovely reclining in his arms, "Egypt will have peace for centuries to come."

Beyond The Multiplex Espionage Movies Satire