The BlackBerry Bold: The prettiest, Webbiest Berry ever 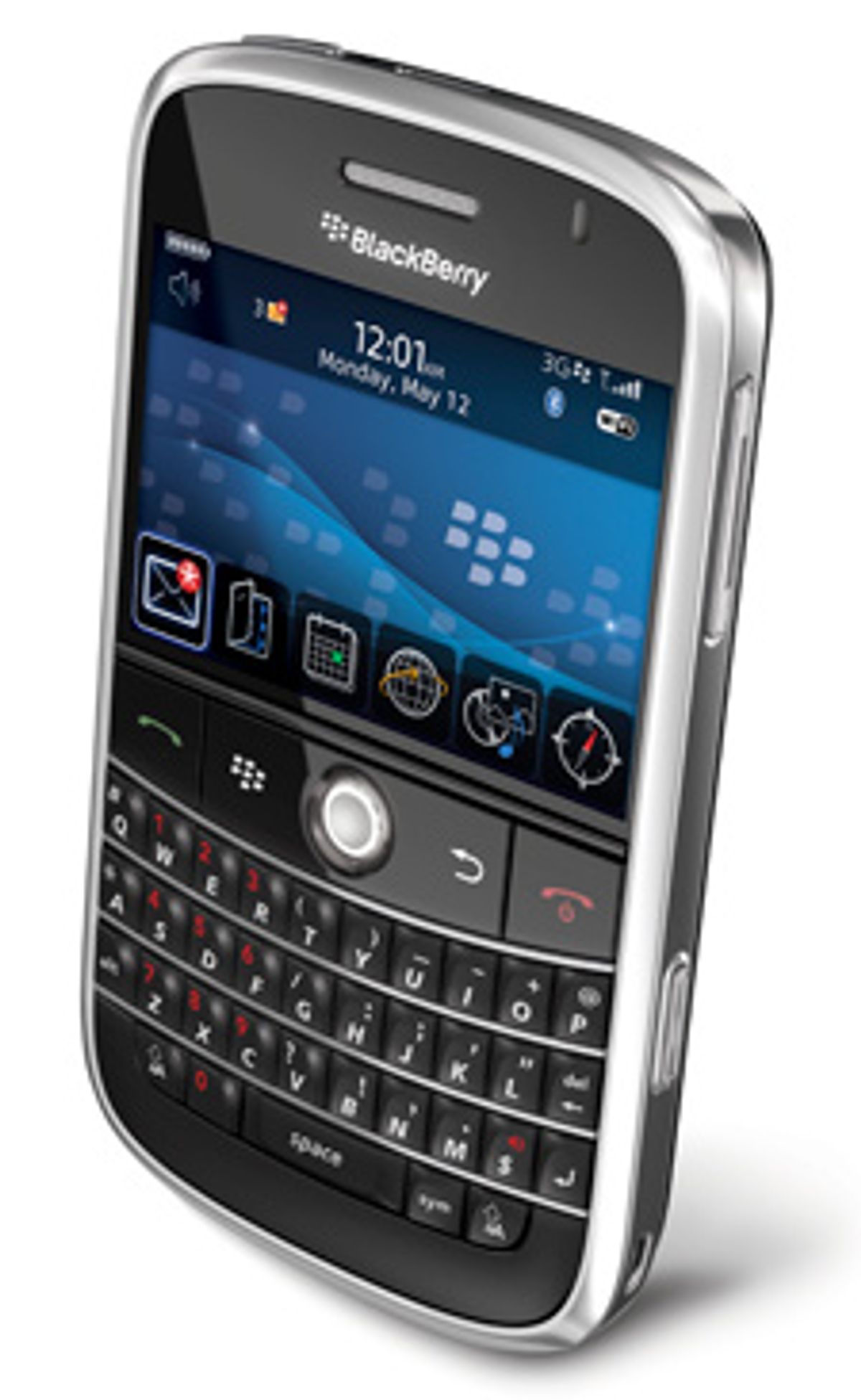 Research in Motion has finally unveiled its much-anticipated next BlackBerry, called, now, the BlackBerry Bold (aka the 9000).

The name's meant to tell you the thing is pretty, as if you needed someone to tell you. It's self-evidently very slick, and I don't mean in a graded-on-a-curve, pretty-good-looking-for-a-BlackBerry way. Look at the indentations on the keys, the blazing display, the comfortable hand-sized form factor. It's so nice you might as well call it iPhony.

Not that I got to see and touch one. Only a few very special tech reporters did, CNet's Bonnie Cha among them. She was blown away by the Bold, especially its 480 x 320-pixel, 65,000-color display:

I can pretty much say I've never seen a better-looking display on a smartphone. Colors pop off the screen, and it's really amazing how sharp and crisp everything looks on the display.

We watched a couple of videos, and for the first time, we didn't notice any of the pixelation or blurriness that you typically get with phones. In addition, the menu interface has been revamped with a much more modern look and icons.

The Bold, whose price is still a mystery, will also include many wireless technologies -- Wi-Fi, Bluetooth, and EV-DO and HSPDA networking (read 3G, faster-than-iPhone wireless Internet).

It's also got integrated GPS, which allows for geo-tagging your photos.

PC Mag, which also got to try out the Bold, notes:

One feature the Bold doesn't have is a touch screen. [CEO Mike] Lazaridis said BlackBerry's core corporate customers were cool to touch screens, preferring physical keyboards. But some sort of touch screen could potentially appear on a future model.

"People tell us, don't futz around with your keyboard," he said. "They say, whatever you do, don't get rid of that keyboard. But I don't think anyone could accuse us of not reinventing ourselves all the time, and you're going to see different devices from us."

AT&T announced today that it would offer service for the Bold, which will likely go on sale sometime this summer.

Note: I'm going to delete any comments that refer to the Blackberry as "crackberry." I understand the urge; you want to sound coolly anti-, better than those folks who need to check in every 5 minutes. But make your point without using that lame word, which was cool for at most five minutes back in 2002. I'm serious.