Tyra Banks crowns a "juicy" winner, breaks new ground -- and reminds us why we can't stop watching this show. 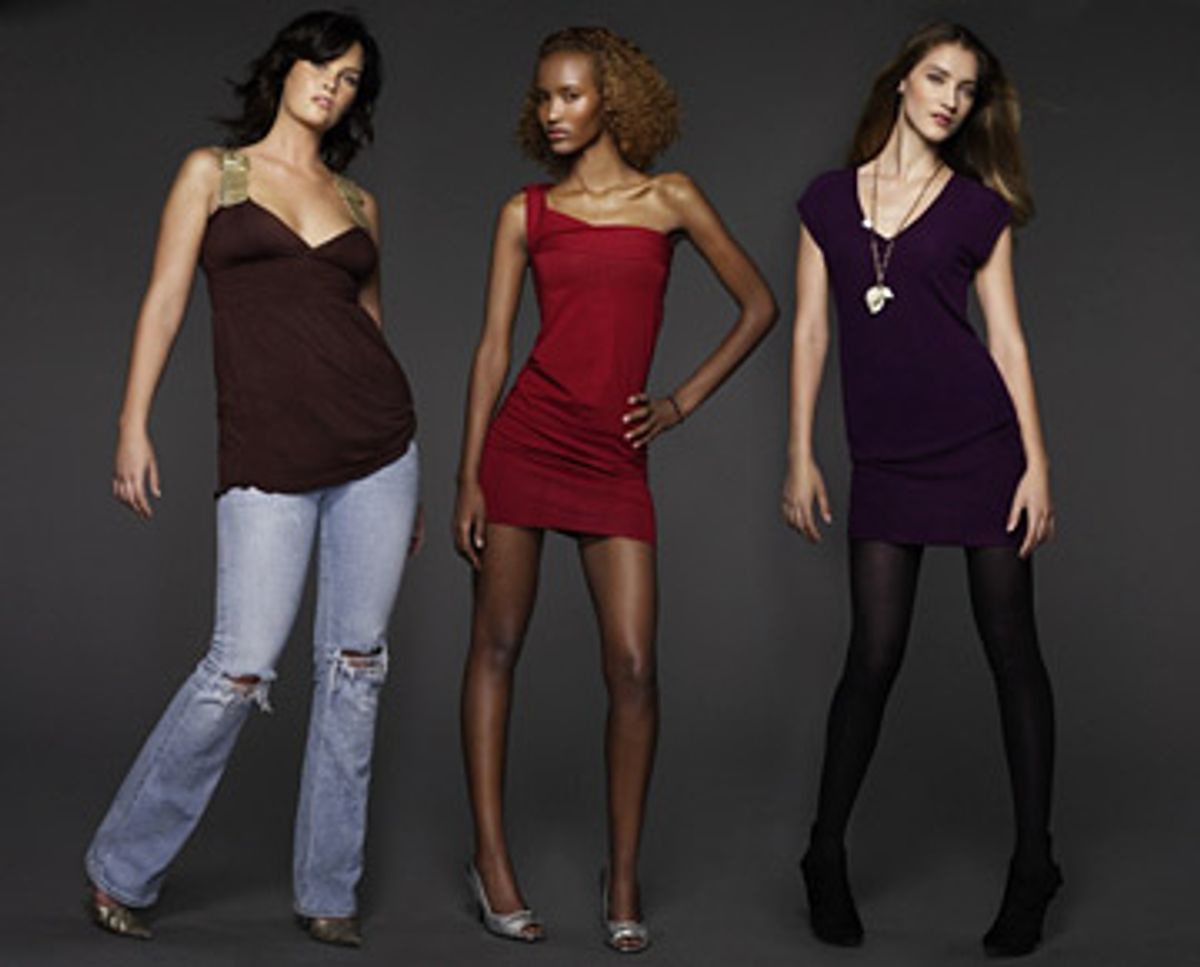 Even for a dedicated fan, it's hard to keep seasons of "America's Next Top Model" straight. Tyra Banks and company have been squeezing out these suckers since the show debuted in 2003, and now that episodes from all 10 cycles are shown in repertory on VH1, keeping your Joanies and your Jaslenes and your Jades straight has become no small task. So it's nice when a season finale hands you something memorable: This is the year the competition had its first plus-size winner, Whitney.

A luscious, hip-swinging blonde (though she began as a brunette) from Florida with a hint of Guess-era Anna Nicole Smith about her, Whitney was never a front-runner in the competition. That would have been Anya, a nymphlike blonde who swept challenges and spoke with a dopey, indefinable accent that made her sound as though she needed to blow her nose. Or maybe it would have been Fatima, an Iman look-alike from Somalia, whose own tragic back story -- female circumcision at the age of 7 -- probably did more for public awareness of female genital mutilation than a hundred National Geographic specials.

Meanwhile, Whitney spent the season firmly in the middle ground: It wasn't merely that she was a size 10 marooned on an island of size 2's; she was too much of a bombshell, too flirty and wink-wink, and each week the judges seemed to find new and exciting ways to call her fake. Well, on second thought, they just pretty much called her "fake" over and over again. (It must be a special kind of slam to be called "fake" by photo shoot director Jay Manuel, who seems to have been replaced by a video game character, or judge J. Alexander, who has embroidered his eyebrows with rhinestones.) Like full-figured models in previous seasons, Whitney seemed to be someone who would weather a respectable half-dozen rounds before getting axed for having "nothing to do with high fashion." Thanks for making us look progressive; we'll get back to the real models now.

But "ANTM" isn't really about finding the best high-fashion model; it's about finding the best role model. Winners don't end up in the pages of Vogue; they land on the cover of "Seventeen." The judges may sneer when a girl seems too "commercial," but the prize is literally a commercial -- an appearance in an ad for Cover Girl, not even a high-end makeup by Walgreens standards. High-fashion models are odd and angular and probably inarticulate and chain-smoking; the "ANTM" winner, like Miss America, aspires to be someone little girls can look up to. (The show even banned smoking this season, and cigarettes are one of the fashion industry's four food groups.) "ANTM" argues, somewhat incoherently, that life in front of the camera can be a fortifying experience. Lest we think the criticism erodes a woman's sense of self-worth, the finale kicked off with both Fatima and Anya gushing about how much better they felt about themselves, how strong and confident the competition had made them. Which is a good thing, because then they both lost.

The self-esteem angle is the influence of Tyra Banks, who fashions herself the next Oprah Winfrey, and who has peppered her show with buzzwords such as "healing" and "empowerment." For all its frivolousness -- and boy, there is plenty -- "ANTM" has also made a point to put social issues front and center. After all, how many reality television shows can claim to include a house debate about the effects of female circumcision? As the show trudges onward, these kinds of back stories become a way to differentiate the blur of cheekbones and bony shoulders. The most memorable part of last season was Heather, a raven-haired beauty with Asperger's, who has become a poster child for the syndrome. And from year to year, what I remember -- even more than some winners -- are the eating disorders or the illnesses that find a little bit of airtime. This narrative of overcoming obstacles is as much a part of "ANTM" as "fierceness" and Tyra Mail. In some of the very first moments of this season, we listened to a contestant named Marvita -- back after being eliminated early in cycle nine -- tell us she'd been molested and raped and once homeless but she was working all this out in therapy. Cue jaunty opening theme song!

Few issues, however, are closer to Banks than the subject of weight. After all, it was Tyra Banks who boldly appeared on the cover of People magazine to declare, after unflattering pictures of herself in a swimsuit hit tabloids, "You call this fat?" Regardless of the reality of the fashion industry -- where unhealthy thinness may always be in -- there is a monotony to the bloodless, bony runway models we see over and over again. Banks knows that the public, at least her public, is hungry for other images of women. When the first size-16 contestant made it into the Miss England competition earlier this year, it was a minor cause of celebration in the blogosphere. When was the last time anyone, even over in Britain, cared about the Miss England competition?

With her tumbling blond locks and her curvy figure, Whitney seemed to elicit an almost sexual energy from the judges. "She's juicy," J. Alexander declared at one point. (Only 10 minutes prior, Whitney's makeup artist referred to her as "juicy." Why "juicy"? Do they know something we don't?) "She's the kind of woman men want to take into their bedroom," said panelist Paulina Porizkova. "You're the first girl with some booty to win," Tyra told her at the show's end. In fact, so many people referred to Whitney's booty throughout the season that I would not be surprised to see it getting its own spinoff. "Juicy Booty" -- now there is a show I would watch.

"America's Next Top Model," on the other hand, is a show that's flagging. This season wasn't particularly exciting, and there was something especially perfunctory about the finale, as if everyone were rushing to get somewhere else. Not long ago, rumors floated that Tyra would be leaving the franchise to focus on her talk show. She did seem to be phoning it in this year; even her nutty screwball antics seemed muted. Halfway through the finale, I began to question why I even watch "America's Next Top Model." And then Whitney made her final speech, the "ANTM" equivalent of her Miss America victory walk:

And then I remembered: That's why I watch "America's Next Top Model." Stupid show makes me cry.