Has life in Iraq improved?

With pools of open sewage in the streets and little electricity, life for most Iraqis remains bleak. 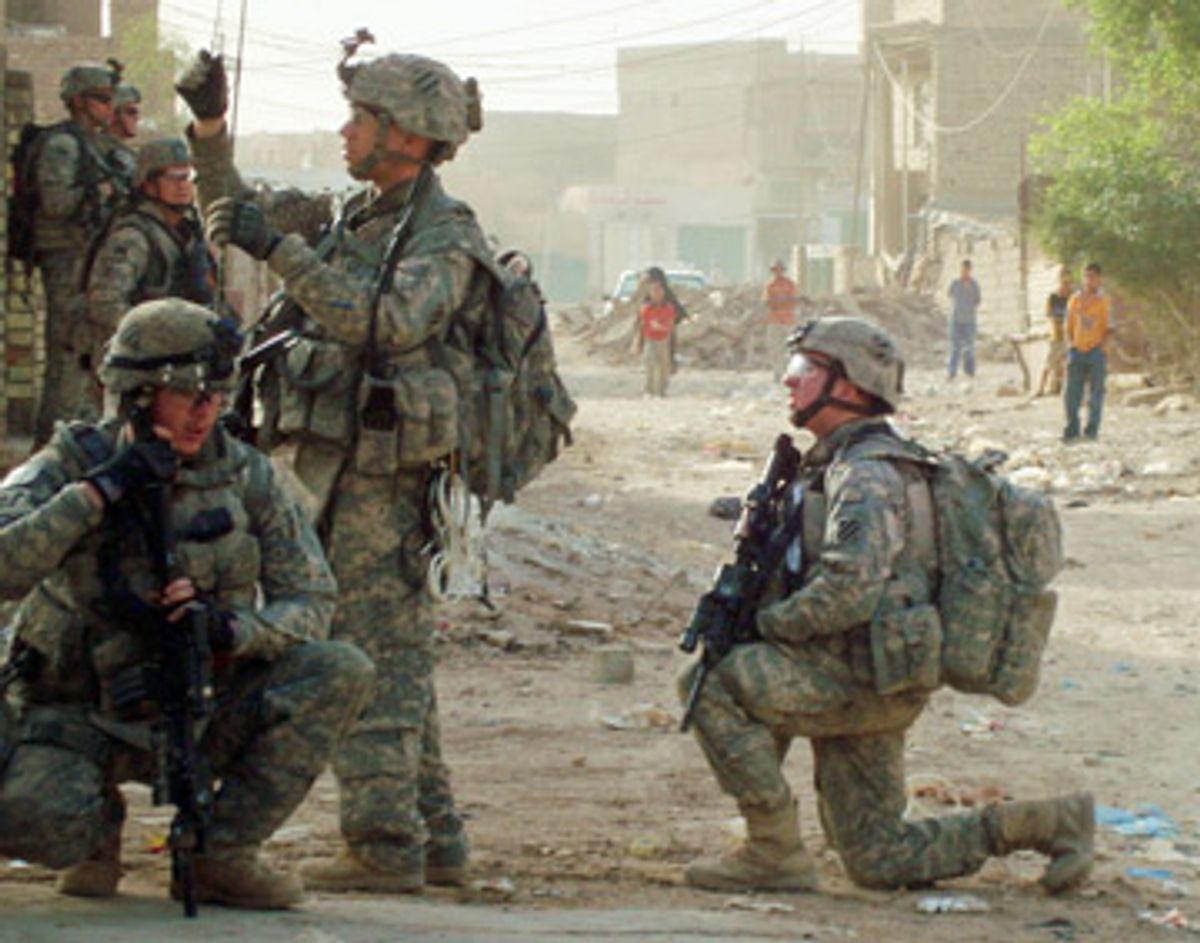 May 20: Trash pickup in most of Baghdad ended with the rule of Saddam Hussein. Now the garbage chokes the capital's streets and clogs the sewage pipes and canals, which overflow and burst. The sewage that leaks out of broken pipes seeps through the dirt of roads that were once paved, but now have mostly turned to dirt because the tracks of American tanks and Bradley fighting vehicles have destroyed the asphalt over five years of war.

Above the roads, low-slung electric wires hang like an enormous web woven by some apocalyptic spider, strung from street generators to poles to homes, from one street to the next. Yet, most Baghdadis receive less than four hours of electricity a day. Running water, too, is a rare commodity. As far as safety is concerned, a quiet neighborhood is one where gunfire and explosions are something residents only hear, not see.

But whenever American soldiers ask the locals how they live, the Iraqis' first response is typically: Much better, thank you. Then they list the basic services they do not have.

"They say it's better, but I wonder if it's really better," muses Maj. Kelly Dickerson, a U.S. Army reservist and a civil affairs officer who is trying to help the 4-64 Armor Battalion of the 4th Brigade, 3rd Infantry Division reinstate basic services in southwestern Baghdad. Dickerson's current project is to bring sewage-pumping trucks into the lowlands of Risala, a Shiite militant stronghold where stagnant lakes of raw sewage flood squares and streets. The idea that having human waste pool outside one's home is somehow a sign of progress doesn't sit well with Maj. Dickerson.

Or better compared to 10 months ago, when stray dogs were feasting on the dead bodies of victims of sectarian bloodshed, which were left to lie in the streets for days? If you ask a patient who has just come out of a coma how he's doing, he will probably say that he's much better, thank you -- never mind that he is connected to IVs and a respirator and is missing a leg.