In defense of Scott McClellan

Critics accuse the former press secretary of selling out for a big payday, but it's not true. I should know -- we have the same editor and publisher. 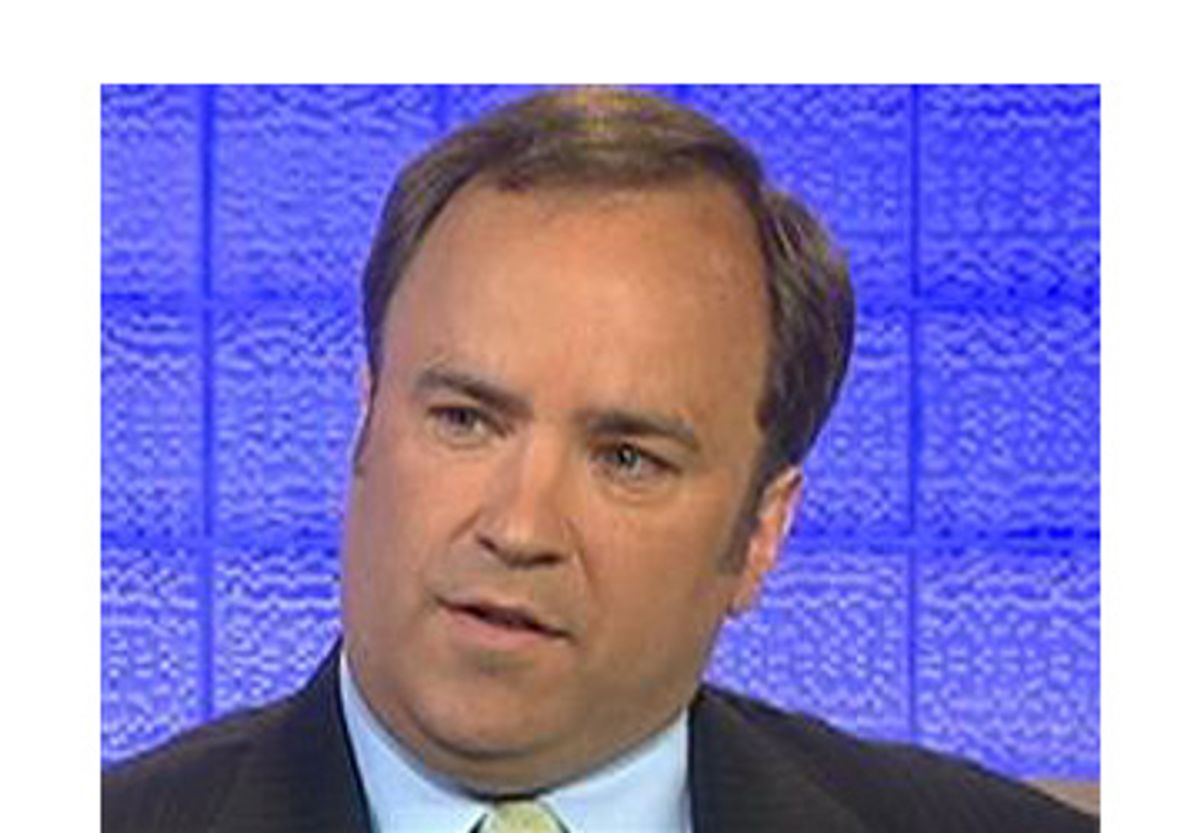 If former White House press secretary Scott McClellan had really penned his memoir to make a pile of money, as current and former administration officials claim, he couldn't have chosen a worse publisher.

PublicAffairs Press is notorious for paying modest advances -- and its notoriety is especially pronounced around my house. I've had one book published by PublicAffairs and have another one in the works. When my wife saw the size of the first advance she wondered if I was really so desperate that I needed to turn to a vanity press. It was joke, but it had a toehold in reality.

After listening to McClellan's critics pile on, accusing him of cashing in, on the "Today" show, I called his editor, Lisa Kaufman. She also happens to be my editor. "So, what about it?" I wanted to know. "How much did McClellan get? As much as his most famous critic, Karl Rove, got from Simon & Schuster for his as-yet-unpublished memoir -- around $1.5 million?"

Lisa laughed. While she wouldn't reveal the exact figure, she narrowed it enough to lay the money-grubbing charges to rest: It was a five-figure advance. Not just under $1 million, but under $100,000. If Rove and company really think McClellan wrote this book for the money ... well, I'll put this in Texan: He's so dumb he couldn't pour piss from a boot if the directions were printed on the heel.

As Kaufman summed up, "You don't come here [PublicAffairs] to cash in." That is, regrettably, something I can vouch for.

McClellan and I share something besides the same editor. We were both problem authors who had difficulties handing in our manuscripts by deadline. When I would call Lisa and explain why I was missing yet another date, she was understanding. "You're not the only one," she once told me. "Scott [McClellan] is late, too." She explained that it was a difficult process for him, not just because he was a first-time author, but because he had promised he would write honestly and openly about what he had experienced during his years at the White House. Emotionally, it was a hard task.

I'm not sure that McClellan knows this (he and I have never met or spoken), but PublicAffairs was at first skeptical when McClellan and his agent made their pitch. Doubtful enough that, says Kaufman, founder/publisher Peter Osnos called around first, asking White House reporters what they thought of McClellan. "They told Peter that Scott was a straight shooter," says Kaufman. "That if he says he's going to tell the truth, he will tell the truth."

Obviously, I can't vouch for McClellan's veracity. I have, however, had a chance to read his book. And having also known and worked with Kaufman for several years, I can say this: "What Happened" was not, as Rove et al. have charged, written by his "New York editor." Stylistically, that is just not her voice on the page. Neither is Kaufman some ideologue with an agenda to push. She demands that her authors write intelligently, clearly and honestly, regardless of their political views. The notion of Kaufman as "brainwasher" is absurd. (Unless, of course, she brainwashed me into thinking that. And, oh, my God, how would I know?!)

His critics will continue trying to spin McClellan’s revelations as the product of a brainwashed, greedy, disgruntled former employee. But his book has the ring of truth to it -- and that's something his critics, and this White House, have notoriously lacked.

Osha Gray Davidson is the author of five books of nonfiction and a frequent contributor to Rolling Stone.