Of course the White House couldn't see the revealing "What Happened" coming. It was McClellan's job as press secretary to conceal himself. 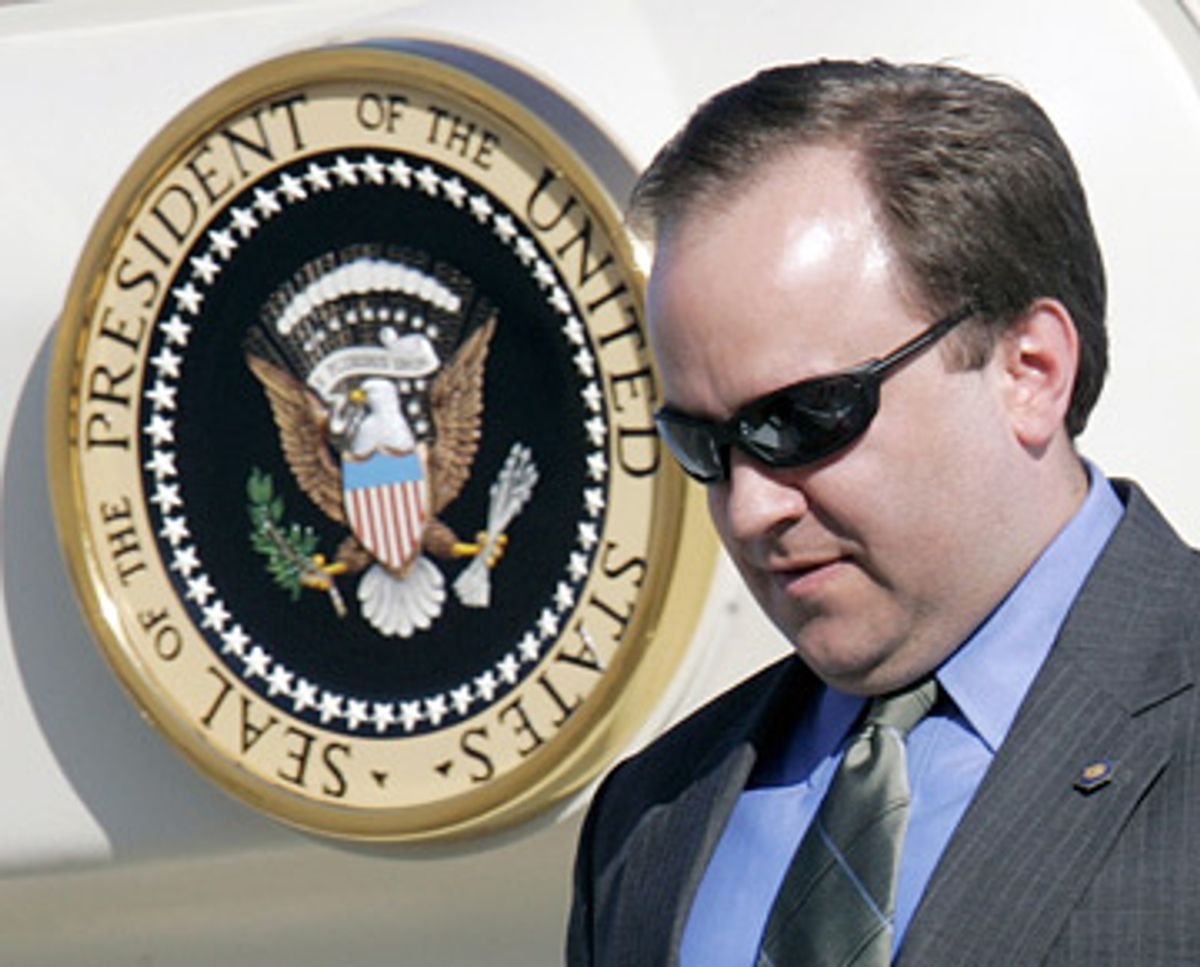 Is it possible to feel sorry for Scott McClellan?

Not if you're one of the pundits who've been piling on his carcass since the release of his memoir, "What Happened." From the left, he's been scorned for suppressing his qualms about the Bush administration until a publisher was willing to pay for them. From the right, he's been flayed for betraying the people he formerly served as mouthpiece.

Yes, there is rude justice in seeing McClellan ground up by the same White House attack machinery that he himself stoked all those years. And yes, there are ample reasons to doubt the purity of his motives. (His suggestion that he's only trying to depolarize our political climate is particularly disingenuous.) All the same, as one who once plied McClellan's trade, albeit at a much lower level, I prefer to take a more charitable view of his belated truth-telling. I see a man trying to disentwine his soul from his job.

Which is a particularly hard thing to do when you have, or, I should say, had, a job like McClellan's. A job that has only a notional link to reality, that requires you to say night is day and to stifle every uprising of self-doubt. A job that forces you, in effect, to have two selves -- public and private -- while making it virtually impossible to reconcile them.

Indeed, if you talk to Washington flacks, no matter their political stripe, you're more likely to hear a measure of empathy for McClellan. If you ask them why McClellan didn't speak up earlier, the answer will be: He was a press secretary, not an ombudsman. If you ask them why he didn't resign, they'll tell you that a good flack, like a good soldier, follows orders. The cause is what matters, not the individual's pangs of conscience. And if you ask them how McClellan could turn around years later and betray his employer's confidences ... well, the more thoughtful ones might concede that betrayal, one way or another, is written into the job description.

Indeed, press secretaries are being betrayed from the moment they step into their first briefing. On "The West Wing," Allison Janney's C.J. Cregg may sashay in and out of the Oval Office, but in real life, White House press secretaries get relatively little face time with the president and only modest input in policy decisions. They may know much less about a given issue than the reporters who've been directly briefed by senior officials (producing what, in some circles, is called "the Dee Dee Myers moment").

And because the stakes are high, the pressure to avoid slip-ups can be excruciating. "No matter how good a press secretary [you are]," Washington Post media watcher Howard Kurtz told me, "you're thrown into the shark tank every day to get chomped on by the press. And you have limited ability to save yourself because your feet are bound with talking points."

Watch McClellan's old press briefings and you'll see a man who is deeply uncomfortable in these shackles. His eyes are wary, his manner stiff -- his evasions actually sound like evasions. By contrast, his Houdini-like predecessor, the suavely mendacious Ari Fleischer, could, without blanching or blushing, explain why the president's opposition to nation building was not really an opposition to nation building. He could insist that Iraq had WMD long after even war supporters had conceded the opposite. He could maintain that Guantánamo prisoners were "receiving far better treatment than they received in the life that they were living previously."

Sidestepping reality in this fashion obviously requires, even by the standards of the current Bush administration, an extraordinary level of discipline. (A friend of mine who worked with Fleischer years ago on the House Ways and Means Committee recalls him as eternally on message: "He'd be telling you what he did Memorial Day weekend, and he'd have the same measured, thoughtful cadence as he did talking about the earned income tax credit.") More than that, it requires a deep-rooted hostility to the news-gathering process. Fleischer may have liked reporters as individuals; as a body, they were the enemy.

For the flacks who come to their trade by way of reporting, that's a difficult shift to make. I became a congressional press secretary shortly after journalism school, and I soon realized that the part of the job I really liked doing -- talking to reporters -- was the one I was supposed to do the least. As one press secretary friend puts it: "The less information you give, the more control you have over the story."

The result, not surprisingly, is an adversarial and often rancorous relationship. We already know how hard that is on reporters; what's less understood is the pressure it exerts in the other direction. George Stephanopoulos, during his days as a White House communicator, broke out in hives and fell into depressive funks. For me, the most persuasive excerpt from McClellan's memoir is his description of being grilled over the Valerie Plame affair: "I could feel something fall out of me into the abyss as each reporter took a turn whacking me. It was my reputation crumbling away, bit by bit."

Well, something was crumbling: the divide between his two selves. In the end, I suppose, we can't pity McClellan. No one forced him to take the job or to stay there as long as he did. (Ford's press secretary Jerald terHorst resigned after one month in protest over the Nixon pardon.) But telling lies comes easier to some than others. Most White House press secretaries -- Fleischer, Jody Powell -- have been able to pack up their show and take it directly into the private sector, peddling untruths for higher retainers. McClellan, years after the fact, is still sifting through the rubble of old press releases, looking for something that can't be spun away.

"This is not the Scott we knew," said current White House press secretary Dana Perino in response to McClellan's charges. But how could they have known him? It was the nature of his job never to be found out. Now, for reasons good or bad, Scott McClellan wants to be found out. I say better late than never.