Impaled on the windshield of life 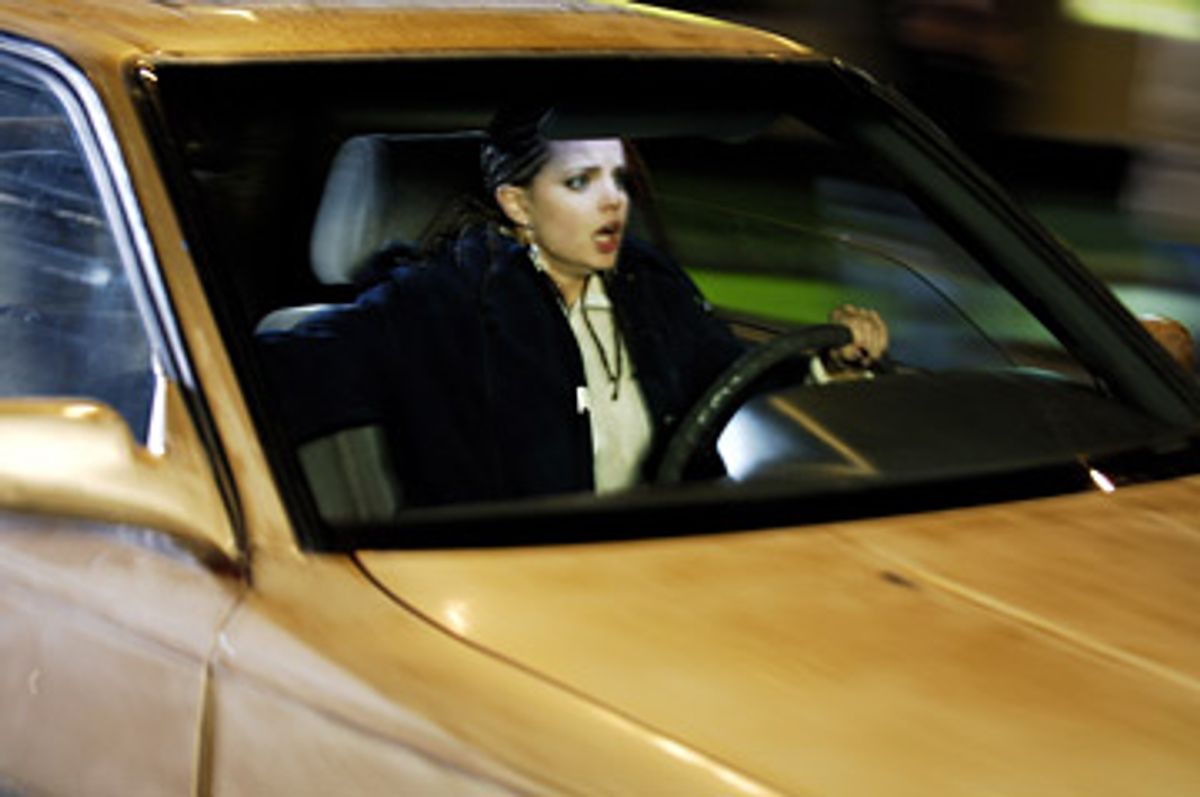 Stuart Gordon's "Stuck" accesses a long horror-movie tradition of blending bloodshed, dark comedy and vague gestures in the direction of social criticism. Grandiose claims have been made in some quarters for this nasty, economical little film, but it does what it sets out to do pretty well. Is its tale of cruelty, selfishness and idiocy -- based on the notorious case of a woman who left a severely injured man trapped in her shattered windshield overnight -- a metaphor for the current state of American life, or maybe for the unchanging human condition? Only if you want it to be.

Gordon is a genre veteran whose 1985 H.P. Lovecraft adaptation "Re-Animator" remains a cult favorite, but the rest of his career has been hit-and-miss. (Other high points include his 1986 "From Beyond," and a hilarious 2006 adaptation of David Mamet's play "Edmond.") "Stuck" plays to his strengths, meaning that he shoots clean, short scenes that move in straight lines and that he humanizes his characters just enough to make them seem like more than tortured lab rats. His star turn here comes from Mena Suvari in one of her patented bad-girl roles, wearing trashy white-girl cornrows and cheap hip-hop wear and playing a gamine nightclubber so shortsighted and morally addled she can't even tell when she's crossed the line into monstrous behavior.

"Stuck" is based on a notorious news story about a Texas woman named Chante Mallard who struck a pedestrian with her car, impaling him in the smashed windshield, and then drove home and locked him in the garage, hoping he would bleed to death, rather than calling for help. In Gordon's version of the story the social-class issues are deliberately complicated. The victim is a laid-off white-collar worker named Tom (a plodding, preoccupied performance from Irish actor Stephen Rea) who has tumbled all the way to homelessness, while Suvari plays Brandi, a hard-working nursing assistant at a senior-care facility who must quite literally take shit cheerfully while angling for a promotion from her manipulative boss (nicely played by Carolyn Purdy-Gordon).

Gordon and screenwriter John Strysik don't offer much in the way of explanations for Brandi's incredible callousness, but maybe that's for the best. On one hand, her reasons are obvious -- she was driving home drunk and on Ecstasy, and faces both the loss of her livelihood and possible prison time -- and on the other hand no reason could be sufficient. Even her drug-dealing, two-timing boyfriend Rashid (Russell Hornsby. in a delicate, funny performance), who's deeply invested in his role as a hard street character, tells her to call 911. Instead, Brandi assures the impaled, moaning Tom that help is on the way, before trying to beat him to death with a two-by-four, protesting, "Why are you doing this to me?"

Manfully refusing to die, Tom realizes he must pull the windshield wiper out of his belly, cram Kleenexes into his gaping wounds, tie a brace to his broken leg and escape on his own, which creates lots of opportunities for formulaic horror-film nightmare. He reaches Brandi's cell phone -- but can't tell the 911 operator where he is. He honks the horn until a boy comes and finds him -- but the kid's parents are illegal immigrants who don't want to get involved. Finally, when Tom gets a chance to turn the tables on Brandi and Rashid, will he be as ruthless as they were? I think Gordon's point is either that it doesn't matter or that it matters only in some private, existential frame. These people can behave well or poorly, but they were already bugs on the windshield of life before their unhappy collision.

Beyond The Multiplex Horror Movies