Brazilian TV series "City of Men" explores the hardships of growing up among guns and gangsters in Rio's slums. 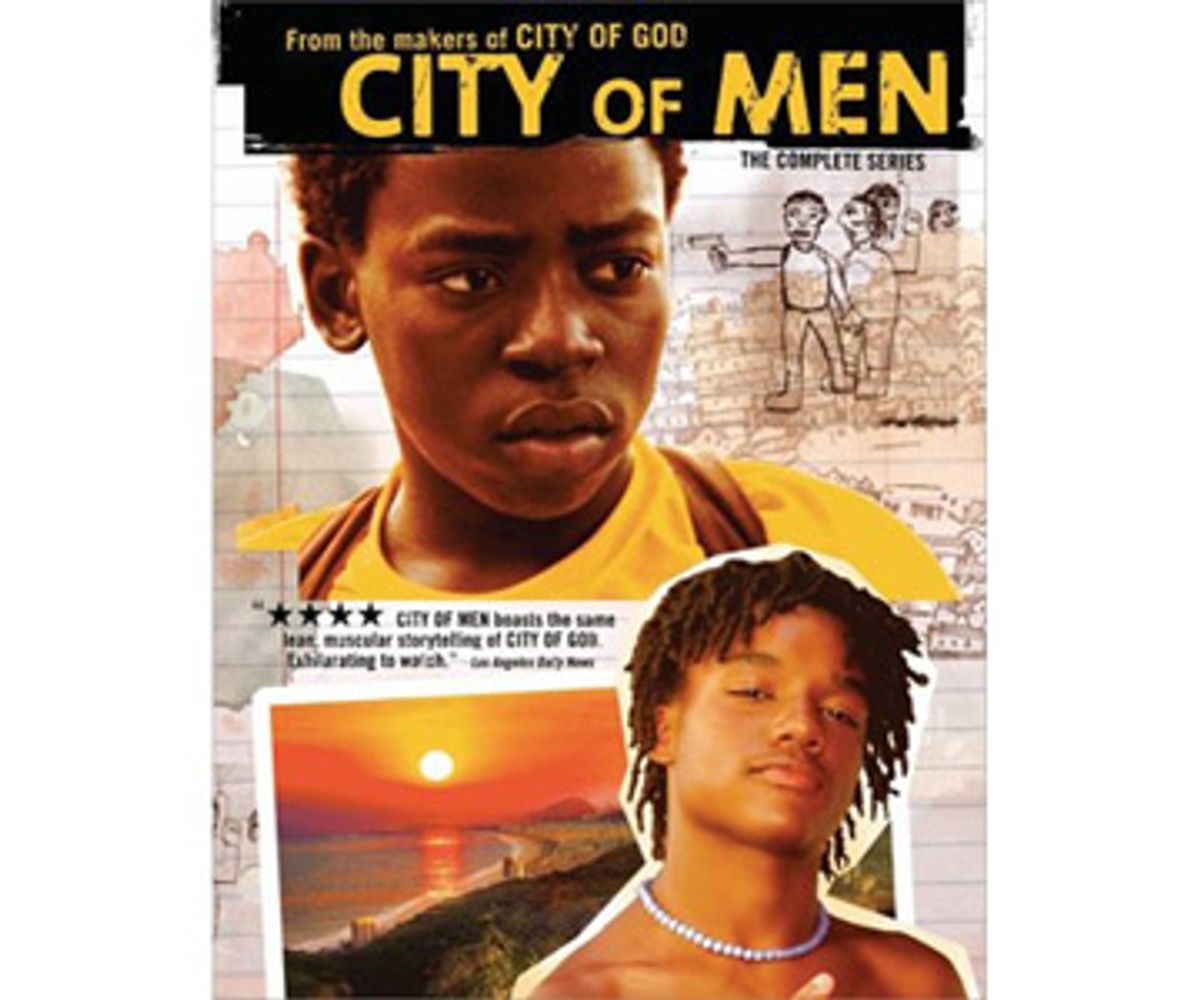 The unanticipated international success of "City of God," Fernando Meirelles' stunning, ultraviolent 2002 film about life in the slums of Rio de Janeiro, was received with ambivalence in Meirelles' native Brazil. Despite the critical acclaim, record revenues and Oscar recognition, detractors argued that by focusing on Rio's gangsters and drug abusers, Meirelles had reinforced middle-class stereotypes of the poor.

In "City of Men," a televised miniseries that ran in Brazil from October 2002 until December 2005 and is now available on DVD, Meirelles and his collaborators add dimension to "City of God's" gory view of Rio's other half, depicting domestic life in the favelas -- shantytowns cobbled together from concrete, corrugated tin and cinder blocks by their poor inhabitants. Whereas "City of God" followed its characters through the '60s, '70s and '80s, "City of Men" looks at contemporary life. Preserving the gritty, neorealist aspects of Meirelles' film, the TV series offers glimpses into the homes, schools and shops where daily life in the favelas unfolds.

The series revolves around two fatherless teenage boys, Acerola and Laranjinha (played by Douglas Silva and Darlan Cunha, who portrayed "City of God's" urchins from hell Li'l Dice and Steak and Fries) as they cope with the overlapping tyrannies of poverty, violence, adolescence and their virginity. (And for these boys, virginity surely is tyrannical, concerning them far more than their local drug lords.) Watching these charming, vulnerable kids grow up in such a damaging environment is painful. "City of Men" is not the bloodbath that "City of God" is, but there are plenty of gangsters and pistols pressed to craniums. Shown as a banal aspect of life in the slums, these scenes of favela justice become all the more chilling.

The series moves at a brisk pace, beginning, innocently enough, with Laranjinha and Acerola, both 13, worrying about how they're going to come up with the money for a school field trip. By the end of the series, the boys are 17 and struggling to support themselves and their families by finding a place in Rio's legal economy. Their yen for cool new sneakers, however, remains constant.

Shot on location in a hillside favela on the fringes of Rio de Janeiro, "City of Men" paints a striking picture of the characters' surroundings. And because the show employs untrained favela dwellers as actors -- Cunha and Silva included -- and exposes the illicit inner workings of an urban society, it has been compared to "The Wire." Then again, the story lines run more along the lines of classic coming-of-age sitcoms, with episodes on shoplifting and bullies.

But in many ways, "City of Men" is unlike anything in American television. At times, its story lines dissolve into documentary, testimonial and public service announcements, as if the problems faced by Brazilian youth are too urgent to stick to a fictional narrative. In a jarring scene in the first episode, Acerola, Laranjinha and their friends crowd around a television to watch themselves -- or, rather, the actors who play the characters -- describe the horrors that they have witnessed growing up in the favelas. A later episode in which Acerola impregnates his first girlfriend closes with sobering statistics on Brazil's teen pregnancy rate.

For the film version of "City of Men," released in February, director Paulo Morelli introduced the characters from the series with montages and flashbacks. But watching the series itself, you really get to know them. And these kids are worth getting to know.