Scenes from a group marriage

I was a normal 9-year-old boy with two parents. And then, after a fateful camping trip, I had four. 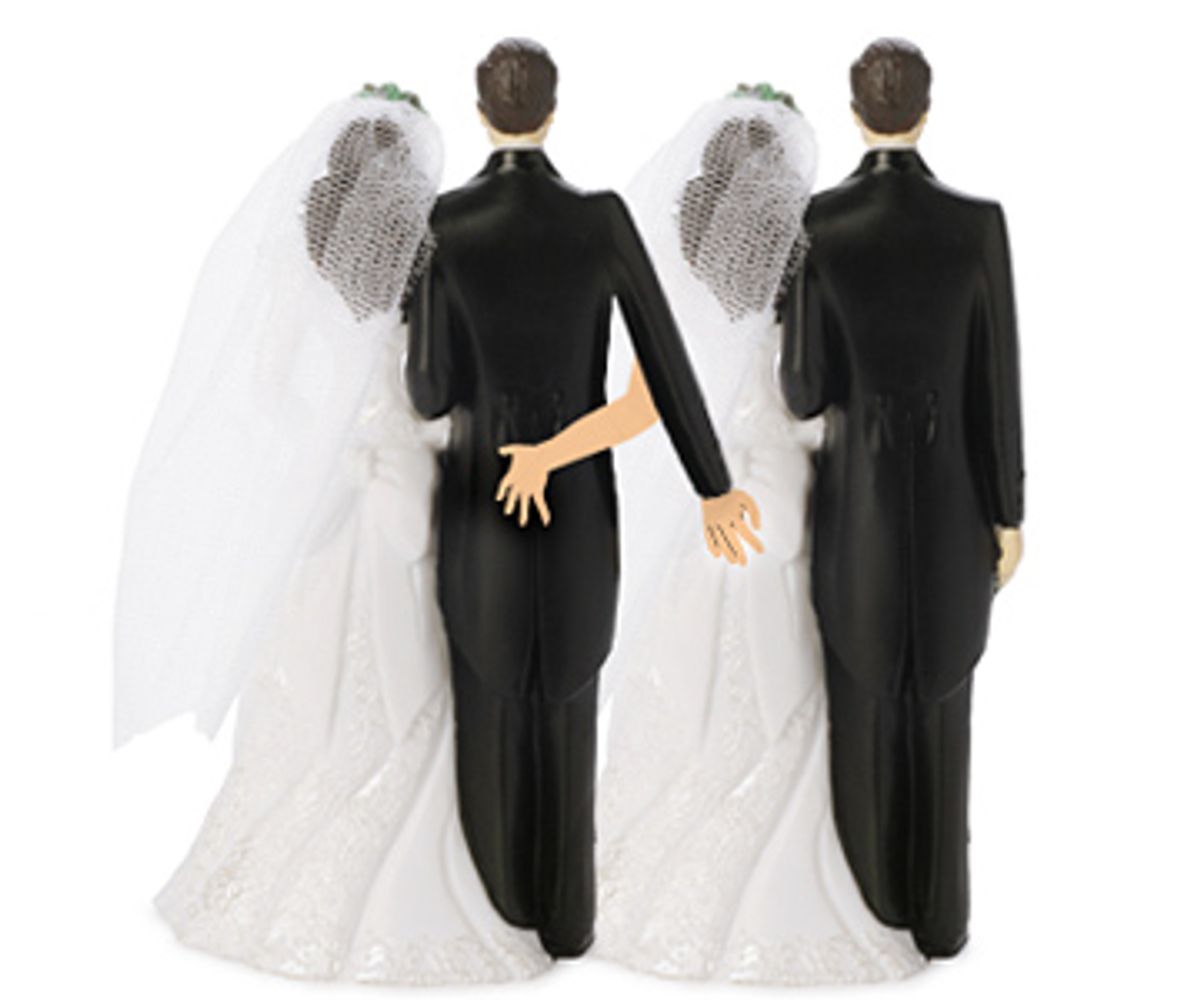 One day in the summer of 1971, my parents held hands, closed their eyes and jumped out of their conventional marriage into something strange and new. I was 9 years old at the time, and we were camping at Betsy Lake in the High Uintas Wilderness with another family of five. We were halfway into the camping trip when the six of us kids realized our parents had mixed and matched: My father was in the tent with their mother, and their father was in the tent with my mother.

No sound came from either tent. I remember the smell of mosquito repellent. I remember gray ripples in the lake, squirrels scrambling up pine bark and us kids nervously discussing. I remember trying to believe my life hadn't shot off its safe, predictable tracks.

Of course, it had. We began seeing the other family at least once a week; one of my parents spent each Sunday at their house and one of theirs at mine. And then we all moved in together. The arrangement felt uncomfortable, if only because no one else's parents were doing anything like it. One day, as I lay reading on my bed, the girls from the other family came downstairs with moving boxes in their arms. That night, the adults erected a screen to separate the dining room from the living room. In place of our dark varnished table and the buffet with its china and silver appeared a king-size bed. Downstairs, the salt-and-pepper sofa and the desk where my father tracked investments gave way to bunk beds for two of the girls. Over the next few days, my brother and I learned to grab for our bathrobes when our new sisters slipped through our room on the way to the toilet in the morning. They learned to duck behind closet doors when we trespassed through their bedroom on our way upstairs.

Fiction about the 1970s -- including "The Ice Storm" or the new "Swingtown" TV series -- typically depicts such experiments as frivolous and irresponsible. "How could they have done this to you?" my wife still asks me. It's true that boredom was an element in my parents' motivation. It's also true that the arrangement embarrassed me in front of my friends, and that it threw me off balance at a nervous time of life. But behind that -- at least sometimes -- lay an idealism that has disappeared from the public recollection.

My parents saw themselves as part of a movement, promulgated in visionary writings like Alvin Toffler's "Future Shock." The notion was that an adult could simultaneously maintain more than one intimate relationship as long as all the partners agreed. The movement, which now calls itself "polyamory," is still going, though mostly underground. Webster's accepted the word two years ago.

But my parents didn't take a public stance. They kept their sex lives to themselves; they never suggested I should want to follow their example. And the communal household enjoyed a kind of camaraderie I have never felt since. I liked the party we made when all of us kids sat down to watch "Hogan's Heroes" or danced to the soundtrack from "Cabaret." Over the next two years, I swapped books with my stepsisters, listened in awe to their stories of crushes, exchanged tips on teachers. Their father imparted his love of great music and their mother her passion for cooking. A sort of bond formed among the 10 of us.

I found out it was ending one day, after a tennis lesson, when my mother picked up my brother and me in her blue Dodge Dart with its painted butterflies. I knew from her silence something was wrong. She pulled into the parking lot of a drug store and sat for a moment. Without turning to face us, she said that the two families were splitting into separate households -- but not in the original configurations. My father would live with the other woman, my mother with the other man.

I didn't ask for the story of the foursome's disintegration. Despite the intimacy of our crowded household, or perhaps because of it, we kids refrained from probing the details of the adults' love lives. Instead I stared at the smudged upholstery of the seat in front of me, feeling in my stomach as though we had just driven off a cliff.

Over the next few years, that falling sensation accelerated. My father married the other woman. The other man found a new lover and left my mother. I switched back and forth every six months between my parents' households. For the first time in my life, my mother let me see her tears. I learned to hide mine in my pillow.

Divorce is commonplace now, but group marriage is still weird, almost incomprehensible to most people. Only recently have I overcome the shame that used to make me gloss over that period when I told new friends the story of my life. But now, when I think back, I can see it wasn't the group marriage that cast a lasting shadow on my childhood; it was the divorce. For a few years I'd had something more than a family, then suddenly I had something less. And the loss was wrenching.

This year, my youngest son is 10, as I was at the beginning of my parents' odyssey. His brother is 14 -- close to my age at the end. I've felt for myself the stress that our hyper-individualist culture puts on families. Few of us live with extended family; fewer and fewer of us know our neighbors, go to church or belong to a social club. We measure success by the size of our houses and our paychecks. We see child rearing as a lifestyle choice, not a community endeavor. But two grown-ups sometimes aren't enough to pay the bills, to wipe the noses, to coach the soccer team and listen to the stories of schoolyard bullying. After 17 years, my wife and I are still passionate about each other. I have no desire to engage in the bold sort of experiment my parents took on. But sometimes, even when all four of us are home together, our world feels too small, and I understand the hope with which my parents blindly plunged into uncharted love.

Laird Harrison is a writer living the Bay Area. He has recently completed work on "Fallen Lake", a novel about a group marriage in the 1970s and the children growing up in it.