We haven't exhausted the kids' movies topic yet, believe me! Meanwhile here's a quickie guide to new films opening this week (that I'm not covering). 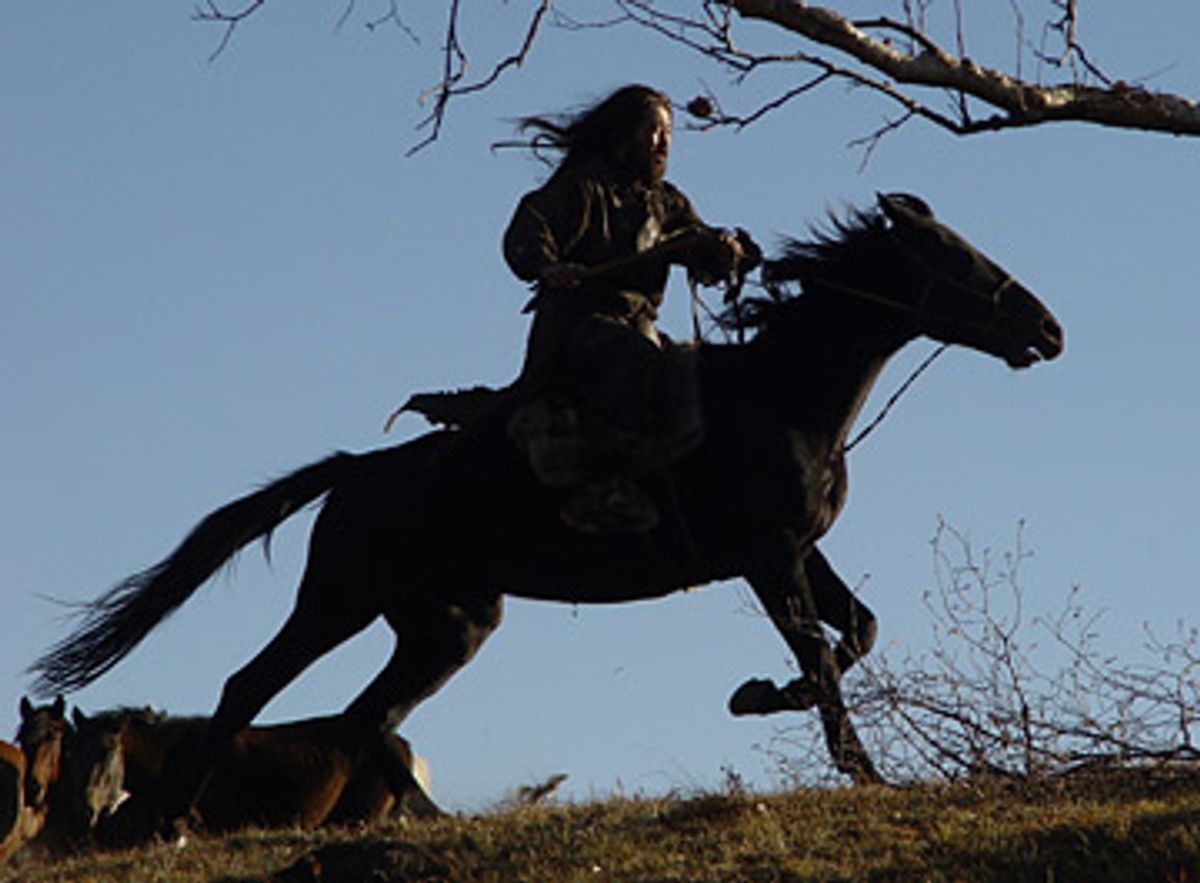 I'm still on vacation, but based on the response to my going-away post, it seems like I should spend the whole summer rotating between the beach and the mountains and let the parents keep debating offbeat family movies. That was awesome! I'm impressed, and profoundly grateful. OK, I would have gotten to "The Secret of Roan Inish" eventually, and "My Neighbor Totoro" was already on the list. But "The Iron Giant" and "The 5,000 Fingers of Dr. T" -- brilliant. I definitely needed those.

Nevertheless my boss expects me back on Monday, and I will be. We'll get back to the subject of movies for kids ASAP after that, I promise. Until then here's what's opening this week that I'm not covering, at least for now. The hardest part of this job is watching worthwhile films slip past unnoticed, and I'll try to get back to these in some fashion. Yeah, I know, talk is cheap.

Since Kurosawa is dead, I guess Russian director Sergei Bodrov (an Oscar winner for "Prisoner of the Mountains" in 1997) is the right guy to make a wide-screen historical epic about the early life of Genghis Khan, who was born as a 12th century Mongol tribesman named Temudgin. I've seen Bodrov's "Mongol," which is probably intended as the first of a diptych or trilogy, and it's an old-fashioned eye-popper, with glorious scenery, tremendous battle tableaus, a hint of mysticism and a memorable grunting-and-howling lead performance from Japanese star Tadanobu Asano. (Opens Friday in major cities.)

Stephanie Zacharek is covering deranged Italian horror genius Dario Argento's "The Mother of Tears," and I'm certainly grateful for that. It's a cult classic in waiting that officially concludes the trilogy Argento began with "Suspiria" and "Inferno," and stars Argento's daughter Asia, along with Udo Kier, Daria Nicolodi and Philippe Leroy. (Opens Friday at the Sunshine Cinema in New York, with a national rollout to follow.) I've already written about "Dreams With Sharp Teeth," the arresting, hilarious and necessary documentary about legendary science-fiction author Harlan Ellison made by Erik Nelson, which opens this week at New York's Film Forum, with other dates likely to follow.

Nina Davenport's documentary "Operation Filmmaker" follows the perplexing career of a young Iraqi film student who became involved with the shoot of Liev Schreiber's directing debut, "Everything Is Illuminated," as well as an action-thriller starring Dwayne "The Rock" Johnson. Instead of a heartwarming tale of one individual redeemed from a war zone, Davenport evidently captures a much more complicated cautionary fable about the true price of good intentions. Now playing at the IFC Center in New York, with dates in Chicago, Boston and Seattle to follow.

French writer-director Eric Guirado's "The Grocer's Son" follows a young man returning from the big city to his family's life in Provence; a big hit in France, it's getting a New York release (at the Lincoln Plaza Cinemas) with a limited rollout to follow. Italian master Marco Bellocchio has next to no audience in the United States; his latest film, "The Wedding Director," described as a dreamlike comedy-drama set in an imaginary version of Sicily, gets a week-long engagement at the Museum of Modern Art in New York and then (if history is any guide) only a few scattered big-city gigs.

Irish documentarian Shane O'Sullivan's "RFK Must Die: The Assassination of Bobby Kennedy" has been something of a sensation in Britain, and receives its U.S. premiere at New York's Pioneer Theater to mark the 40th anniversary of that traumatic event. I can't evaluate O'Sullivan's version of conspiracy theory, not having seen the film. But I dare say the specter of the RFK assassination is weighing heavily on the minds of many Americans right about now.