Every four years, the who-for-No.-2 drama follows the same insincere rituals, from comically straining to soothing the party's base. 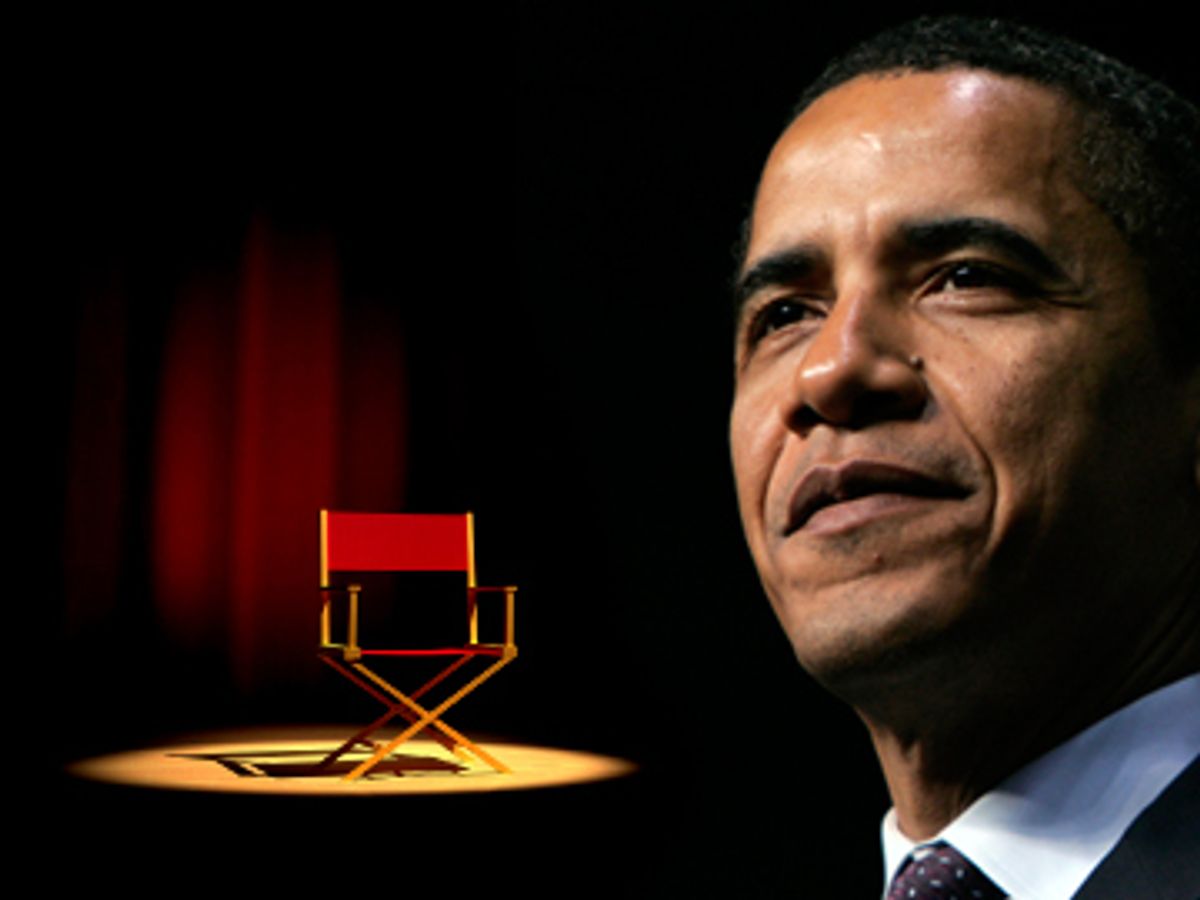 Aside from being a horse trainer inflamed with dreams of winning the Triple Crown, there may be no job in America with greater potential rewards and greater risk of abject failure than heading a vice-presidential search team.

As George W. Bush's impartial vetter-in-chief in 2000, Dick Cheney accidentally discovered in the shaving mirror the only living Republican who could meet his exacting V.P. standards. Now former Fannie Mae chairman Jim Johnson -- who was fast becoming a Democratic Washington "wise man" on the model of Clark Clifford and Bob Strauss -- has had to resign as Barack Obama's chief vice-presidential talent scout. Johnson's image problem (beyond making as much as $21 million in a single year at Fannie Mae) stemmed from charges that he may have gotten bargain-basement personal mortgage rates from a company at the center of the subprime scandal.

Just Tuesday, Obama had querulously complained about having to "hire the vetter to vet the vetters." With Johnson gone, Obama suddenly has to grapple with a two-person search committee (Caroline Kennedy and former Deputy Attorney General Eric Holder), which seems a big wheel short of a full tricycle. Whoever becomes the new vet in town for Obama can step right into the middle of heartbeat-away hunt without missing a trick. For the search for a vice-presidential running mate is the American version of Kabuki. Like traditional Japanese drama, the who-for-No.-2 hunt boasts a familiar dramatic arc played out over these five acts.

ACT 1: Thinking Outside the Box

After Obama's search committee (including Johnson) made the rounds of Capitol Hill Tuesday, North Dakota Sen. Kent Conrad was on the indiscreet beat as he confided to reporters that about 20 names were on the second-banana list including several that were (you guessed it) "outside the box." This is the moment when presidential nominees invariably dream about pushing the envelope by expanding the pool of potential Throttlebottoms. The thought is always the same: Why should we limit ourselves to familiar politicians in trying to find a vice president?

The McCain campaign reflected the same impulse a few weeks ago when it set off a brief boomlet for former Hewlett Packard CEO Carly Fiorina as a potential running mate. There are no obvious titans of business for the Democrats (unless you count New York's palpably restless Mayor Mike Bloomberg), but the party remains smitten with the idea of a beribboned military figure. With Wesley Clark looking a tad shopworn, the latest wild-card entry in the rumor mill is retired Marine Gen. James Jones, who (like Clark) is a former NATO commander. Never heard of Jones before? That is just symptomatic of a hidebound refusal to (cliché alert) color outside the lines.

About this time in the veepstakes, there is often a flurry of talk about erasing party lines in the quest for an unconventional path to an electoral majority. McCain himself was on John Kerry's 2004 short list. And this time around, Joe Lieberman (McCain) and Chuck Hagel (Obama) have the requisite crossover appeal. But there is an even bolder way of reaching out to the other side -- taking an esteemed figure from the media. In the old days, first Walter Cronkite and then Bill Moyers were mentioned by that powerful offstage figure called the Great Mentioner (a wonderful title invented by columnist Russell Baker). Tom Brokaw and -- maybe even in the right light -- Tim Russert might fit that familiar-but-above-the-fray profile today.

There is a reason why all veep picks in memory have been safely within the ideological mainstream of their parties: No first-time presidential nominee has the political clout to opt for an off-the-wall pick without risking an uproar at the convention. While McCain has not explicitly promised to cleave to the GOP party line on abortion in choosing a V.P., the issue looms like a neon "A" over the heads of pro-choice long shots like Lieberman and color-coded former Homeland Security czar Tom Ridge. In picking a veep, deference must always be paid to the party's voting base. That is why the McCain campaign likely will tack (Christian) right for a while and hint that Mike Huckabee and Sen. Sam Brownback have the right stuff to take up residence at the Naval Observatory.

The Democrats, in case you have not noticed, are the party of affirmative action in all things. That is probably why Bill Richardson got so tired of being trotted out as the Great Hispanic Hope for vice president that he ran for the big job this time around. Obama's potential problem, in case you have not noticed, is with women voters who went over the hill with Hillary. Which is why (as the Obama high command internally debates the political merits of putting Clinton on the ticket) there undoubtedly will be quasi-public auditions for such alternative choices as Kansas Gov. Kathleen Sebelius and Missouri Sen. Claire McCaskill.

In fantasy, vice-presidential nominees are chosen for their ability to step into the Oval Office in case of ... nah, it is too depressing to put into words. But, believe it or not, at some point in the deliberations the campaign pollsters come in with their PowerPoints, their survey cross-tabs and highlight videos from the focus groups. In other words, the debate suddenly switches to which veep candidate might potentially add 2.73 percent of left-handed junior-college graduates in a swing state like Ohio or Florida.

That is why it required a Shermanesque declaration for Ohio Gov. Ted Strickland to take himself out of the running this week -- and even though this is not the first time Strickland has said he's not interested in the job, do not dismiss the possibility that Obama might beseech him to reconsider. And while former Bush budget director Rob Portman comes equipped with the kind of economic pedigree that McCain craves, he also boasts the right address -- having represented Cincinnati in Congress for seven terms. In similar fashion, it would take a major scandal for someone elected statewide in Florida (GOP Gov. Charlie Crist or Democratic Sen. Bill Nelson) not to get a long look for vice president.

By now it is mid-July and the press corps is getting testy about the protracted V.P. shell game. Meanwhile, Obama and McCain are probably both pretty burned out after running over the same names again and again. Forget about pushing the envelope, now the candidates just want to mail it in. No matter how much they try to summon up enthusiasm for the person who will play president-in-waiting, they keep coming back to that emblematic ballad: "Is That All There Is?"

In these wearied moments, as the convention looms, there always remains the chance that the presidential nominee will make an impetuous choice (Dan Quayle, please pick up the white courtesy phone) at the last minute. If voters are sometimes saddled with buyer's regret, imagine what it must have been like to have decided to put Tom Eagleton or Spiro Agnew on the ticket.

ACT 5: Rolling Out the Running Mate

No ceremony in American political life has a richer subtext than the celebratory union of a presidential ticket. Ritual requires not only a political alliance but the sudden discovery of deep bonds of friendship between the two candidates. Often the story lines become gooey (the Clintons and the Gores reveling in each others' company on 1992 campaign bus trips) and long-standing rivalries are temporarily airbrushed away (Kerry and John Edwards in 2004), but the rituals of insincerity must be slavishly followed. For such are the ironclad rules of the vice-presidential Kabuki that will dominate the political headlines for the next two months.