How Charlie Chaplin's poisonously dark "Monsieur Verdoux" drove the audience away -- and was embraced by critics and filmmakers as a masterpiece. 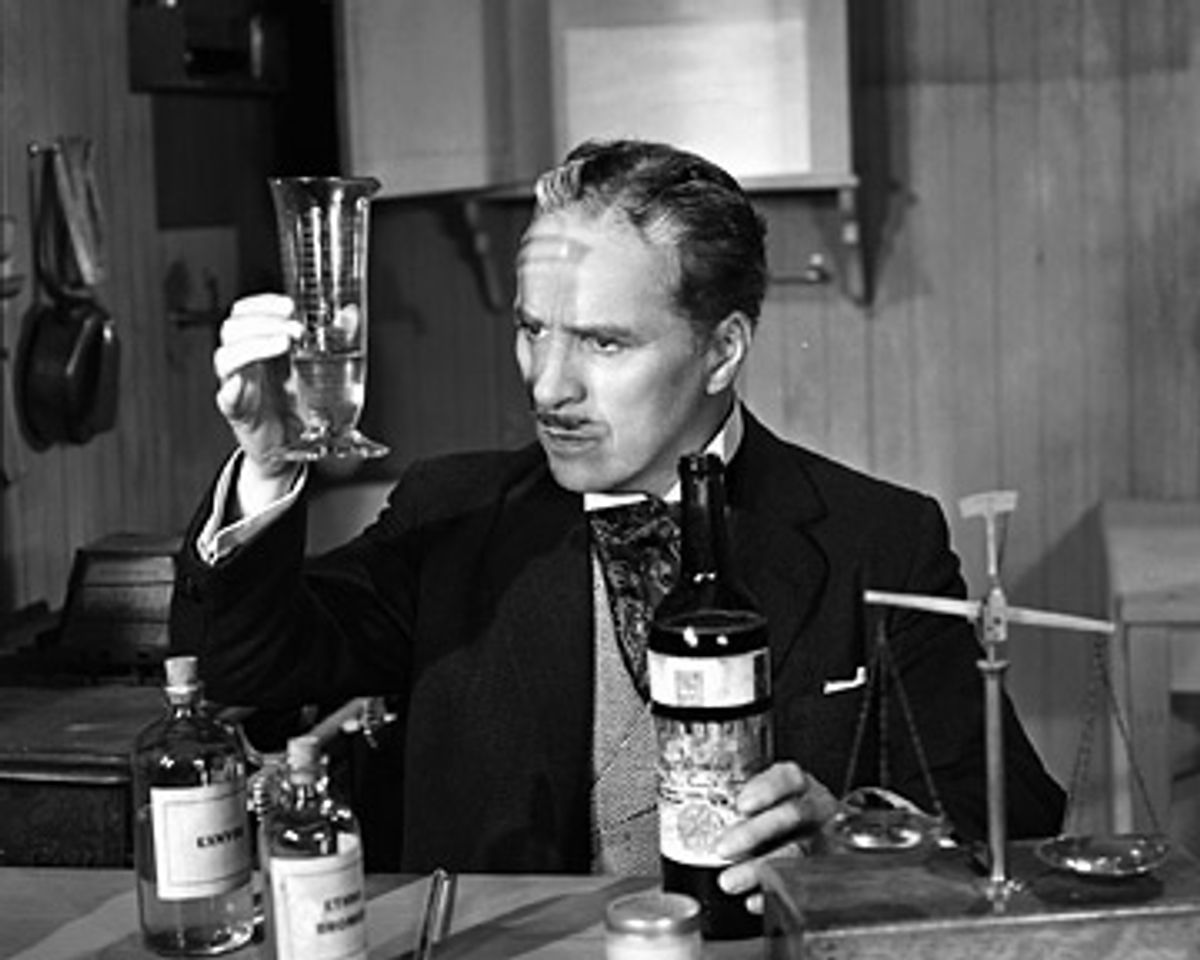 A commercial disaster that essentially ended Charlie Chaplin's American film career, the 1947 "Monsieur Verdoux" has long since been rehabilitated as a classic. Critic James Agee wrote a three-part essay in the Nation defending it (after it had already opened and closed in New York theaters), and over the years European intellectuals like critic André Bazin and directors Federico Fellini and Jacques Rivette have embraced it.

It may be difficult for contemporary audiences to see either the scandal or the classic in "Monsieur Verdoux" (written and directed by Chaplin, from an idea by Orson Welles) -- it's difficult for me, quite frankly -- but it's worth the effort. It's a stagy, self-conscious and erratic production that suffers from awkward editing and peculiar shot selection, and for viewers unused to Chaplin as a speaking actor (or unused to him at all) his high-pitched voice and mannered, almost limp-wristed portrayal of a serial killer is likely to be off-putting. I know all this is heretical, film buffs, but it's better to get it into the open. If you want to argue that "Monsieur Verdoux" is an important movie for people to see in 2008 (and I do), you have to acknowledge the obstacles it presents.

"Monsieur Verdoux" is, after all, intended to be strange and confrontational. The most beloved screen performer of his time (and perhaps of all time) had already conflated his Little Tramp character with Adolf Hitler in "The Great Dictator." That was for the purpose of puncturing a tyrant's monstrous ego, but the purpose of "Monsieur Verdoux" is more in the nature of a wide-ranging attack on the society that could produce large-scale killers like Hitler and smaller ones too. Chaplin's Verdoux is much closer to his classic silent-comedy character. He's an ordinary man, a longtime French bank employee who loses his job in the Depression and must struggle to support his disabled wife and adorable son.

As we learn in the film's opening seconds, narrated by Verdoux from beyond the grave, he then went into business for himself -- as a "Bluebeard" killer, who married and dispatched rich women by the handful. By giving away the film's so-called secret right at the top, Chaplin offers a clear signal that this isn't an ordinary motion picture, and from there he careens through several apparently unrelated genres. Part of the picture is a hilarious madcap farce, involving Verdoux's futile attempts to bump off the most obnoxious of his wives (the great American comedienne Martha Raye), a braying, vulgar lottery-winner who believes, most implausibly, that he's a sea captain and always addresses him as "pigeon." There's also a police procedural in the mix, along with an almost erotic, noir-like encounter with a nameless young woman (Mady Correll) Verdoux plans to kill but spares at the last second; and that's before the film abruptly and unexpectedly veers into a misanthropic peroration against war and fascism, complete with newsreel clips of Hitler and Mussolini.

But ordinary men who love their wives and children, as many critics of 1947 and afterward have protested, don't become unrepentant serial killers. Within the film, Chaplin essentially offers his response: No, they don't. They do far worse things than that. Instead of expressing remorse at his trial, Verdoux rails against warmongers and munitions manufacturers and the society that honors them, declaring, "As a mass killer, I am an amateur by comparison." Facing possible execution, he promises his listeners, "I will see you all soon. Very soon." He does not need to mention the venue where this reunion will take place.

In a post-war America just ramping up to the Red Scare, this kind of scathing commentary from a left-leaning English expat was, to put it mildly, not welcome. As J. Hoberman's recent New York Times article explains, Chaplin had been denounced in Congress as a Communist "notorious for his forcible seduction of white girls" (I guess seducing nonwhite girls was acceptable) and tainted by his association with European radicals like playwright Bertolt Brecht and composer Hanns Eisler, two focal points of the Hollywood witch hunt.

Hoberman is surely correct in pointing to Brecht as a key influence on "Monsieur Verdoux," both in terms of its jarring mix of styles and narrative modes and its focus on the idea of collective social guilt, not something that Americans either left or right have much cottoned to over the years. Virtually a sui-generis creation 60 years ago, Chaplin's film launched a farcical, unreasonable, confrontational tradition that includes such much-loved and much-hated pictures as Elia Kazan's "A Face in the Crowd," Stanley Kubrick's "Doctor Strangelove," Terry Southern and Joseph McGrath's "The Magic Christian," Spike Lee's "Bamboozled" and Lars von Trier's "Dancer in the Dark."

It's not that you have to get past the unpleasant aftertaste of "Monsieur Verdoux" to grasp why it can still be called a masterpiece. It's that the film's almost poisonous blend of comedy and bitterness is itself the point. It is meant to unsettle and perhaps enrage you, to leave you unhappy with yourself and the inexplicably cruel Monsieur Verdoux and the world. No one who ever writes about this film can top James Agee, so I'll let him have the last word: "Chaplin’s theme, the greatest that he has yet undertaken, is the bare problem of surviving at all in such a world as this."

"Monsieur Verdoux" opens June 13 at Film Forum in New York, June 27 at the Gene Siskel Film Center in Chicago, July 11 at the Northwest Film Forum in Seattle, July 24 at the Pacific Cinematheque in Vancouver, Canada; and Aug. 20 at the Cleveland Institute of Art Cinematheque. Other engagements may follow, and the film is also available on DVD.