Tim Russert, one of the good guys

There was no artifice in the "Meet the Press" host. The best political questioner on TV seemed the same guy off-camera as on. 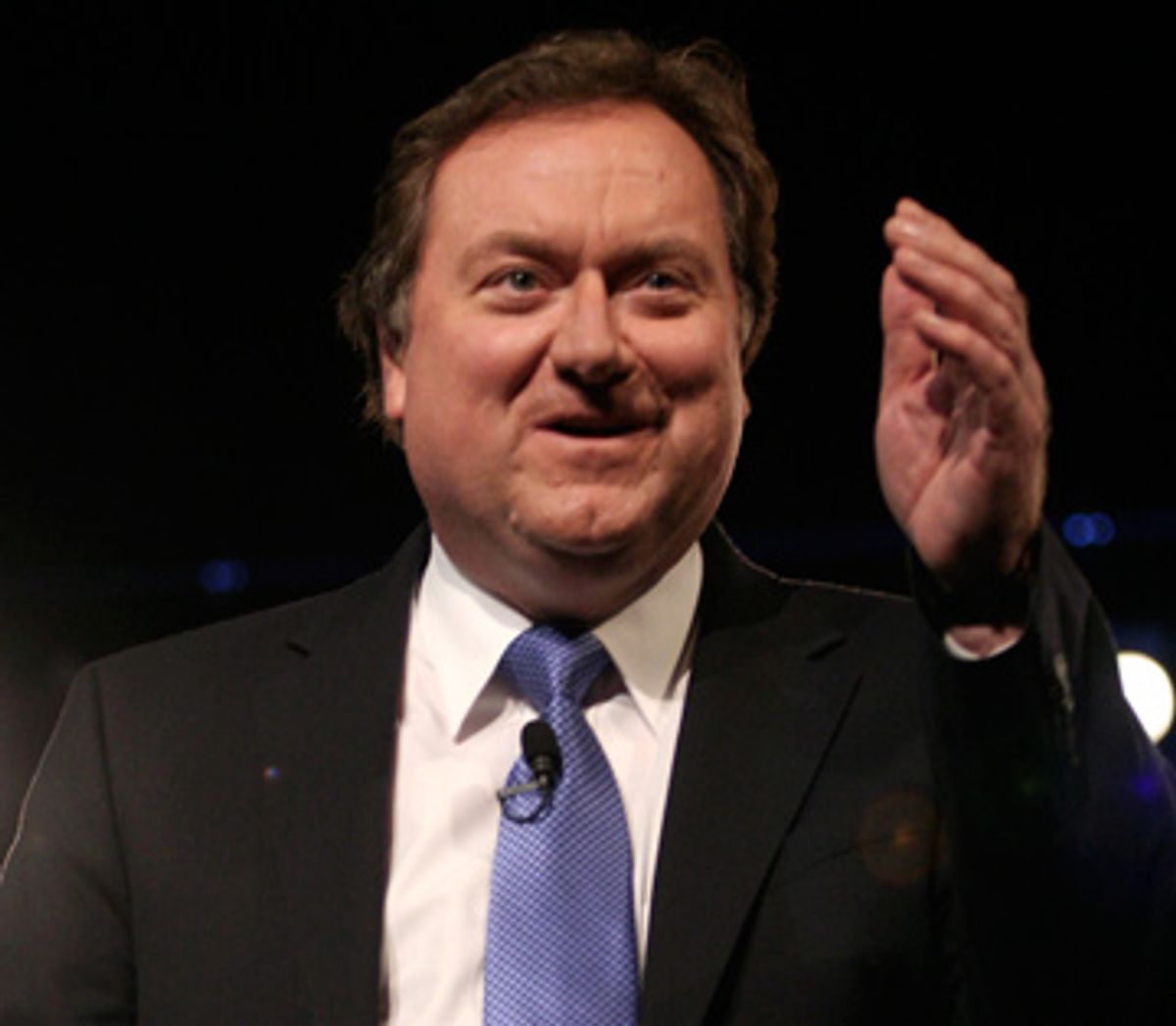 "Meet the Press" was already a stuffy, bow-tied institution in 1950 when Tim Russert was born in blue-collar Buffalo, N.Y., early in the era of flickering black-and-white pictures and rabbit-eared antennas. There was little fanfare four decades later when Russert, who had been schooled in politics as a sharp-elbowed aide to New York's two great political intellectuals, Pat Moynihan and Mario Cuomo, replaced Garrick Utley as moderator at a time when the show seemed a relic of a fading era.

But over the next 17 years, Russert, like no one in television history -- with the possible exception of David Brinkley -- came to personify and enliven the Washington interview rituals of Sunday morning television. When the 58-year-old Russert died Friday afternoon of a heart attack in NBC's Washington newsroom, it felt grotesquely unjust. Not only because it was too soon and too sudden, but also because it seemed a cruel trick of fate for Russert himself to miss the final five months of the most riveting presidential campaign in decades.

TV news is built around illusion, from the powder-puff makeup artists to the off-screen producers dictating detailed instructions into the earpieces of the on-air talent. As a result, it remains the perfect medium for newscasters and guests to present themselves as something they are not. But there was no blow-dried artifice to Russert, no secret Svengali bequeathing him unearned wisdom. He came across in private conversations on the campaign trail pretty much as he did in public, as bright, bemused, bipartisan, Buffalo-centric and a bit bedazzled by his own good fortune in life. For all his televised ferocity when he trapped a sputtering politician in a web of contradictions, Russert was a true Happy Warrior. His devotion to his family, from his father, "Big Russ" (who now must endure the horror of burying a child), to his son, Luke, was legendary.

The Iraq war and the vicious political polarization of the past decade has created a cottage industry of media critics who dissect every syllable on television for evidence of bias, back-scratching and sheer boneheadness. Russert, because of his platform and prominence, was an easy target. By background and temperament, Russert was a natural establishmentarian, who was blessed with an optimistic faith in the long-term wisdom of the nation's political elites. Of course, Russert realized that some administration officials, some senators and some would-be presidents were dunces and dupes, liars and Lotharios. On balance, though, Russert believed in America's ability to muddle through even in the worst of times.

But the TiVo-toting taskmasters who critique Sunday morning TV performances rarely pause to appreciate how difficult it is for a questioner to derail a well-prepared government official or politician from reciting memorized talking points until the next commercial break. Russert's specialty -- unearthing an ancient quote that contradicts the current position of the "Meet the Press" guest -- sometimes had a shallow "gotcha" quality, but it also could be a potent antidote to the historical amnesia that afflicts so many in public life. A Russert "Meet the Press" interview also boasted a welcome level of civility that was at odds with the red-meat rants that have too often become the norm on cable television.

Washington may be the smallest place on the globe with pretensions to being the center of the universe. That is why there are ties that cross party and profession that link so many Washingtonians, based on career arcs, shared friendships, neighborhoods, children's soccer games and the vagaries of life in a confined geographic area. These personal bonds, combined with the emotional intimacy of a TV screen, help explain the devastating sense of loss that surrounds Friday's death. In a political world filled with spin and sin, hypocrisy and deceit, ego and entitlement, Tim Russert was one of the good guys. For months and maybe years, it will be hard -- so hard -- to adjust to Sunday morning coming down.